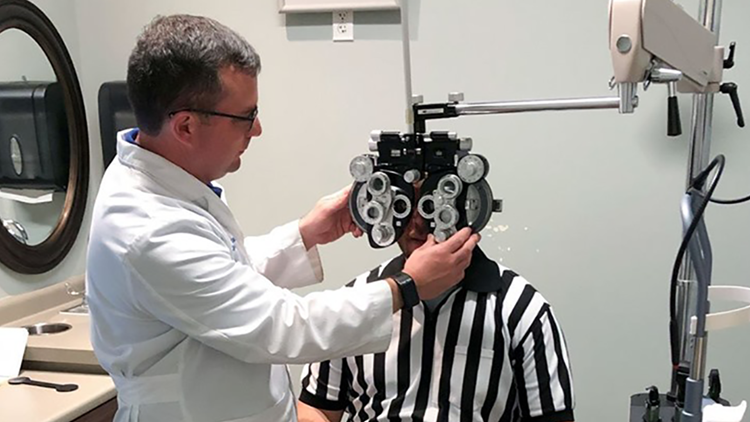 COVINGTON, La. — We're just hours away from the New Orleans Saints first preseason test against the Minnesota Vikings in the Mercedes-Benz Superdome.

In honor of the occasion, the medical staff over at Louisiana Family Eyecare in Covington extended a not-so-friendly offer for all NFL referees ahead of the 2019-2020 season.

Louisiana Family Eyecare
The cornea of a person with varies greatly from someone... without astigmatism. Astigmatism is recognizable when a cornea is shaped like an oval rather than a proper circle. If you are experiencing blurred vision, eye strain, or eye irritation, give us a call to schedule your comprehensive eye exam, (985) 875-7898.

The doctors, of course, are referring to the "NOLA No Call" in the NFC Championship that cost the Saints a ticket to Super Bowl LIII and sparked, besides the widely successful "Boycott Bowl" in New Orleans, changes to the NFL's pass interference rules starting this season.

RELATED: New Orleans rejects Super Bowl with half the rating of 2018 game

The post was shared more than 3,000 times in a few hours and received hundreds of comments that ranged from laughs and excitement for the new season, to reminders that the Saints could have (and should have) had their shot against the New England Patriots in Atlanta last season.

It's also not the first time Louisiana Family Eyecare posted the offer online. They had a similar post in January, following the Black and Gold's overtime loss to the Los Angeles Rams.

However you take the joke, it's clear the Who Dat Nation won't be forgetting the 2019 NFC Championship anytime soon.

The Saints face off against the Vikings at 7 p.m. The game will feature few starters and be mainly for draft picks and younger players to claim their spot on this year's roster.