A few years ago it was unclear if Bridgewater would ever hear his name chanted at an NFL game again. 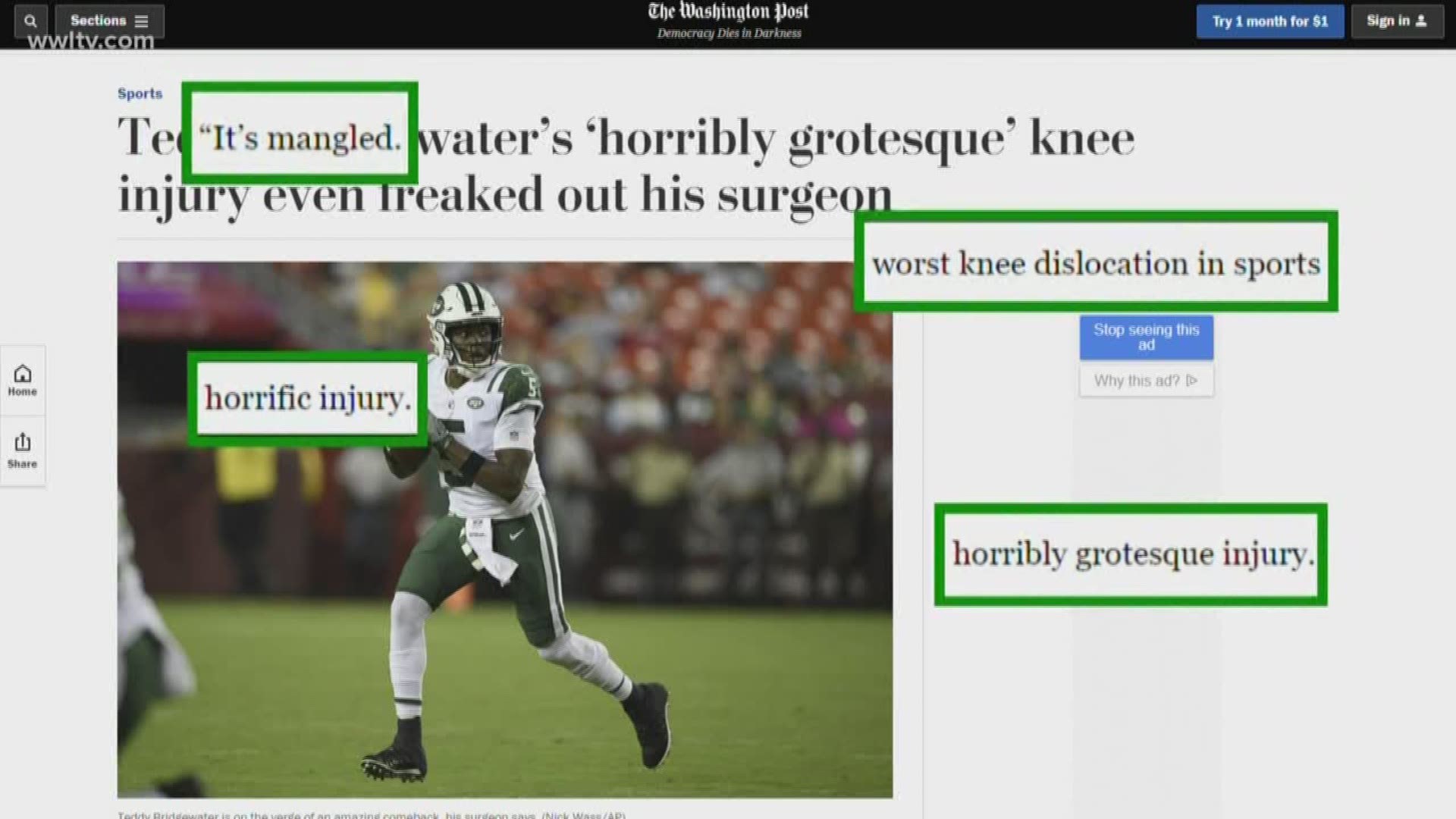 NEW ORLEANS — From the 'Teddy chants' inside the Superdome to those outside, the fans made it clear Sunday that they love Teddy Bridgewater.

But after watching him on the field, what many of you might not fully appreciate, is he is one of only a small percentage of high-performing athletes who has been able to come back after such a severe knee injury.

A few years ago it was unclear if Bridgewater would ever hear his name chanted at an NFL game again. A left knee injury sustained while turning on the Vikings practice field had his surgeon using words such as "horribly grotesque, mangled, like a war wound, horrific."

"You know, as I was out there on that ground, different guys came up, holding my hand, praying for me," said Bridgewater in 2017.

It was so devastating, he missed two years of play, but said it made him appreciate the small things in life.

"Whether it was learning how to walk and putting your pants on, just the little things you have to appreciate," Bridgewater said in 2017 as a Minnesota Viking.

RELATED: 'Teddy! Teddy!' Saints fans are all about Bridgewater

"This is the thing we always dread to see on the field," said Dr. Tim Finney, Orthopedic Surgeon and Sports Medicine Physician with Southern Orthopaedic Specialists in New Orleans and Metairie. He also consults with LSU Health Sciences Center.

Finney did not treat Bridgewater, but says he did a miraculous job coming back after three ligaments were torn and the bones dislocated.

"This is a year and a half, 18-20 month type deal before they could really come back, if at all. I mean, a lot of them can't come back to that level. We have two quarterbacks on the team who have come back from devastating injuries," said Finney.

He's referring to Drew Brees with his shoulder as well, which also happened before he was a Saint.

RELATED: What they're saying nationally about the Saints after win over Bucs

"It made me a better person. I can say that much. It made me very appreciative to life. You never know when something you love can be taken from you," said Bridgewater.

Both he and Brees earned it back with hard work from the heart and soul.

Bridgewater is lucky, in a way. Even though it is rare, this type of injury could have torn blood vessels and nerves, which could have meant loss of the use of his leg, or even amputation.

RELATED: Forecast: This might be the most fun Saints team ever