What to watch for next week from the Saints

The Saints lost to the Falcons 26-9, but it's likely just rust coming out of their bye week according to WWL-TV's analysts. 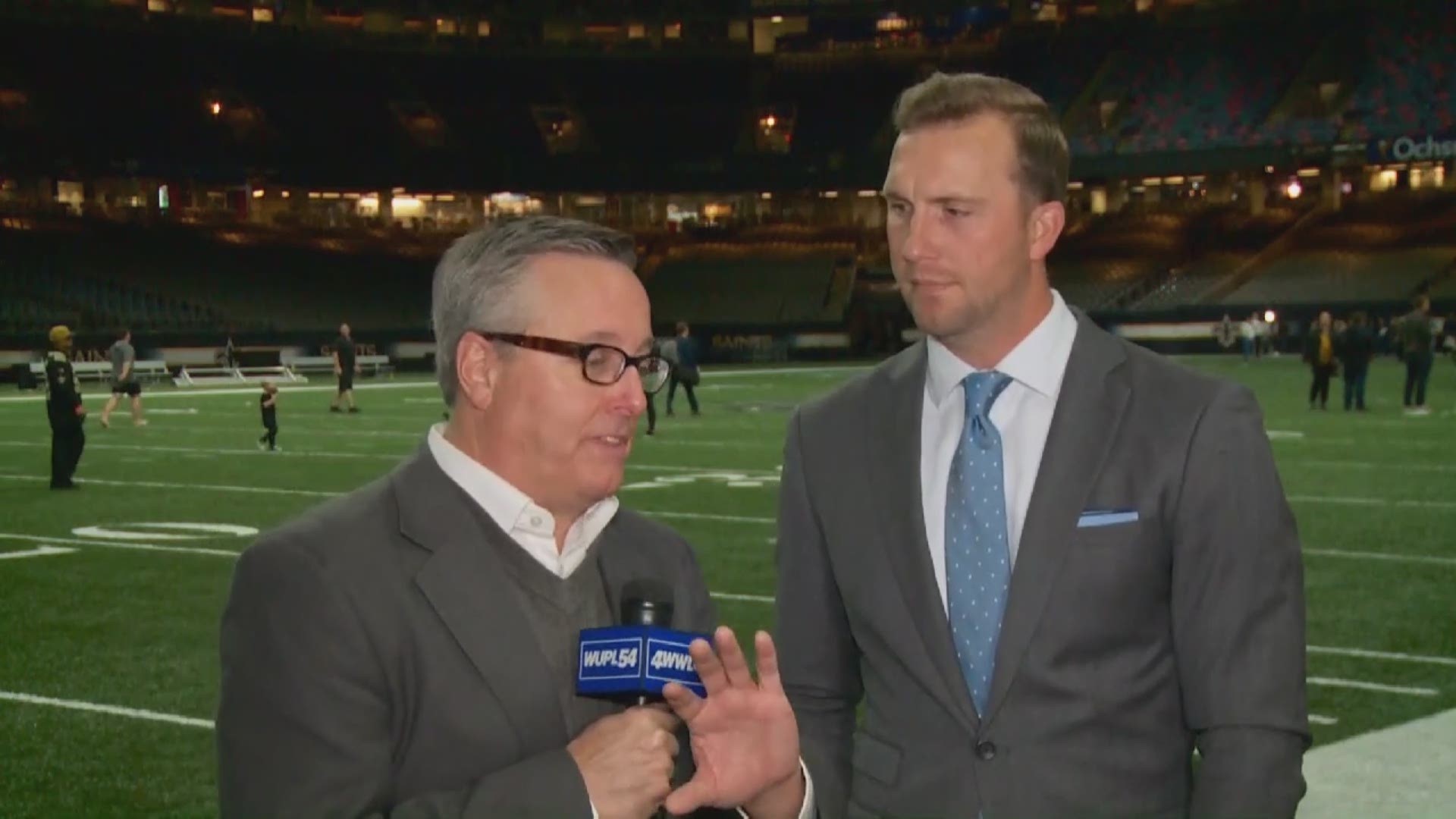 NEW ORLEANS — Doug Mouton and Andrew Doak from WWL-TV's sports team broke down what they were seeing from the Saints during the 26-9 loss to the Atlanta Falcons.

Here's the transcript of their post-game conversation:

Doug: A little post-Saints loss analysis. Let's start with the finish in the sense that: is this a blip on the radar, or is there something to be concerned about.

Andrew: I think it's just a blip on the radar I think sometimes coming out of a bye week and I'm not blaming it on this at all, you just come out with either reenergized or a little bit of rust and I feel like in the Saints' case it was obviously rust. I think the offensive line was the most disappointing thing to me because giving up six sacks, that tied the most that Drew Brees has ever been sacked in his career.

That's not something that you've seen from this offensive line. Usually, they are dominating the line of scrimmage and today they looked like they're barely hanging on for dear life.

Left tackle Ron Armstead, I know he was coming back from not feeling 100% this week. We actually asked to talk to him in the locker room, and his voice was gone so I don't know if he had the flu or what, but he wasn't feeling 100% and so I think you just kind of lick your wounds this week, get back into divisional play, and try to, you know, get some momentum back down this back half of the schedule with seven games remaining.

Doug: Yeah I agree, 100%, and again the offensive line has so not been the problem in the seven and one start, it's been maybe the single most impressive unit. They've kept Teddy Bridgewater clean, they kept Drew Brees clean.

Not only did they give up six sacks but the Saints rush for, I think it's 52 yards, and then they give up 142 yards rushing. In any level of football, from peewee to NFL, if you get almost tripled in rushing yards, you're just not going to win that game.

Andrew: That's not a good combination.

Doug:  So I would agree. I think it's sort of a blip. The Saints' inability to get off the field on third down was just frustrating to watch.

Andrew: Yeah, I thought that Atlanta's ability to run the football was something that really shocked me coming this game. They walked in, number one in yards per game passing. And a lot of that was because they were down in every game so they had to throw, but to finish with over 140 yards rushing for a team that averages like 60, they were like 29th in the NFL and rush yards per game.

They didn't allow a 100 yard rusher but just the totality of Freeman and all their guys being able to run the way they did, they controlled the clock the way they wanted to, limited the amount of possessions for the Saints, and it ended up being a giant factor in the game, but both sides of the offensive and defensive line, something that's controlled every game for the same so far this season, was nowhere to be found today which was really odd.

Doug: It was really upside down for today. I don't know if this really has any truth, ever. But sometimes people say you need a little humbling experience to be better the next time, you know, we kind of needed to be brought down to earth. Do you think this team needed that or could at least find value in: "you know what, we're going to have to come out 100 percent," or this is going to happen again.

Andrew: You could maybe find value in it. I would say though that, like, for the Patriots, for example, I feel like every championship year they've had there's at least one game where you just get...

Andrew: Yeah, and last week against the Ravens was maybe their example: where you just kind of get pounded, and nobody really sees it coming. It's kind of a shocking score when you see it around the league and the next thing it's back to business and it's like nothing happened.

I think the one thing that concerns me a little bit too, for the Saints offense, I don't feel like they have that number two receiver still. And I thought that that really hurt them at moments today.

It all started with the offensive line. You know, Brees wasn't able to move up in the pocket, his inability to extend plays was a, you know, big part of the offensive line not playing well, but you know they didn't make any moves at the trade deadline and look at, you know, Trayvon Smith made one big catch he also had one big drop.

You didn't hear much from Ted Ginn. Alvin Kamara didn't seem like he was 100% today.

Doug: He did not.

Andrew: And they didn't really try to run the rock that much, of course because they got downed and they really couldn't, but that's the one concerning thing for me, I think, for the Saints offense is that secondary weapon outside of Michael Thomas, because even though he had over 100 yards receiving it didn't feel like he had that great of an impact on the game.

Doug: I agree completely, we think, and I agree with Andrew on this, that it's a blip on the radar and the Saints are going to come back strong next week, but there are some things that you're going to have to watch in the next few weeks.

RELATED: By the numbers: Saints take 6 sacks, kept the ball for 26 minutes

RELATED: What they're saying nationally about the Saints loss to Atlanta