Remember when they were the New Orleans 'Aints?

Many Saints fans are too young, or too new, to remember the time of paper bags over the head. 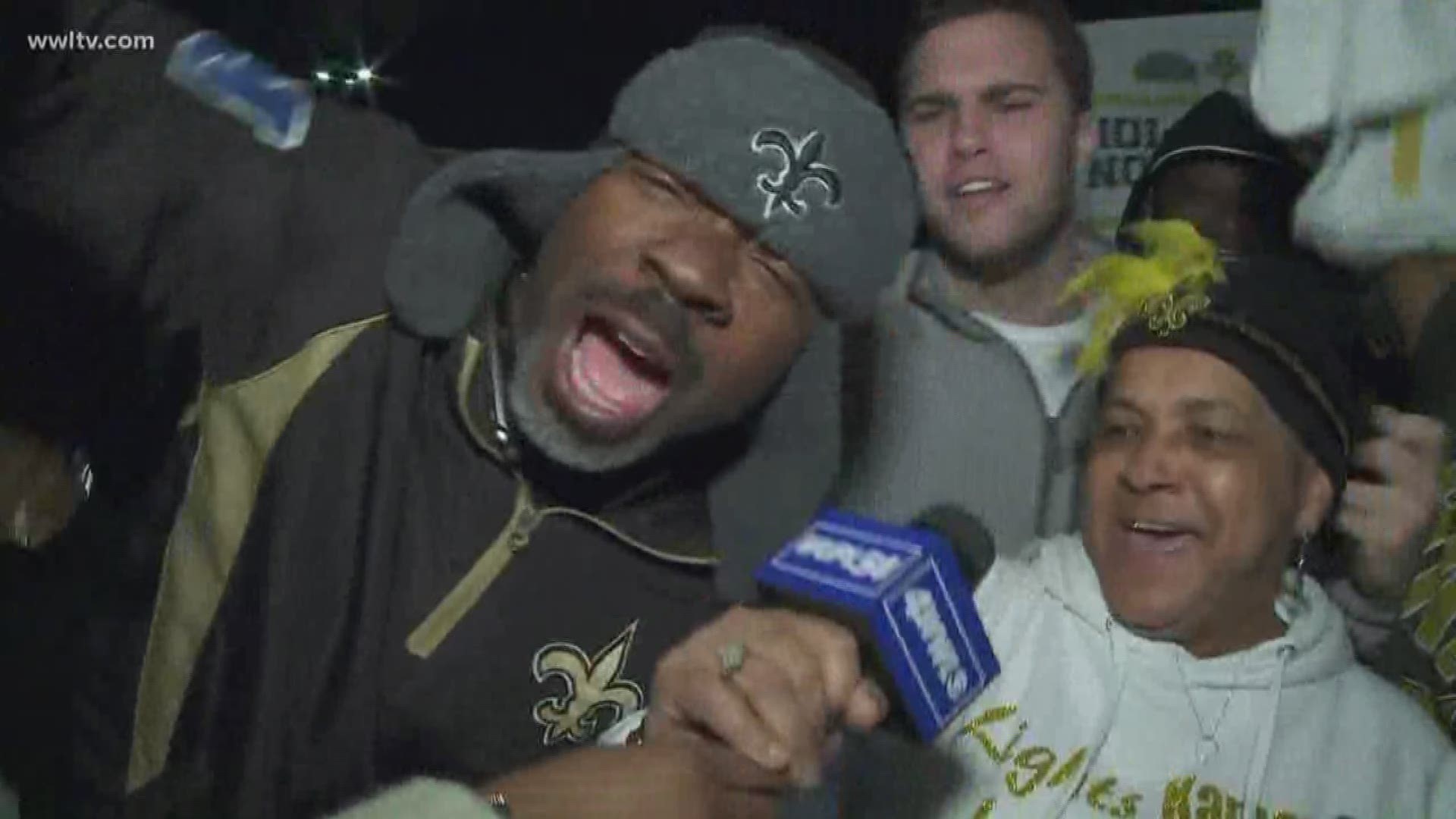 NEW ORLEANS — Kids these days don't quite remember the Saints leaner years.  In fact, a whole generation has grown up watching Drew Brees win the Super Bowl and become one of the best quarterbacks of all time.

But it wasn't all roses.  A couple of generations before this one, Saints fans couldn't even go to a game without a bag over their heads.

Coulon, a baker at Sugar Love Cakes in Slidell, has been a fan pretty much since the beginning, and she recalls the team could often be hard to watch.

"It was an embarrassment you put your mask on you can't see the fan."

The Aints, however, is not how Coulon's 15-year-old co-worker Brielle Bell knows the Black and Gold.

"In our household, everybody was screaming, I'm pretty sure we had a tailgate party that year, it was phenomenal and it was a big inspiration to [people in] New Orleans and to Slidell that were watching the game," Bell described of the final game back in 2010.

Watching the Saints hoist the Lombardi trophy would have been an incredibly special memory for Bivian "Sonny" Lee III who's late father, Bivian Lee Jr., played cornerback during the 1970s era.  He remembers those "tough" years.

"I think they won two games a year, I don't know if it was more than two games while my dad was playing in the early 70s," he said.

Lee wasn't born until 1981, but he had heard a lot about the signs and saw some of those bags come back later in the 80s.

"Often," he said, of how many times he'd see people wearing paper bags over their heads at games he attended.

Despite that, Lee is glad things have turned around, especially for the hundreds of teen boys he's now in charge of mentoring through the Son of A Saint organization.

These young fans, fortunately, don't have to go through the agony of being a fan in the start-up years. Fans like Jamal Polk saw the Saints win the Super Bowl when he was barely out of diapers.

"Four," that's the age Polk told Eyewitness News he was when the Saints won.

Unlike Lee, 14-year-old Polk has grown up watching a lot of wins, and players like Michael Thomas and the great Drew Brees.

But whether you grew up watching the Aints, or the explosive powerhouse that is now the modern day Saints...

"Drew Brees showed up and he was our good luck charm," Coulon added.

All generations can agree, they could not be more excited to cheer on the Saints who call their home New Orleans.