The Mercedes-Benz Superdome will need a new name by July, because that's when the current naming-rights deal expires. 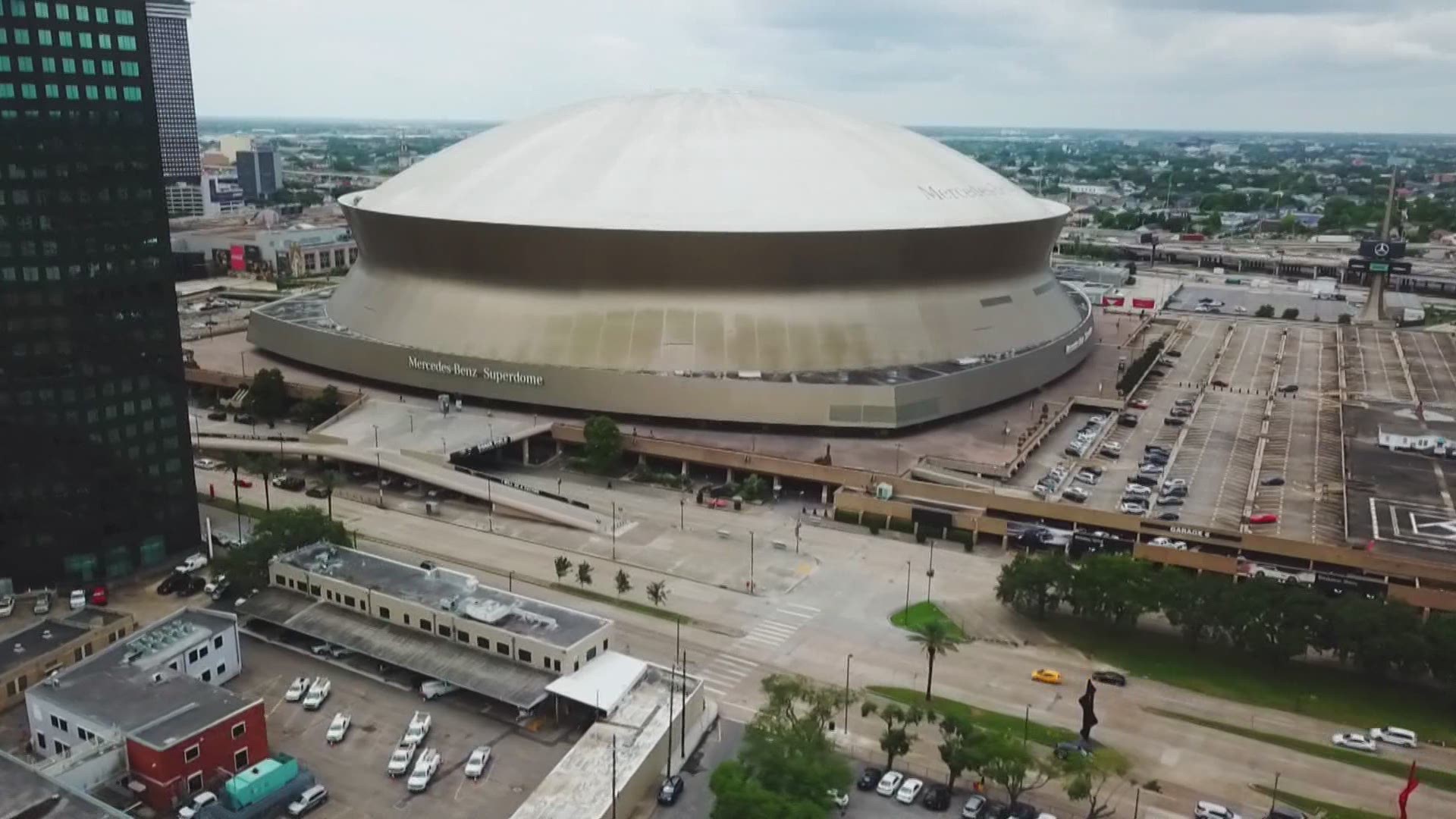 NEW ORLEANS — The Superdome could have a new name soon, with sources reporting to The Athletic that the New Orleans Saints are close to a deal with Caesers Entertainment, Inc. -- commonly known for the Las Vegas casino and locally as the owner of Harrah's -- for a 20-year agreement to the building's naming rights.

The Mercedes-Benz Superdome will need a new name by July, because that's when the current naming-rights deal expires.

Despite several reports on the deal, the Saints say that officially, nothing has happened yet.

"Mercedes-Benz is currently under contract until July of this year as the naming rights partner," said Greg Bensel, the Saints' Senior Vice-President of Communications and Broadcasting. "We do not have anything official to report as there is not a signed deal with any company at this time. We continue to have conversations with numerous interested companies."

The Louisiana Superdome became the Mercedes-Benz Superdome in 2011 thanks to a 10-year contract with the German auto manufacturer. But since then, Mercedez-Benz has also purchased the naming rights to Atlanta's Mercedes-Benz Stadium.

There's no word yet on what the Superdome's new name would be. If it is named for Caesers, Harrah's or any of the parent company's other affiliated casinos, it would be the first NFL stadium named after a casino.

Jeff Duncan and Daniel Kaplan of The Athletic first reported the news Wednesday.