This year, the NFL will emphasize its initiatives and commitment to bringing about racial equality and social justice. 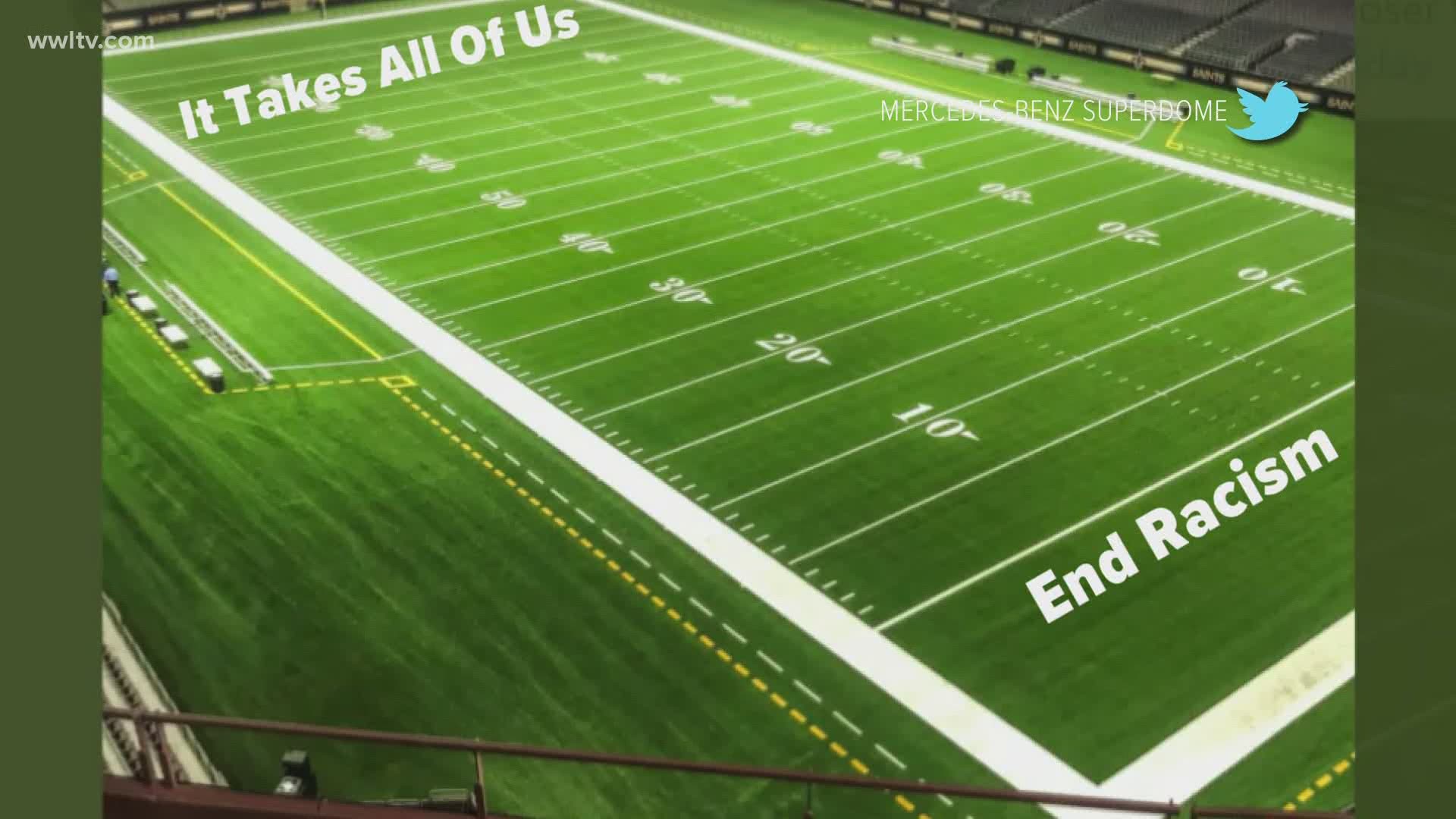 NEW ORLEANS — The NFL’s 2020 season will be unprecedented and not just because of the Coronavirus and fewer fans in the stands.

The league is taking a large and visual stand against racism.

Wednesday, – crews in New Orleans worked on signage outside the Mercedes Benz Superdome.

Inside, the turf is down, and we are one step closer to the Saints home opener on Sept. 13.

This year, the NFL will emphasize its initiatives and commitment to bringing about racial equality and social justice.

“I think that uncomfortable conversation is most definitely necessary right now,” Favorite said. “I think this does put the league going in the right direction for the systemic issues we’ve been dealing with in America.”

NFL Commissioner Roger Goodell confirmed the phrases "It Takes All of Us" and "End Racism" would appear in NFL end zones this season.

Saints fans walking by the dome applauded the league for taking a stand.

“Showing unity and peace in this world,” Emile Young said. “That’s what we need for everyday life.”

“It needs to end, honestly,” Wendy Saddy said. “It’s freedom of speech and it sets a good example.”

Braden Robinson decided not to renew his Saints season tickets when players started kneeling in protest during the national anthem.

The 22-year Army veteran said he agrees with the cause, but not the forum.

“I don’t think anybody wants politics interjected into sports, at all,” Robinson said. “It’s not what you pay for. People go to games to relax. They go to escape.”

Favorite is asking football fans to open their hearts and minds to ending systemic racism in all its forms.

He maintains the issue is very real to millions of Americans, including himself.

“I’m a big black man and it’s scary to travel, I’ll be honest with you particularly when I’m by myself,” Favorite said. “It’s a nervous feeling when get pulled over by the police because you don’t know how that situation may end.”

The league will also allow decals on the back of players’ helmets or patches displaying names or phrases to honor victims of racism and police brutality.