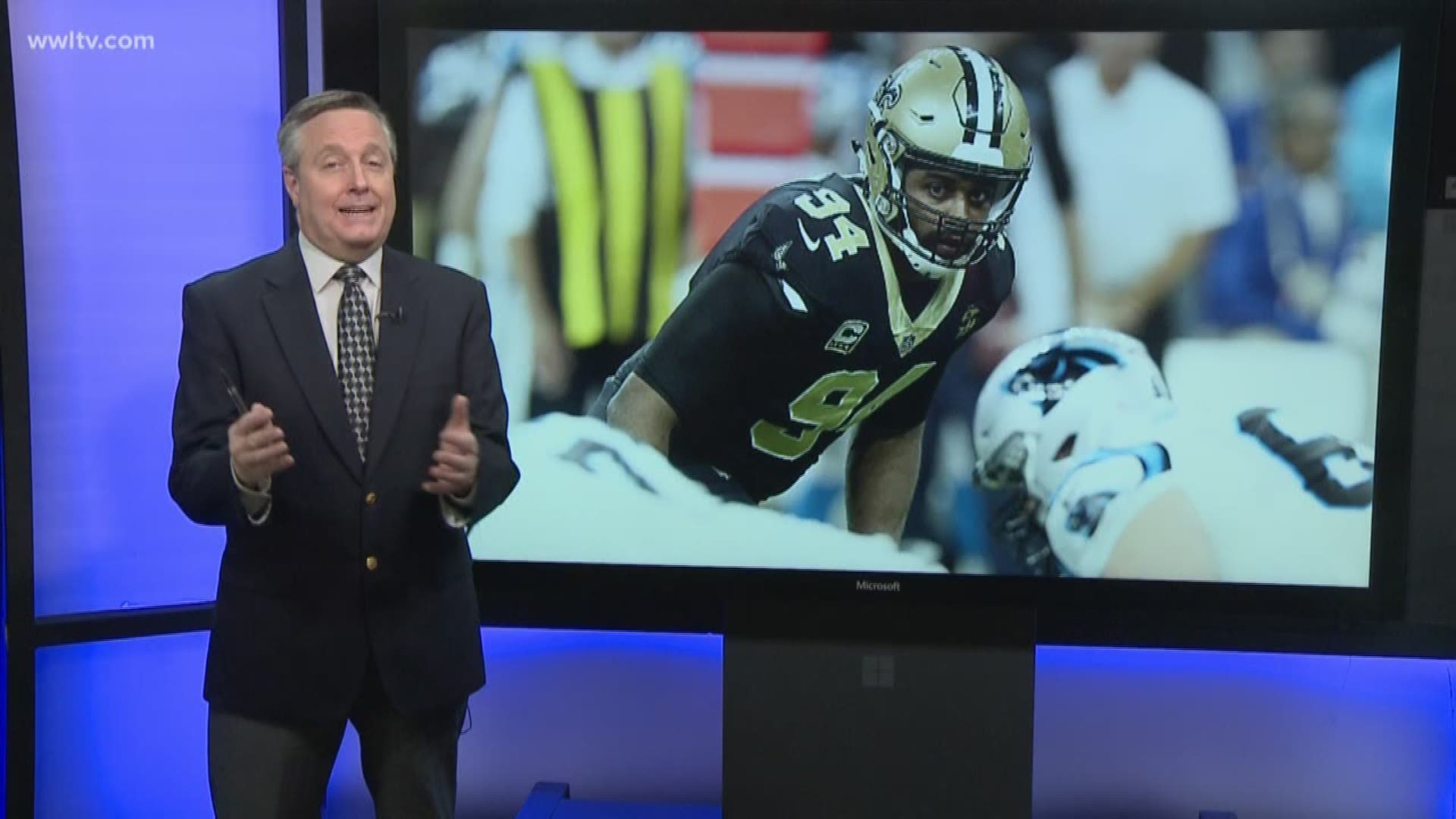 METAIRIE, La. (AP) — Saints defensive end Cameron Jordan, who has been New Orleans' sack leader in six of the past seven seasons, has agreed to a three-year extension worth up to $55.5 million, a person familiar with the situation said Tuesday.

The person spoke to The Associated Press on condition of anonymity on Tuesday because the extension, which follows the two years left on his current contract and runs through 2023, is not expected to be signed until Wednesday morning and has not been announced.

Jordan, who spoke after a minicamp practice on Tuesday, said an extension had not been signed, but hinted that a verbal agreement was in place and stressed that he intends to play in New Orleans as long as possible.

"We might dance tonight," Jordan said. "My son's fourth birthday might be a little better today. My daughter turns 1 tomorrow, so someone's going to have a heck of a birthday.

"I've always said it's not about being the highest-paid player for me; I've got personal goals," Jordan said. "As embedded as I am in this community, as much as I love this place, as much as my family is at home here, uprooting isn't really an option for me."

Several defensive ends average a little more than $20 million annually in salary and bonuses, more per year than Jordan's extension would pay. Currently, Jordan is in the midst of a five-year extension worth up to $60 million.

Since signing that deal three seasons ago, he has been named All-Pro in 2017, when he had 13 sacks and has averaged more than 10 sacks per season, including 12 in 2018.

The 6-foot-4, 287-pound Jordan, a 2011 first-round pick who'll be 30 this season, also has become adept at deflecting passes. He has batted 23 passes the past three seasons and deflected one to himself for a touchdown in 2017.

Saints coach Sean Payton said a contract extension for Jordan is "much deserved."

"He's someone that has been extremely productive," Payton said. "He's one of the better defensive ends, run and pass. I'm glad he's on our team."

Jordan's father, Steve, was an NFL tight end who spent his entire career with Minnesota.

"My dad played for the Vikings for 13 years. I always said I want to be with the same team for the rest of my career," Jordan said. "This gives me an opportunity to extend to however long we go."

Jordan joined the Saints two years after their only Super Bowl title. He has been part of two teams that lost divisional-round playoff games in the final seconds in the 2011 season at San Francisco and the 2017 season at Minnesota.

Last season he was a defensive leader on a Saints team that lost the NFC title game in overtime after the officials' disputed decision not to call late pass interference and helmet-to-helmet contact penalties against Los Angeles Rams defensive back Nickell Robey-Coleman.

In discussing his comfort in his adopted home city, Jordan said he has long enjoyed riding his bicycle around town and that "everybody knows me at the grocery store."

"My familiarity here has been welcomed," he added. "At this point, I feel like I am part of the city. Still need a Super Bowl, though."

Notes: Quarterback Drew Brees, who missed voluntary practices last week because of his trial in a lawsuit alleging he was defrauded by a San Diego jeweler, remained in California for trial and missed the first practice of mandatory minicamp. Payton hardly sounded concerned that Brees' absence from a June practice would hurt the team's performance when games count in September. "When we're used to having someone like Drew, who's been here, shoot, going on Year 14, obviously it's different," when he's absent, Payton began. "And yet other guys are getting the work. And his preparation — there's that part of you that knows he's going to be obviously ready for training camp." A beneficiary of Brees' absence has been backup Teddy Bridgewater, who has been taking first-team snaps.