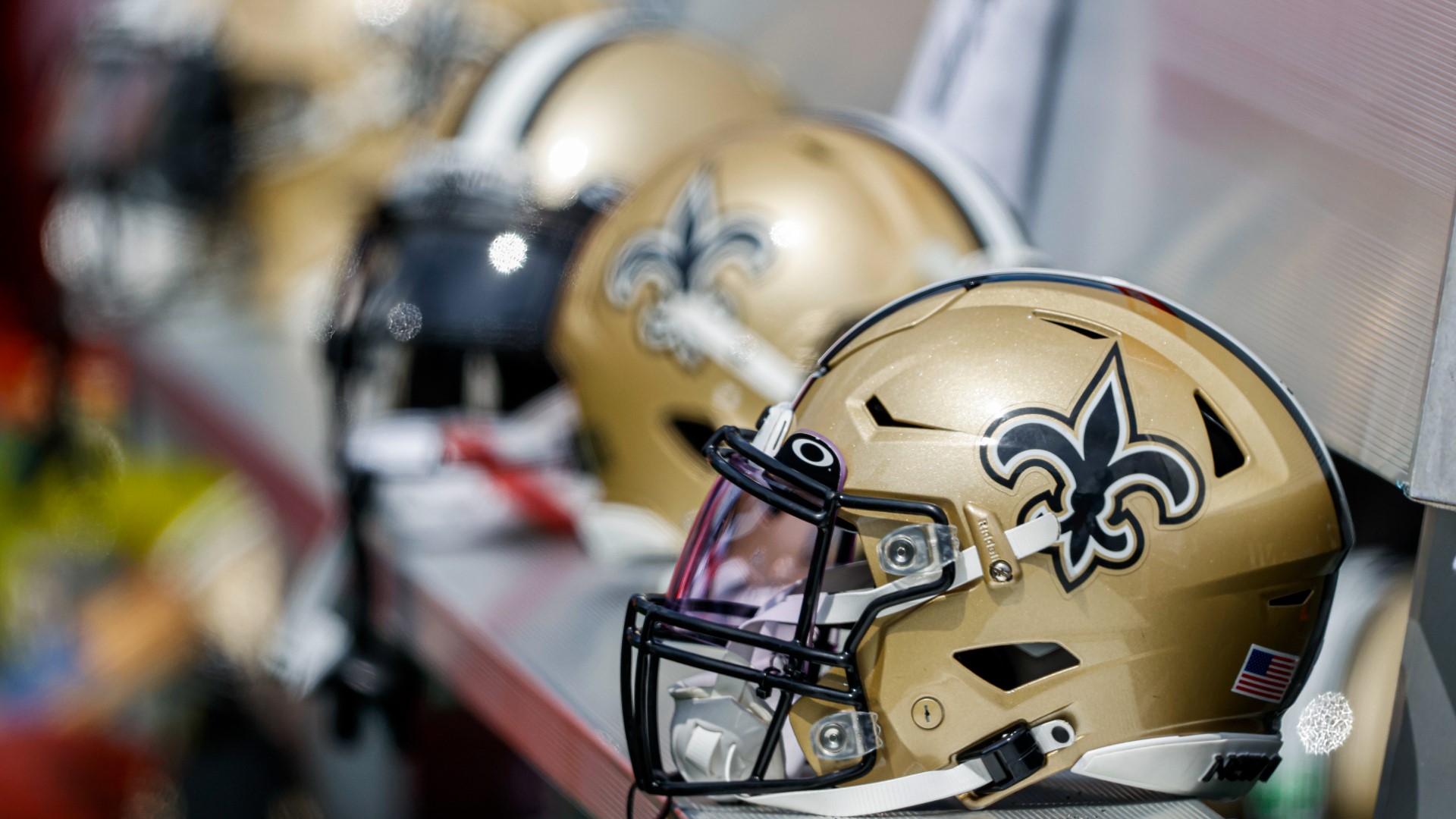 NEW ORLEANS — In their first home game of the season, the New Orleans Saints were defeated by the New York Giants 27-21 in overtime.

The Saints were in control for much of the second half before blowing an 11 point fourth-quarter lead. They never got a chance in overtime as the Giants won the toss and elected to receive the ball.

With a chance to clinch the game the Giants went 75 yards in 9 plays for Saquoun Barkley's game-winning touchdown run.

Both teams started slow and the 1st quarter ended 0-0.

New York scored the first points of the game on an unusual touchdown. Daniel Jones found John Ross open for a 51-yard pass that Ross fumbled as he was being tackled into the endzone. Ross quickly got up to recover it in the endzone for a 7-0 Giants lead with just under 9 mins remaining in the second quarter.

"We should be running to pick that up," said Payton

On the following drive, Jameis Winston led the Saint's offense down the field for their first touchdown of the game. Alvin Kamara and Taysom Hill were both and converted key third downs.

The balanced drive ended with Winston connected with Juwan Johnson for a 15-yard touchdown catch to tie the game.

Kamara rushed for 120 yards on 26 carries but did not have any receptions.

At halftime, the game was tied at 7.

Winston came out firing in the second half finding Marquez Callaway for a 58-yard gain on the first play. Two plays later Taysom Hill broke eight tackles on an 8-yard touchdown run to give the Saints a 14-7 lead.

Winston completed 17 of 23 passes for 226 yards and one touchdown.

Shortly after the Giants responded with a 23-yard Graham Gano Field goal to cut the lead to 14-10 with 8:40 left in the third quarter.

Winston responded again with a deep pass to Kenny Stills for a touchdown that was called back because of a holding call. On the very next play, Taysom Hill checked in attempted to throw deep but came up short and was picked off by James Bradberry.

The Saint's defense stepped up and forced the Giants off the field after the turnover.

Hill scored for the second time of the day on the same play from an earlier to give the Saints a 21-10 lead.

It appeared the Saints had the game in hand and both teams punted on their next drives.

After the Saints three and out Jones found Barkley streaking down the sideline for a 58-yard touchdown. The Giants went for two and Jones ran it in to cut the Saints lead to 21-18.

The Saints had a chance to put the game away but a delay of game penalty pushed them back and they punted the ball off to the Giants with 3 minutes remaining in the contest.

Jones led the Giants on an 11 play drive for 59 yards to set up Gano for a 48-yard field goal to tie the game.

With 31 seconds remaining in regulation the Saints had their final chance to win. Winston attempted a pass to Deonte Harris that sailed out of bounds. After that Payton decided to run the clock out and head to overtime where the Giants would go on to win.