The chairman of the LSED says if the Saints played a football game tomorrow with 100 percent capacity for fans, the city would make the dome mandate masks for all. 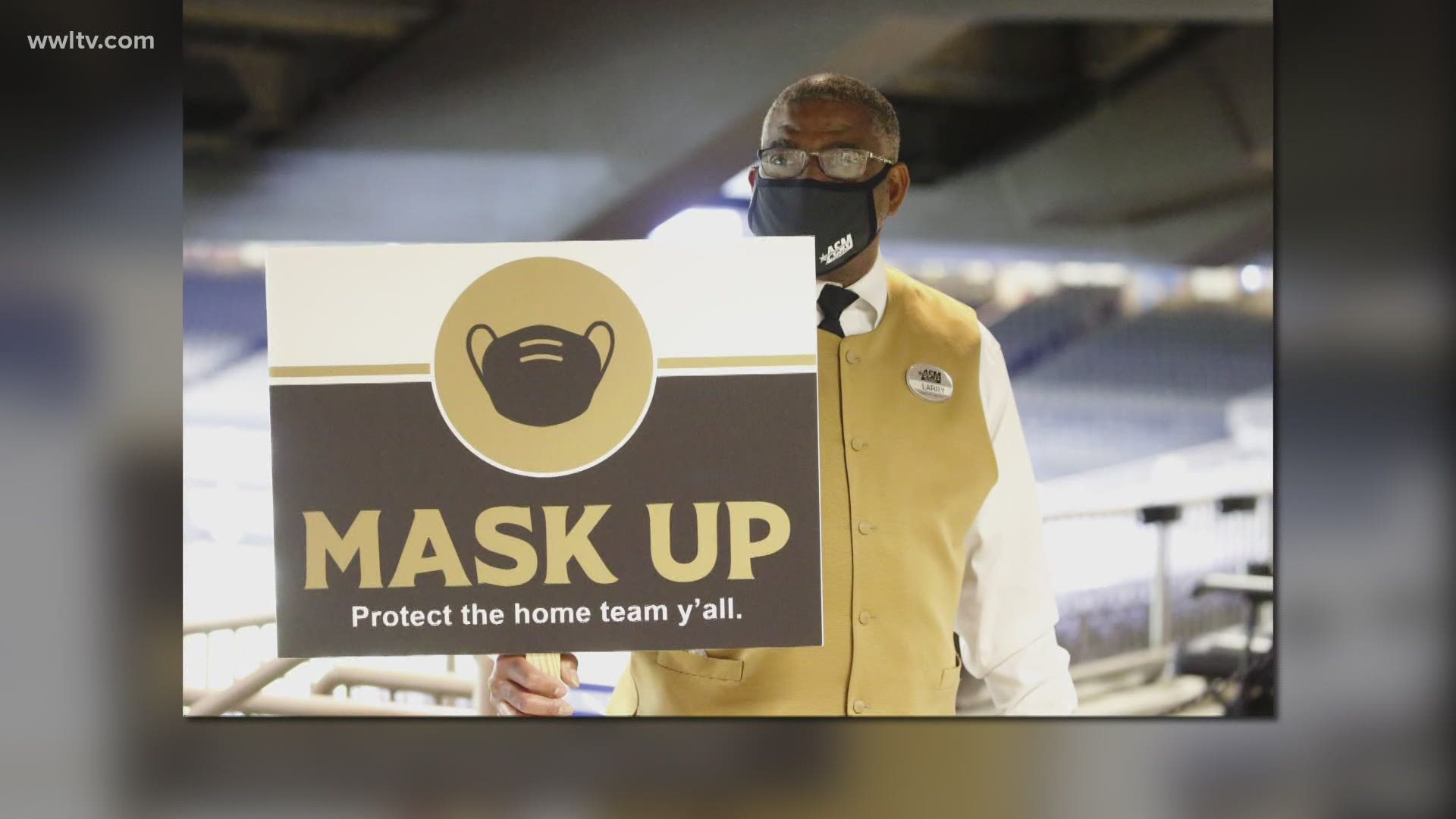 NEW ORLEANS — The dome field advantage should be back this Fall.

Last season, only a small percentage of Saints fans were allowed in the Mercedes Benz Superdome because of the pandemic. This season, the city of New Orleans is expected to allow a packed house. But there’s a catch.

Kyle France is the chairman of the Louisiana Stadium and Exposition District the state board that manages the dome and Smoothie King Center.

“I think it’s pretty clear if we were to have a football game tomorrow in the Superdome with 100 percent capacity, the city would mandate us to have 100 percent of our fans wearing a mask,” France said.

The Saints first preseason home game is less than two months away. France says a mask mandate was the better of two options.

“There’s also the option of going to proof of vaccination or proof of a negative Covid test, that becomes very difficult to police in an environment with 70,000 people,” France said.

Team VP Greg Bensel said in a statement, “The New Orleans Saints would not, and will not, require proof of vaccination for fans attending our games. as our community vaccination rate continues to improve over the summer, we fully expect and intend to be able to begin the season without masks being required.”

Saints superfan Leroy “Whistle Monsta” Mitchell has been practicing with a mask on under his helmet.

“I’m ready to get back in the dome and have some fun with some people and just go off,” Mitchell said.

He’s okay with a mask if it allows him to watch the Saints in the dome for the first time in more than a year.

“You don’t know who’s vaccinated and who’s not, the only other thing to do to protect everyone is to wear a mask,” Mitchell said.

Saints season ticket holder Andre Slolviev hopes if there is a mask mandate, it’s only temporary.

“Hopefully, it wouldn’t last the whole season,” Slolviev said. “Hopefully, it will just be a game or two to see how things are. I don’t have a problem with it. I’m ready for some football.”

According to the Saints,100 percent of the team’s coaching and football operations staff is fully vaccinated, and the team is among the top three in the NFL in player vaccination rate. The Saints maintain, if the Who Dat Nation follows their lead, there’s a lot better chance fans won’t have to wear a mask to attend their games.

"As we have stated in the past, we encourage everyone who is eligible in our community to get vaccinated to protect themselves, their families and their neighbors.”

The city has less than two months to raise vaccination rates before the first pre-season home game.

The Saints take on the Jacksonville Jaguars in the dome on August 23.

RELATED: Superdome will require masks or proof of vaccine for 100% capacity

RELATED: Mike Hoss named Voice of the Saints, to do play-by-play for radio