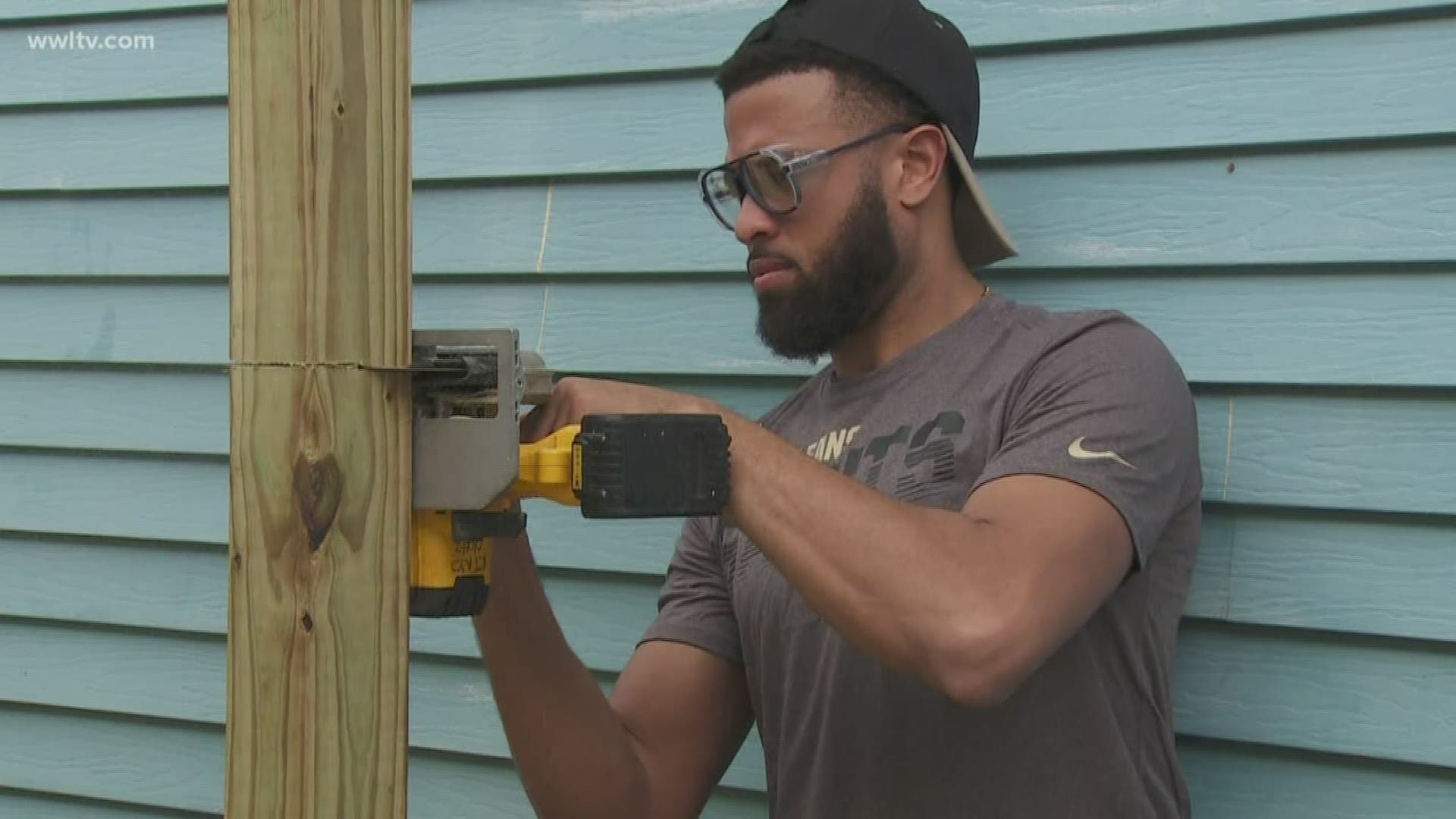 They’re not the most experienced craftsmen, but the effort is definitely there.

“I never touched a power drill in my life, but I'm out here today doing it.  Just doing it for somebody else that's in need, it just brings a whole different special feeling to it,” Defensive Tackle Taylor Stallworth said.

“It’s a beautiful feeling inside to know you can help somebody any moment, given that we're always busy, we're professional athletes so there's always something that's on our agenda, but to stop here come in the community to help somebody is huge,” Receiver Keith Kirkwood said.

“I couldn't believe when they said the Saints were coming to help. I said, Oh my God. I told my husband last night, 'you know what, we are special,’” Doreen Hills said.

They felt special because a large group came out to St. Roch Wednesday to help the Hills. About a dozen Saints players came, including Mike Thomas, Marcus Davenport and David Onyemata, along with several volunteers from the law firm of Dudley Debosier.

“The only way that we get our work done is through volunteers, and we have about 1,000 volunteers a year support us, but we need partners like Dudley Debosier and the Saints to come out, bring their team, bring their resources,” William Stoudt with rebuilding New Orleans said. “And they're the ones that make these types of projects happen.”

Rebuilding Together New Orleans helps low income families around the city for free. The Hills project is extensive. For the past three years, Jerry Hills has been crawling up and down his steps.

“Coming up on my bottom, it’s been rough,” Jerry Hills said.

But it won’t be after today. The crew is building an ADA compliant wheelchair ramp, but also doing some siding and painting. They’ll widen doorways and get this house completely up to code.

“This is something that people kind of forgot about,” Stoudt said. “So many people need help. We get hundreds of calls every year, so we're only helping a fraction of the people who need help.”

Rebuilding Together New Orleans does about 40 projects a year around the city, many still Katrina related. They say, maybe the most valuable thing about having the Saints out here is the publicity it generates to help them get more volunteers and more funding for their next project.

“There's a lot of people that want to help, they don't know that an organization like this exists,” Chad Dudley said. “Doing something like this, not only helps one house, but it helps them get volunteers for other projects and that's a good thing.”

And by this afternoon, Jerry Hills was using his wheelchair ramp for the first time.

“So, I thank the team for coming out,” he said. “I appreciate what they're doing. I really do.”