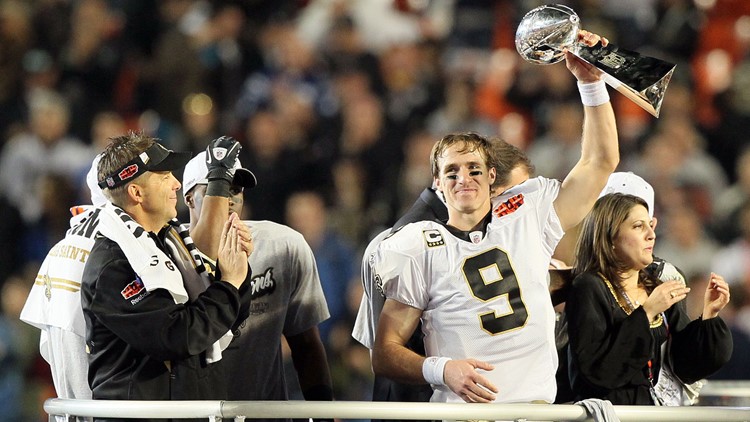 No.1 in our hearts, but what about on the all-time list?

USATODAY published a ranking of the Top 100 NFL Teams of All Time, putting the Saints on the list just twice. Can you guess where?

The Super Bowl Saints will be remembered as the best team in New Orleans history for obvious reasons, but two seasons later the Saints put together an offensive juggernaut that almost took them back to the championship.

Brees threw for 46 touchdowns and 5,476 yards. The team scored a franchise-best 547 points and had a 208-point differential.

Unfortunately, their post-season run ended in the divisional round against the San Francisco 49ers with Alex Smith and Vernon Davis scoring a game-winning touchdown with just seconds left in the game.

Anybody who says the Super Bowl Saints aren’t the best team in Saints history is either A: On this year’s roster, or B: Just being difficult.

The 1985 Bears are at the top of the list. Anyone who was watching football in ’85 will remember why.

The undefeated 1972 Miami Dolphins came in at No. 5, losing some respect for their soft schedule.

As for the Bellichick-Brady Patriots dynasty, their highest ranked team comes in at No. 17: The nearly-undefeated 2007 Patriots who lost to the underdog Giants led by New Orleans’ own Eli Manning.