Nearly 15 years after Saints receiver Joe Horn celebrated with his own flip phone, Thomas gave a nod to Horn with a hidden device. 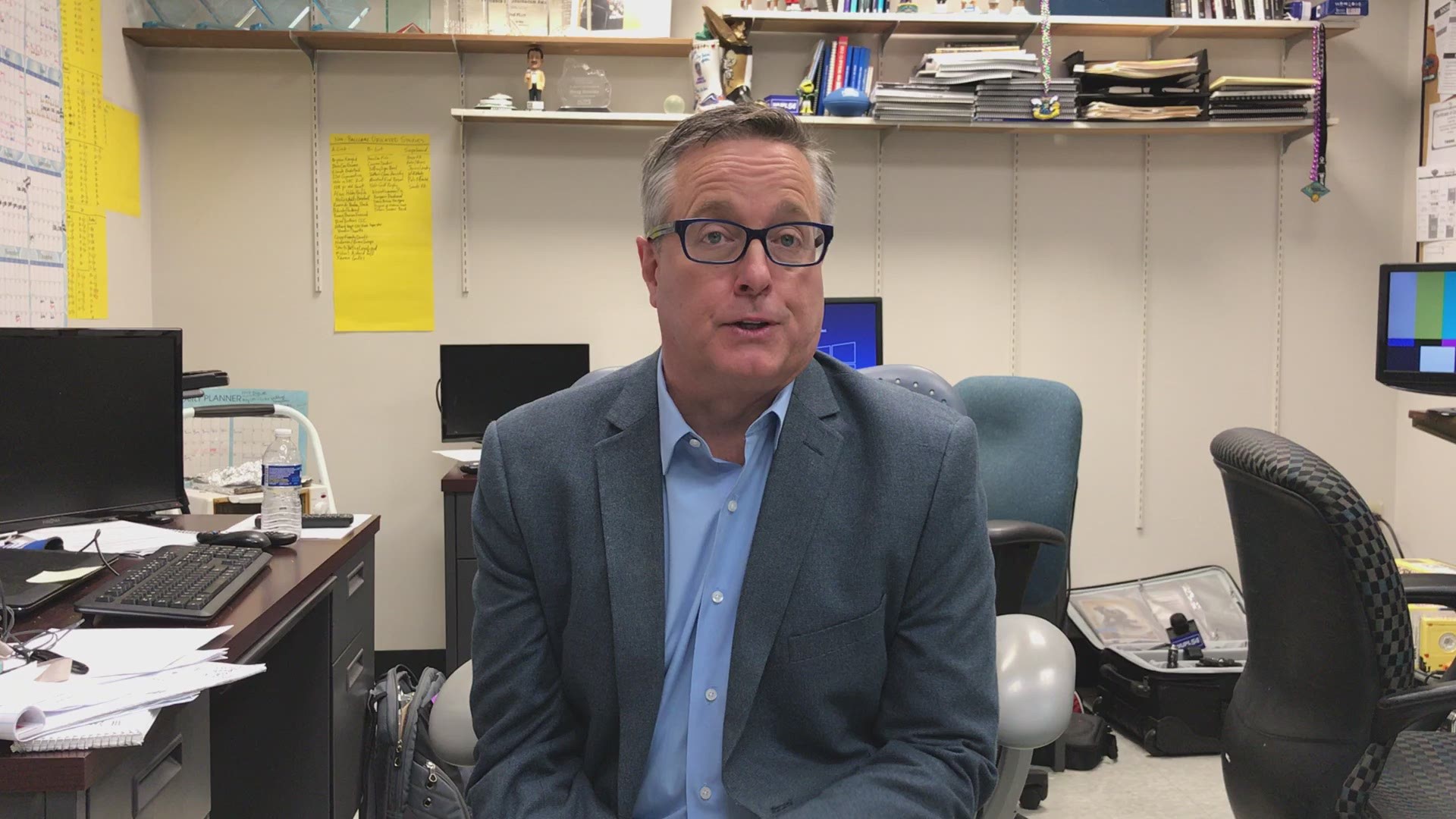 Wide receiver Michael Thomas burned Rams cornerback Marcus Peters on a 72-yard bomb to extend the Saints' lead to 45-35 with 4:02 to play in New Orleans.

Then Thomas, with 12 catches for a franchise-record 211 yards and a score in the Saints' win, pulled a flip phone from beneath the goal post.

He appeared to dial and held the phone to his ear.

"I had my plot set up," Thomas told reporters after the game. "I had it set up to where I was anticipating to get in the end zone."

The move set Twitter on fire with both Joe Horn and Mike Thomas becoming the top trending topics in New Orleans.

How did he know which side of the field to place his prop?

Thomas covered his bases, hiding a flip phone under a goal post in each end zone.

His celebration was a nod to legendary Saints receiver Joe Horn, who famously celebrated with his own hidden flip phone after a December 2003 touchdown vs. the New York Giants.

Horn played for the Saints from 2000-06 and is in the top five in almost every receiving category for the franchise.

He saw Thomas' celebration while working out in Tupelo, Mississippi, per NOLA.com columnist Jeff Duncan, and even purchased the Pro Bowl receiver's jersey in the aftermath.

“When I saw him bring out that cellphone, it brought a tear to my eye,” Horn told Duncan. “For him to pay homage to me in that way...that’s something that some kids don’t do, to pay homage to an old soul.

"For him to do it on a national stage took a lot of courage. I’m humbled."

“This is too big of a game to be risking those kind of yards,” lead FOX NFL analyst Troy Aikman said of the 15-yard unsportsmanlike conduct Thomas generated for using a prop to celebrate.

“Can you hear me now? Good.” pic.twitter.com/kKEgZHEOvy

MICHAEL THOMAS PULLED OUT A CELLPHONE FROM UNDER THE GOALPOST WORD TO JOE HORN pic.twitter.com/8PiWfapP4Z

Michael Thomas a beast and that throwback Joe Horn celebration just made me even more of a fan! ✊🏾

But for real, where did Michael Thomas find a flip phone in 2018

Horn played for the Saints from 2000-2006, and is top-five in virtually every receiving category for the franchise. Horn did the famous cellphone celebration after scoring a touchdown against the New York Giants in a game in 2003.

Thomas wasn’t alone with the creative Saints touchdown celebrations Sunday. New Orleans tight end Benjamin Watson, after a 13-yard score in the second quarter, tucked the ball under his jersey.

Watson rubbed his stomach, raised his left hand waving, and then lifted one finger on his right hand followed by a second.

“Watson confirmed,” the Saints tweeted after the game. “Twins are on the way! What a way to announce."