Saints minicamp is here, and Who Dat fans are ready

The first day of minicamp brought a crowd filled with excitement. 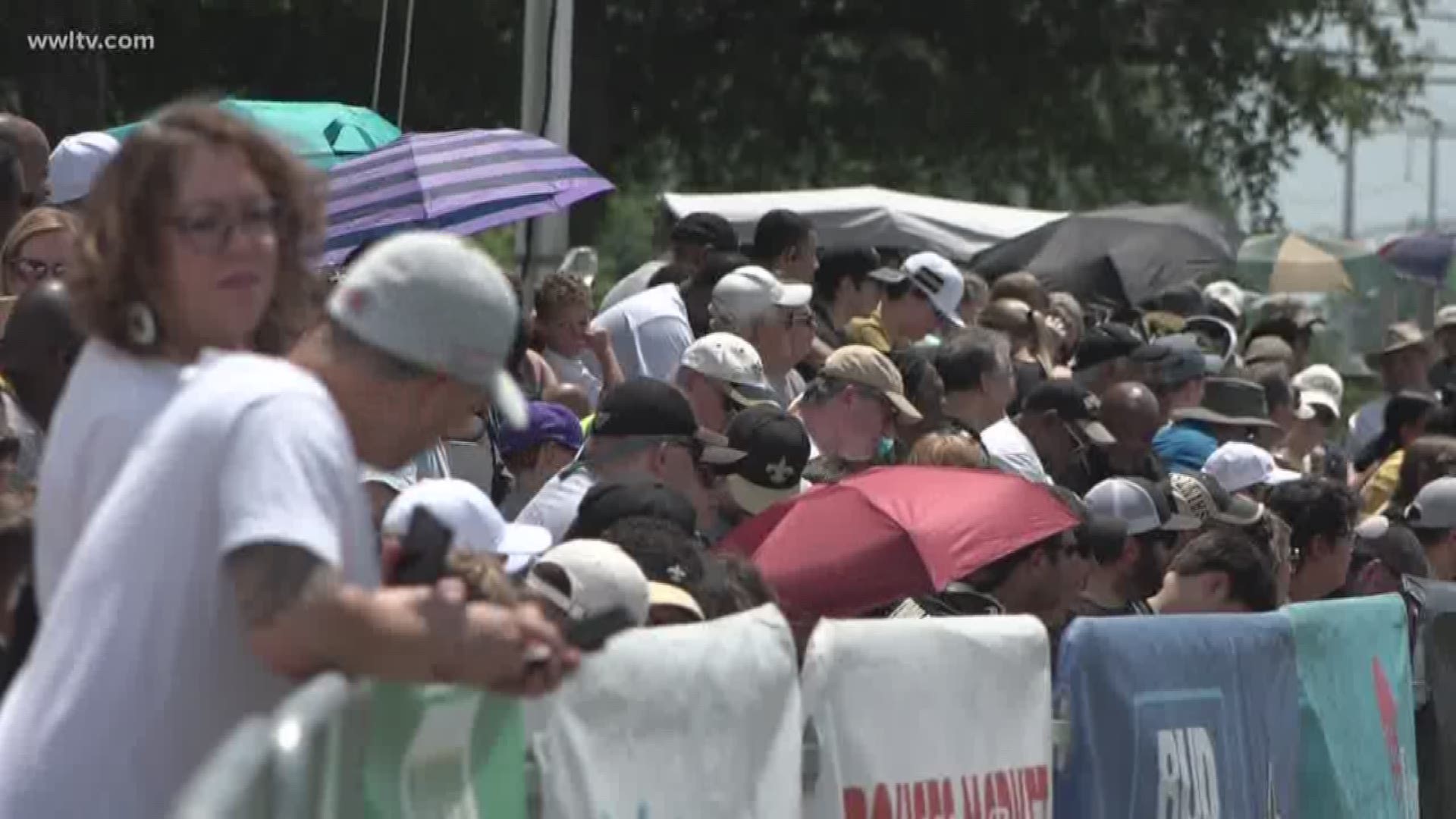 METAIRIE, La. — Fans traveled from across Louisiana and surrounding states to get a front row seat to Tuesday's open practice. Many hoped to get autographs, meet their favorite players and, of course, get a sneak peek at what this year's players look like.

Under the sun and in the heat, fans lined up anxiously waiting to see their favorite team and players take the field.

"I've had many dreams about this," said Ariana Rodriguez.

It was the first minicamp of the season and people came from all over to be there.

"I'd like to see what the rookies are going to do, see who wins a spot on the team," said Dickerson. "We already have a lot of good players so it'll be interesting to see the battles, but Coach Payton knows what he's doing."

The hype of Saints football starting is high, especially with how last year ended. However, fans say they're moving on, and are starting the season with a clean slate.

RELATED: This Saints fan has 30+ signatures — all tattooed onto his back

"Goodness sake," said Dowell. "I don't even want to talk about it."

"At the time it sucked, it was really sad but life goes on," said Stuart Abel. "We'll come back stronger and better and we'll win games and we'll beat the Falcons."

Now, as fans filtered into their seats, people are focused on the games ahead.

"I think it's awesome, it's a real nice opportunity (to be here)," said Dowell.

"Feeling great about the season and people need to come out and support the team," said Dickerson.

It's something Who Dats do best, and they want the Black and Gold to know fans are behind them, all the way to the end.

"They're more than just a team they're the heartbeat of the city," said Abel.