As long as the Saints didn't make mistakes the Broncos didn't have a chance. The Saints only made one. 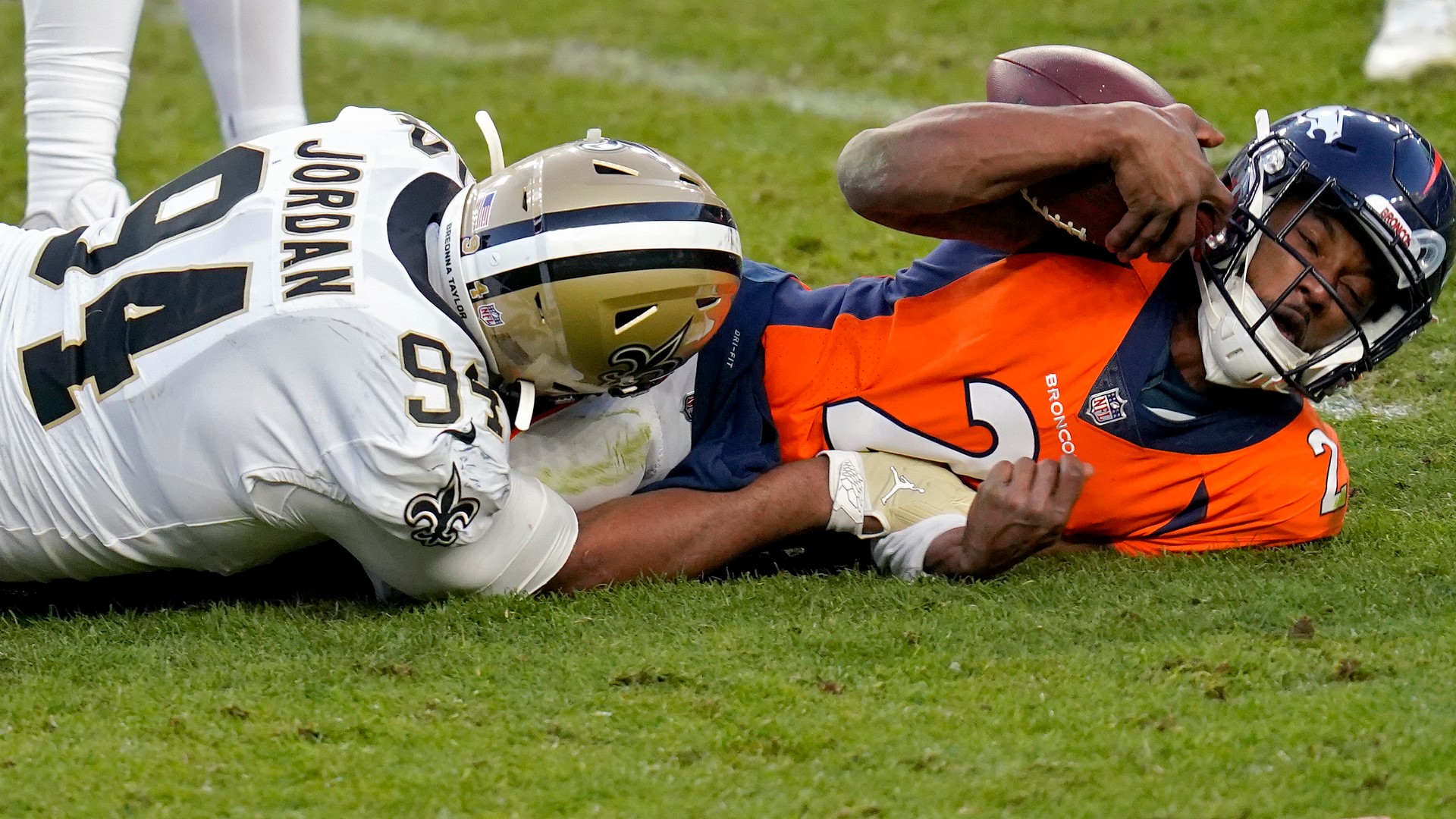 The Saints offense eventually wore down Denver Sunday in a game that looked like the type of game teams used to play before the forward pass era.

The Saints defeated Denver 31-3 for the team’s eighth straight victory. Taysom Hill and Latavius Murray each ran for two scores, but Hill struggled in the passing game in his second outing replacing the injured Drew Brees.

The NFL penalized the Broncos for not following COVID protocols and sidelined all of their quarterbacks and essentially gave the Saints a bye game. Prior to the contest it was also reported that the Saints had been fined half a million dollars for COVID violations for mask-less post-game celebrations that went viral.

The only proper thing about the game was the fact that no one was allowed in attendance as it would have been a shame to charge anyone for the contest.

"Everything about this season is unusual and we just tune out the things we can’t control," said head coach Sean Payton when asked about the unusual nature of the game. "We try to control the things we can control and let’s try to get our next W."

The game was scoreless after one quarter before the Saints scored three times in the second. The first on a 74-yard, mostly ground-laden drive that ended with a short Taysom Hill touchdown run to make it 7-0.

RELATED: Broncos have no QBs eligible to play Sunday against Saints

Turnovers on the next two Broncos’ possessions led to a TD and a field goal to make it 17-0 at the half.

Broncos quarterback Kendall Hinton rarely came close to completing a pass. He hit on 1-of-9 for 13 yards, with the lone completed pass being on a screen. Often Hinton’s passes came closer to Saints players than his own and the Saints pulled down two of them compared to the one for Denver.

In his second start, Hill struggled. He was sacked three times and picked once with a couple of others that were up for grabs. His quarterback rating was a low 43.2 as he hit on 9 of 16 passes for 78 yards. He threw an interception that led to the Broncos’ only points.

After the game though, Payton said he did not see Hill's performance as sub par. He said Hill was following the game plan.

"I thought Taysom played well. He played an entirely different type of game. There’s a few ways to lose a game like that and we weren’t interested in one of those."

The Saints running game was a positive with Murray carrying 19 times for 124 yards and two scores. Alvin Kamara had 11 carries for 54 yards and Hill had 10 for 44.

Michael Thomas was the leading receiver for the second game in a row. He caught 4 passes for 50 yards.