It's clear from speaking with the team this week that they believe Hampton could be their diamond in the rough from the 2019 Draft class. 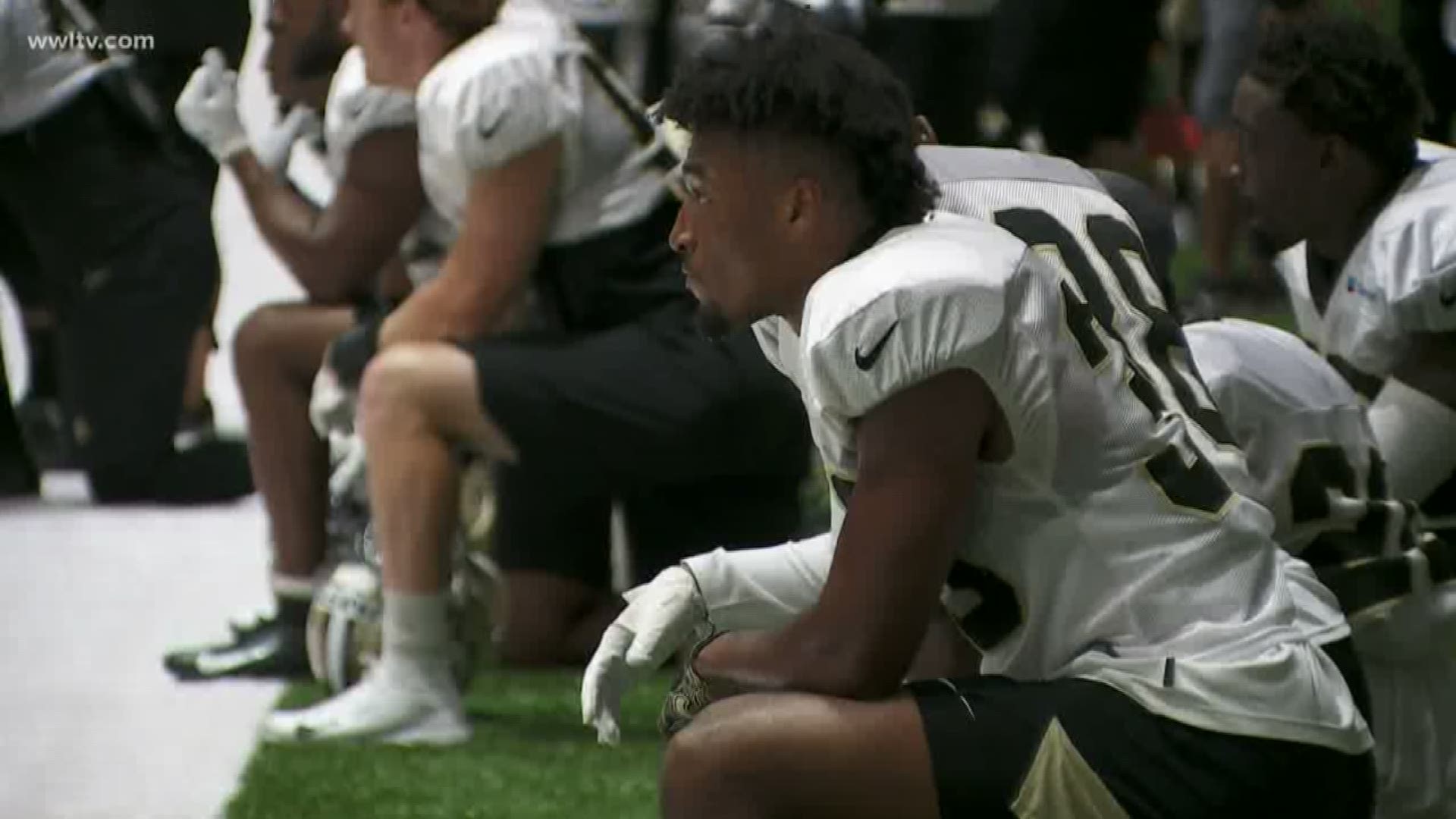 METAIRIE, La. — For a rookie at an NFL training camp, especially one that was a sixth round pick like Rutgers' safety Saquan Hampton, seizing the moment is imperative.

"When he's around the ball he tends to come down with it, so that's a good sign for a safety, someone that has good natural hands, just like Marcus (Williams). I mean Marcus has some of the best hands I've seen, offense and defense, and Hamp' is up there pretty high," Glenn said.

It's not often NFL coaches say things like that about a player who was taken No. 177 overall.

It's clear from speaking with the team this week that they believe Hampton could be their diamond in the rough from the 2019 Draft class.

His first interception came on Saturday in a Red Zone scenario. Hampton, who wears number 33, made a wildly athletic, leaping interception off Teddy Bridgewater.

But his second pick in as many days was even more impressive. On Sunday night during the Saints' practice at Tulane University, his hands were good enough to intercept Drew Brees.

"I didn't say it out loud, but in my head I'm like 'wow, this is crazy. That's Drew Brees,'" Hampton said. "It got my confidence up even higher to go out there and just play fast and wanting to continue to make plays. Once you get it, you just want to make more and that's what I'm feeling right now."

His pick on the under-throw of Brees was even enough to catch head coach Sean Payton's attention.

"You know he's got good hands, and he's one of those players that the ball kind of finds him a little bit, so I've been encouraged," Payton said.

After the performance he's put together so far, he is a player to remember the rest of camp.