Report: Taysom Hill gets new deal that pays him one rate if he's QB, another if he's all-purpose

Hill's salary can range drastically depending on his role with the team. 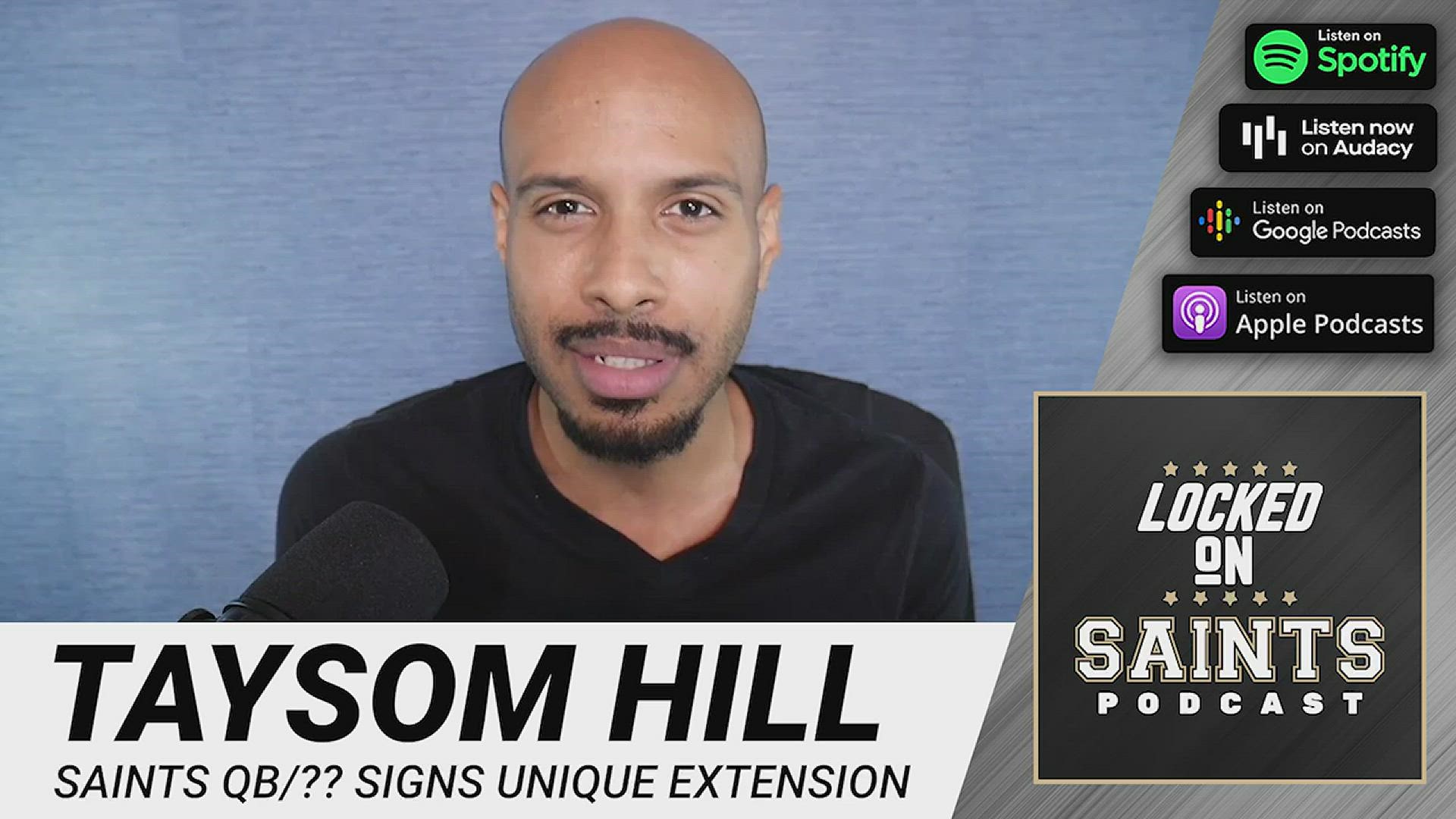 NEW ORLEANS — One of the New Orleans Saints' most recognizable players will be sticking around a little while longer. And with him, one of the most unique contracts the NFL has ever seen.

ESPN's Adam Schefter reported on Monday afternoon that the Saints and quarterback/utility player Taysom Hill have agreed on a four-year contract extension worth up to anywhere between $40 million and $95 million, a $55 million gap.

Hill's salary will be contingent on his role within the team over the course of the next four years. If Hill is able to claim stake as the team's starting quarterback, he'll earn $95 million- a relatively standard, if not low number for a veteran NFL starting quarterback.

However, if Hill continues on in his current role as the team's utility piece, that base number will drop to $40 million.

Hill has been with the Saints since the 2017 season. In that time, his reputation has grown around the league more for his unique ironman skills rather than as a quarterback. Hill got his first opportunity as the Saints starting quarterback during the 2020 season, when he played four games in relief of an injured Drew Brees, going 3-1 in those games with a near 73% completion percentage while tossing four touchdowns and two interceptions.

He entered the 2021 season in an open competition with Jameis Winston, which was ultimately won by Winston. Since Winston's injury in week 8, Hill has served as the backup for Trevor Siemian while still maintaining his utility role.