The NFL made the announcement Wednesday morning. Lutz and Drew Brees and supplied the accuracy and poise New Orleans needed to overcome another officiating gaffe and its defense's late collapse. Lutz made 32-, 47- and a career-long 58-yard field goal in Sunday's matchup.

Lutz made the 58-yard field goal as time expired, and the Saints beat the Houston Texans 30-28 on Monday night in a game that had three scoring plays in the final minute.

"That one's got to be a top-one moment for me," Lutz said, adding that as much as he tries to treat each kick the same, "I got to be honest. That one felt a little different." 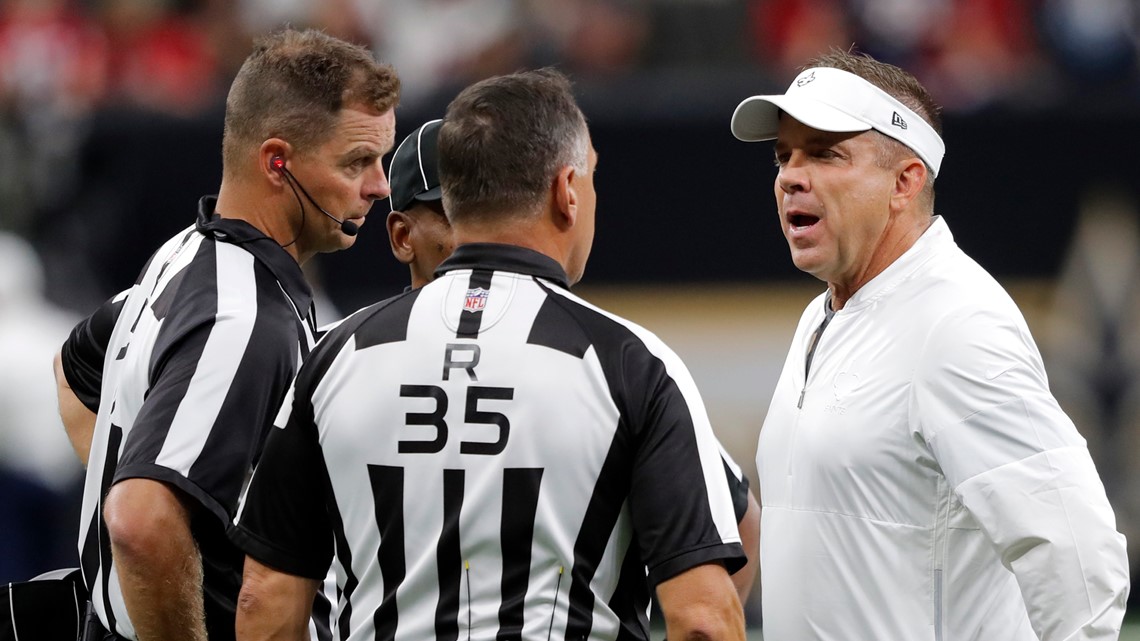 NFL admits referees blew significant call against Saints (AGAIN)
NEW ORLEANS - The NFL almost reff'ed up again. In the Saints first game since the NFC Championship "No Call," another blunder from the referees cost them about 15 seconds of game clock at the end of the first half.

The moment the ball left Lutz's foot, punter Thomas Morstead, who holds on field goals, turned toward his kicker, triumphantly flexing both arms at his side. Moments later, the crowd noise in the Superdome reached an ear-splitting crescendo as the ball split the uprights and Saints players jubilantly streamed onto the field.

"When you have Drew as your quarterback, all I cared about was getting ready for the kick, because I knew with 37 seconds left there was going to be a chance," Lutz said.

New Orleans had lost its previous five season openers. And after last season ended with a bitter loss in the NFC title game, the Saints had expressed urgency to start the 2019 campaign well.

"I knew how big this win would be," Lutz said.