'In order for us as we got ready for the game, I thought that was important,' Sean Payton says of destroying fire alarm in visitors' locker room at Paul Brown Stadium 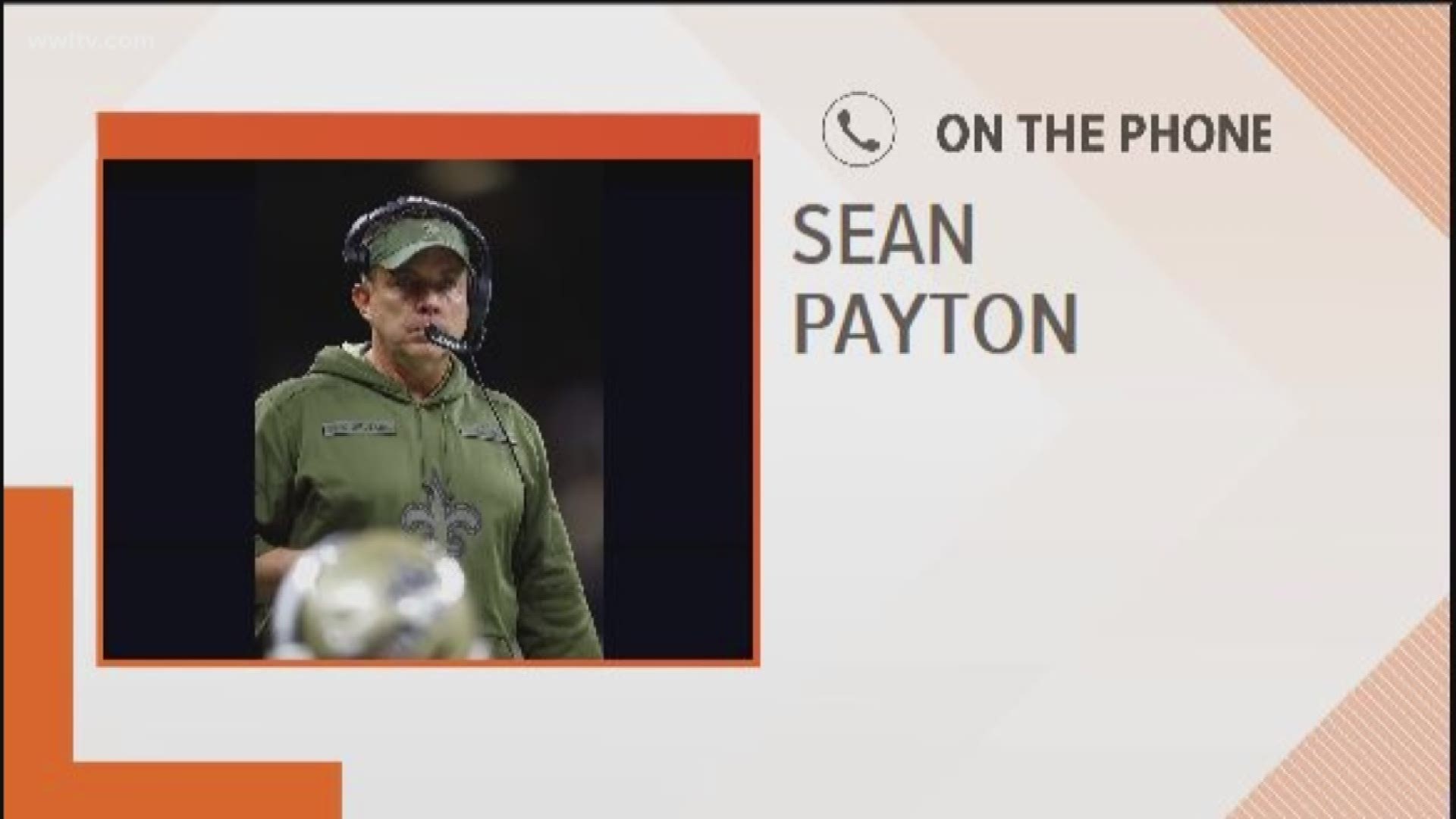 NEW ORLEANS - A fire alarm that sounded in the visitors’ locker room at Paul Brown Stadium before the Saints-Bengals game Sunday bothered Sean Payton so much that he took matters into his own hands -- destroying the blaring box to get the quiet he said he needed before kickoff.

“I will confirm that I destroyed a fire alarm before the game,” he said Monday during a conference call with reporters. “Destroyed would be a little bit sensationalist.”

A photo from The Times-Picayune/Nola.com, however, showed the red alarm box broken in half, wires exposed and bits of debris around it.

Sean Payton smashed a fire alarm in the Saints locker room before Sunday's game against the Bengals. The alarms were going off throughout Paul Brown Stadium. https://t.co/Tt1Az5PBIL pic.twitter.com/kdkfpiJLpb

“Clearly we were having issues with the fire alarm at a time relative to 20 minutes, 30 minutes before we’re supposed to be out,” Payton said. “It continued. It had gone on for 10 minutes, and I just needed the noise to stop.”

“We are aware of the situation and have been in touch with the authorities, but have nothing more on it at this time,” Bengals spokeswoman Emily Parker said in a statement.

Forecast: If that's not a perfect game, what is?

What they're saying nationally about the Saints

USA Today: Saints look like the best team in football

A message left with the Cincinnati Police Department was not returned.

Payton said he will pay for repairs after damaging the fire alarm, something that Ohio state law describes as criminal damage, misdemeanor.

“If law enforcement brings that to us after their investigation, we will make a determination at that time,” Deters said.

Anyone found guilty of criminal damage in Ohio faces a maximum penalty of 60 days in jail and a $500 fine.

The Saints did not return a message seeking a request for comment Monday.

Payton issued a mild apology to the Brown family, which owns the Bengals.

“I consider the ... Brown family ... close allies and people we have a lot of respect for, the same way with (Bengals coach) Marvin (Lewis).

Before ending the call he told reporters his action was nothing more than trying to get his team prepared for a game that became a blowout.

“It wasn’t motivational, no,” Payton said.