“There are certain vices that you gravitate to. For me, it’s sugar," he said, still looking somber. 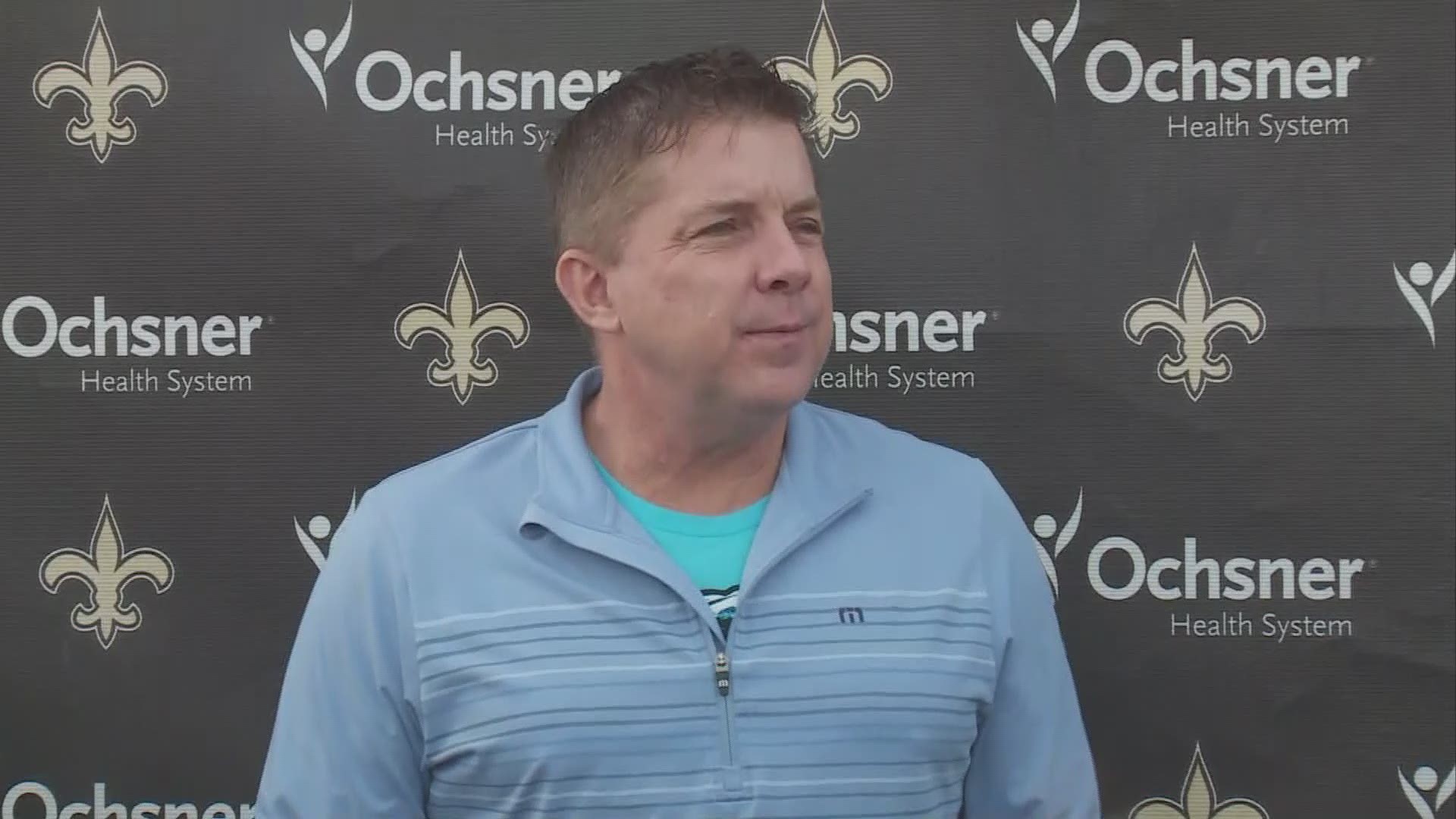 METAIRIE, La. — Saints head coach Sean Payton said he spent close to 3 days locked in a room eating ice cream and watching Netflix after the crushing loss in the NFC Championship against the Los Angeles Rams.

“It’s been a week and a half, honestly, it feels longer than that,” he told a gathering of media at the team’s facility in his traditional year-end press briefing that was taking place about a week later than normal. Payton seemed to imply that he was doing the briefing because it was required, alluding to that fact twice.

RELATED: Goodell to give 'State of the League' address, answer questions Wednesday

“After the game, for two to three days, much like normal people, I sat and probably didn’t come out of my room, ate Jeni’s ice cream and watched Netflix for three straight days,” he said with a laugh. “There are certain vices that you gravitate to. For me, it’s sugar.”

Payton said that he wasn’t sure if the team would get over the non-call of pass interference and ‘helmet-to-helmet’ contact that cost the team a chance to virtually run the clock out and kick a winning field goal. The call has not been the subject of much debate with no one, not even Rams players and coaches, saying the play was a legal one.

RELATED: Mandeville Saints fan will get to meet with NFL Head of Officiating

“We told the team, obviously there are disappointments that you go through relative to the season and this one, where it happened… we’ve got to be able to get past that, and we will. I don’t know if you ever completely get over it, but you get past it.”

Part of his viewing choice was apparently the network’s series on Ted Bundy.

Payton said the NFL was ‘brutally honest’ after the game in saying that the call was missed. “After that, briefly on Monday and Tuesday, I spoke with Roger.”

Payton said the problematic call will definitely be addressed in the offseason and could lead to some changes.

“Often times we find our own flaws because of some loophole,” he said, noting that things like the ‘forward fumble’ by the Raiders several decades ago that led to a rules change was an example of that.

Payton said that despite the crushing finish, the team had a good year.