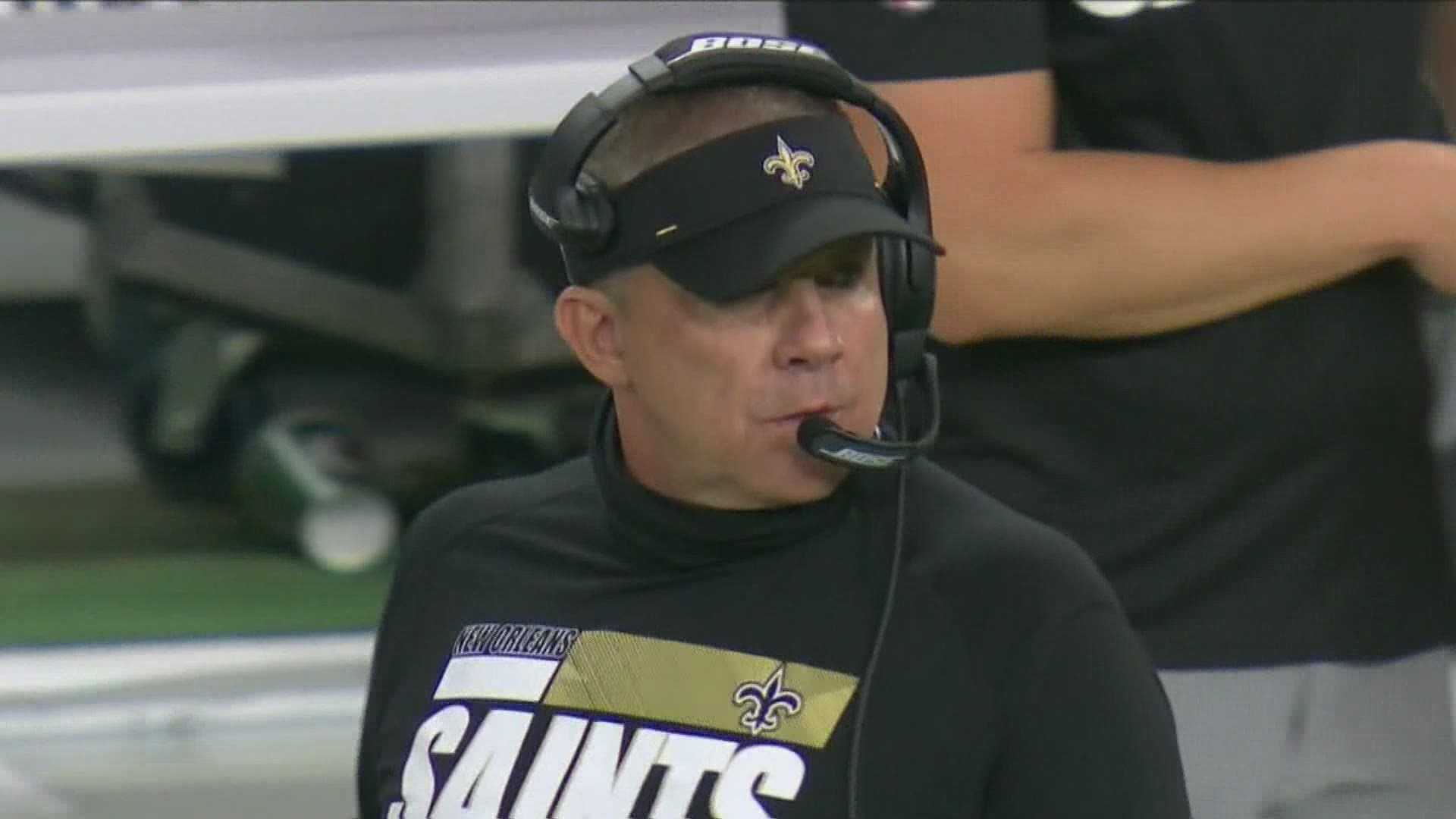 NEW ORLEANS — Known for his wit and comedy-focused roles like Paul Blart in movies like “Mall Cop” and Doug Heffernan in the sitcom “The King of Queens,” Kevin James is about to try and tackle a new role: Playing Saints head football coach Sean Payton.

“I saw the article and I was thinking to myself just like, ‘Wow, there’s going to be a movie about the Saints,’ and then I read in-depth and it said about him being suspended for that one year,” said Saints fan Michael Lettman.

That year was 2012 when the NFL suspended Payton because of the “Bountygate” controversy.   The Netflix movie, titled “Home Team” focuses on Payton’s time spent coaching his son’s sixth-grade football team that year instead of the Saints.

“Hopefully it’ll bring some positive light to the city and Saints obviously because of the black cloud we have over our head over the NFL,” Lettman said.

Produced by Adam Sandler’s Happy Madison Productions, much of it is set to be filmed in Louisiana.  James playing Payton though, has some Saints fan scratching their heads.

“I thought, ‘What is this going to be, a comedy? Is it going to be serious?’” Lettman said.

Whatever the genre, comedy was part of a twitter exchange when the Atlanta Falcons posted a photoshopped picture of Payton, saying “Can’t Wait.”

Not to be outdone, the New Orleans Saints put the Falcons back in their nest with a separate post poking fun at their amount of losses to the Saints.

The official “The King of Queens” twitter account responded, saying “The Saint’s get the ‘W’ on this one.”

Saints fans hope it’ll be a ‘W’ all the way around.

“The spotlight is already there. It may bring about more publicity and awareness,” said Hughes.

“I think it will maybe turn some new fans to our team hopefully,” Lettman saud.

A team and a coach known for rewriting a script, now the focus of a different script.

“I can’t wait to see it and it’s not even out yet,” Lettman said.

Payton has been involved with the script and filming is set to begin next month. It could be released on Netflix as early as this fall.