Most of the seats are in the lower level on the Poydras Street side and in the 200-300 and 500 level corners. 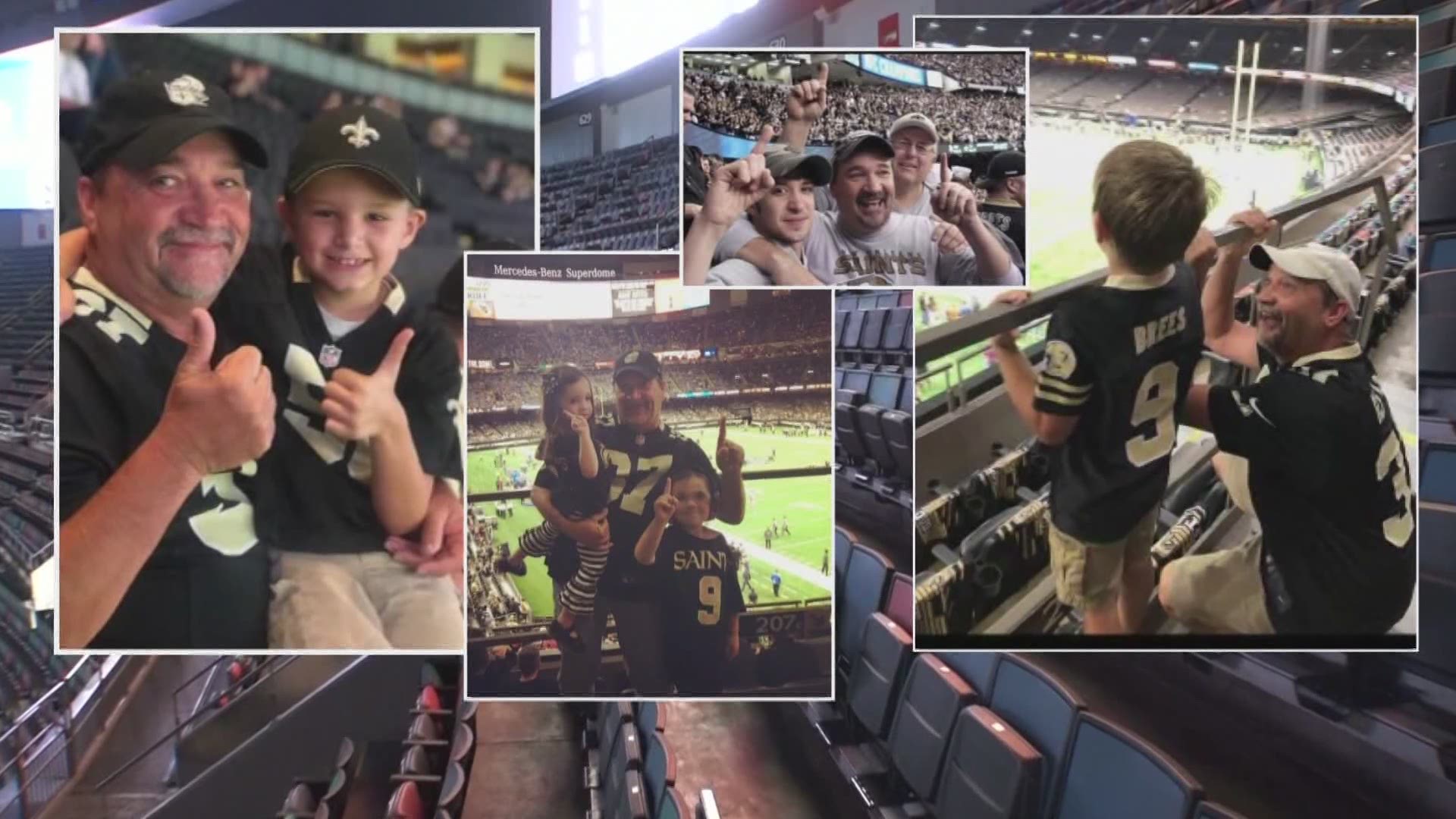 NEW ORLEANS — Randy Barnes has been a Saints season ticket holder for 32 years.

His daughter Kasey says her father drives 4 hours each way from their home in De Kalb, Mississippi north of Meridian to New Orleans for every home game.

She said on Twitter, the team called her dad yesterday to tell him his seats were going away.

“After 32 years, we just expected a little more than a phone call saying after everybody renewed, we’ll see if there’s anything left and then add you to the list,” Kasey Barnes told WWL-TV. “We felt a little disappointed in that.”

Friday, the Saints announced 4300 seats are being eliminated to improve the fan experience in the Mercedes Benz Superdome.

Most of the seats are in the lower level on the Poydras Street side and in the 200-300 and 500 level corners.

“I know the Saints will do everything that they can to accommodate those fans that are having to be moved due to the renovation, Louisiana Stadium and Exposition District Chairman Kyle France said. “We call this progress in many ways. We’re trying to do things to the facility that can get us through the next 30 years.”

Barnes said her family had 4 seats in Section 305.

“My dad bought tickets; season tickets the year I was born. I think I went to my first game when I was 5 and I haven’t missed very many since.”

“The process may not be perfect for them,” Bensel said. “It may not sit well with them. It may be upsetting to them. But at the end of the day we’re going to make it right for them. We just have to figure it out. It is a work in progress.”

“We feel very encouraged today,” Barnes said. “We just got to hope that they keep their word, and we think they will. We always give everybody the benefit of the doubt.”

When the renovations are done, the Saints say the dome’s capacity will be back to more than 70,000.

Team officials said if any season ticket holder is not happy with their options for relocation, they will be put on a first priority waiting list for other seats.

“We are talking with them, doing our level best to find a spot, relocate them,” Bensel said.

Under the terms of the financing deal, the Saints have agreed to fund a third of the renovation costs, or up to about $150 million, and the LSED will fund $210 million through issuing bonds. The state would cover the remaining $90 million if needed.