New suites will get you closer than ever to the action this Saints season. 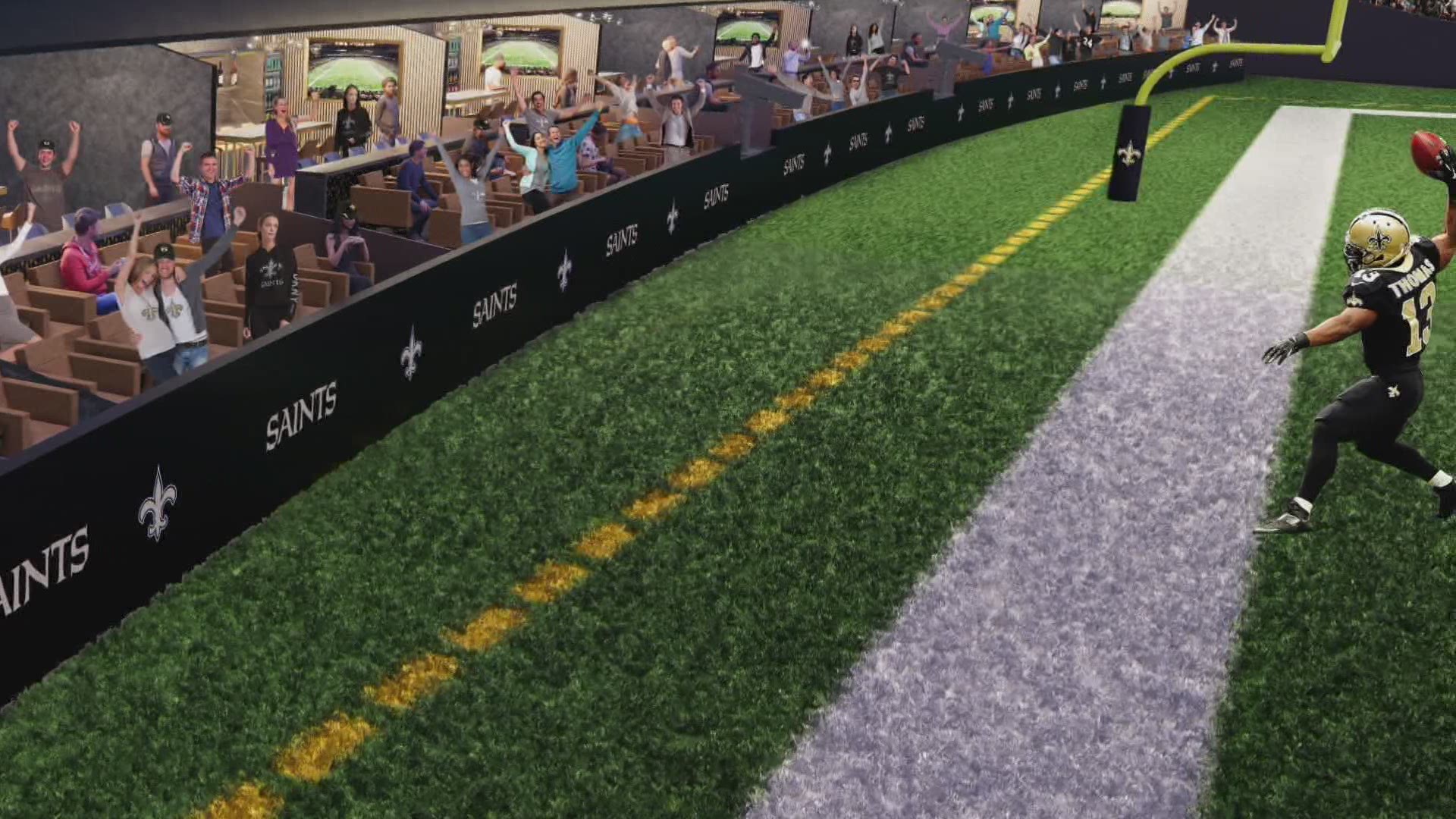 NEW ORLEANS — A small group of reporters and photographers got a tour of the $450 million Superdome renovations Tuesday afternoon.

If all goes as planned, fans will notice a few changes when they arrive at the Saints' first preseason home game this August.

The changes include the addition of 12 field level suites, replacing the stadium seats in the north end zone. If you can afford it, the Saints say the view from those suites will increase the fan experience.

“You are going to have players within feet, or inches, of you if you are lucky enough to be in one of those field level suites,” said Jen Martindale, vice president of Brand Strategy for the Saints.

It isn’t just down below. It’s also changing for fans in the upper four corners of the stadium.

Construction crews are working to open up more space for suites and seats up here to have a better line of sight, but also to add a new standing room only section.

“The New Orleans Saints and everyone involved in the Superdome want to keep this venue as competitive as possible for the next 50 years,” Martindale said. “Not just for our own games, but for all the world class events that come here and the reality is as the fan experience evolves, the Dome needs to evolve too.”

The Superdome is losing 4,000 seats because of the project. The team says they are trying to make it right for the season ticket holders who are losing out.

“We’re just wrapping up our renewal period so very shortly we will be reaching out to impacted folks and being transparent with them about what inventory is available for them to take advantage of this season,” Martindale said.

If the team does not have something that meets a season ticket holder's needs they are going to put them on a priority waitlist, according to Martindale.

“They will not lose their season ticket holder tenure or benefits while they are on that list,” Martindale said.

The renovation is being paid for by $150 million from the Saints, the Louisiana Stadium & Exposition is bonding out $210 million and the State of Louisiana is paying for $90 million.