The rise of Teddy Bridgewater

My number one takeaway from the first half of the Saints 2019 season has to be the rebirth of Teddy. 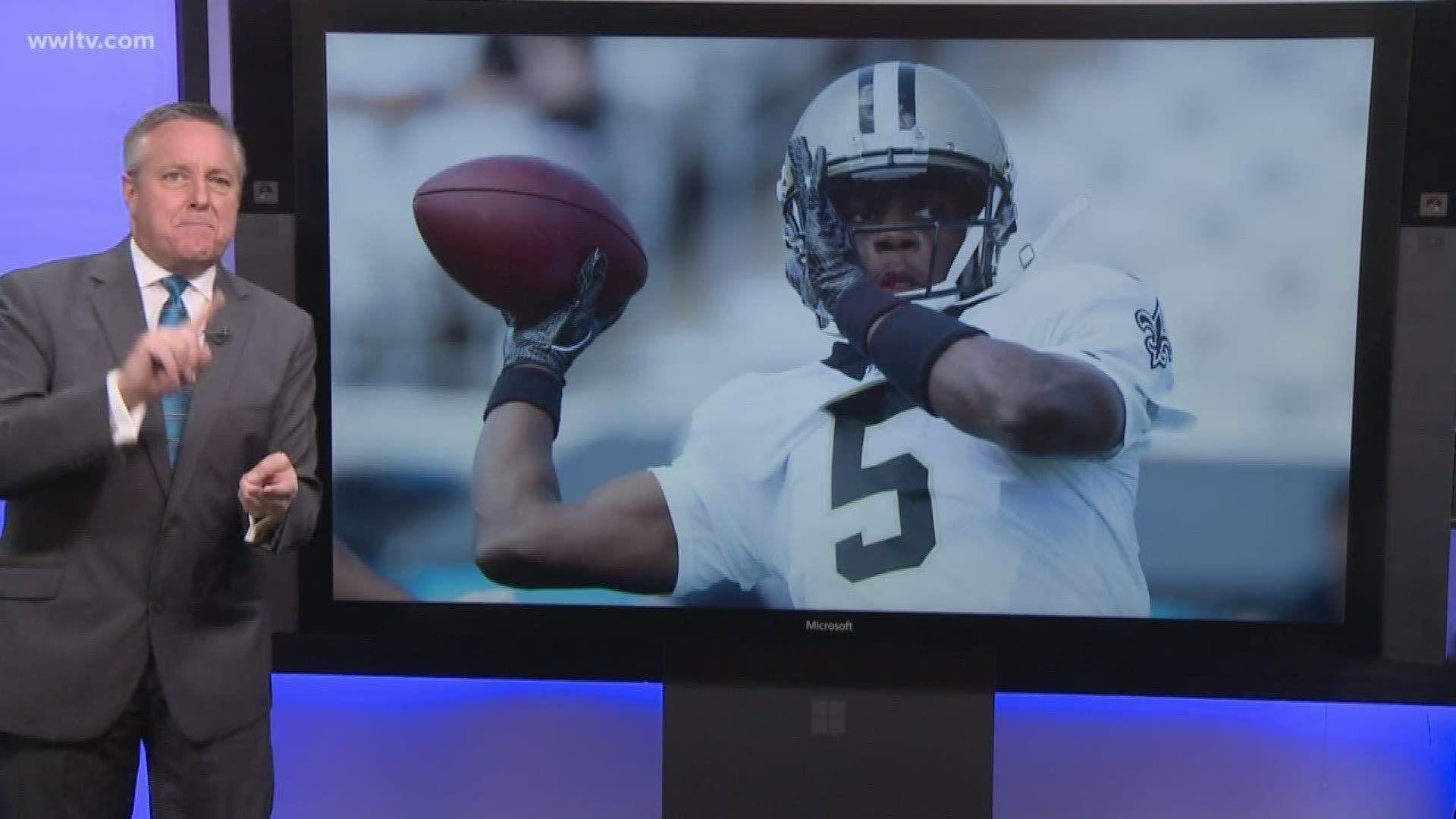 NEW ORLEANS — Before we move on to the Atlanta Falcons Sunday, here are my four takeaways from what’s been an improbable, amazing first half to the Saint season.

That’s Mike Thomas. Somehow, his unbelievable season has almost slide under the radar. In the first four games, Alvin Kamara was the NFL MVP. Kamara got hurt and Teddy became the rage. Then, Latavius Murray stole the show with a superhuman workload. Then Drew Brees came back.

And through all of that, Mike Thomas just kept plugging away. Thomas is on pace to have the most catches in a season, ever, in NFL history. He has 73 catches so far. Last season, he already had the fifth best year of all-time.

My first half MVPs on offense are Ryan Ramcyzk and Terron Armstead. They’ve been brilliant together, call them “Armczyk” or “Ramstead.”

The Saints are tied for fourth in the NFL in sacks allowed, because the offensive line has stayed healthy. Ramczyk, Warford, McCoy, Armstead and Peat have all played at least 93 percent of the Saints offensive snaps.

Two games in particular I thought were amazing from the two Saints tackles were the wins against Tampa Bay and Chicago.

Shaq Barrett of the Bucs was the NFC’s defensive player of the month for September, and Khalil Mack is a 3-time first team all-pro. Both of these guys bounced from side to side, and both were completely shut down by Ramczyk and Armstead.

2. Cam Jordan on the rise

Also in those games, Cameron Jordan was so much better than Barrett or Mack. He’s my defensive MVP and no number tells the story of Jordan’s success.

He has eight sacks in eight games, the seventh best in the league. But the eyeball test tells you, he’s been ridiculously good.

Often double teamed, he’s always a chaos-creating disruptive force. Behind only the city champ, Rickey Jackson, I think Jordan is the second best defensive player in Saints history, and he's having a great season.

1. The Rise of Teddy

My number one takeaway from the first half of the Saints 2019 season has to be the rebirth of Teddy.

When Drew Brees went down, we ran a poll: “Who should start: Teddy Bridgewater or Taysom Hill?”

Only 17 percent of people voted for Bridgewater. Confidence in him was low, except from Sean Payton.

Bridgewater protected the ball, made plays in clutch times and went 5-0 as the Saints starter. In last Sunday's win over the Cardinals, when he did the Choppa on the Jumbotrom, Saints fans chanted Teddy's name.

From 17 percent, to local hero in six weeks. He did it with his play and his personality. And his rise is my number one takeaway from the first eight.