Heading into week 11, coaches have challenged pass interference 54 times, but that call was only reversed 5 times — 9% of the time. 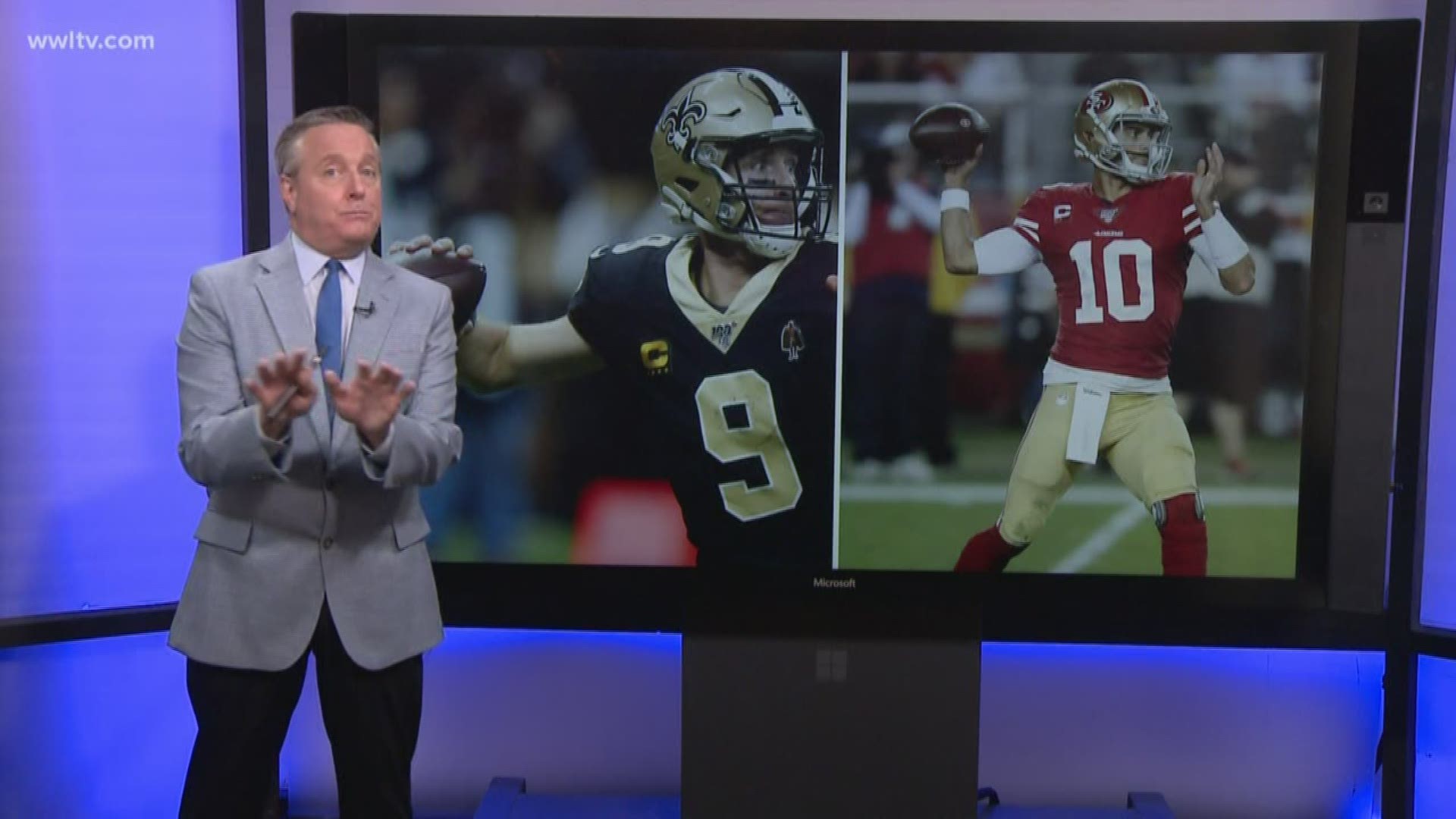 NEW ORLEANS — The Saints game was ugly, but it was a win.

The penalties made it hard to watch, including four pass interference calls against the Saints: 2 on offense; 2 on defense. Two were challenged.

No. 4 The rule changes are a mess

It's maybe not the rule or the intent of the rule, but definitely how it's enforced.

Sean Payton said after Sunday's game, "quite honestly, it was a New York's best game." Payton challenged an offensive pass interference call, but New York did not reverse the call.

That's consistent with what they've done all year. Heading into week 11, coaches have challenged pass interference 54 times, but that call was only reversed 5 times — 9% of the time.

Late in the game, when Carolina challenged a no-call, it was overturned against the Saints.

Payton helped institute the changes to the rule.

"Sitting in every one of those meetings, I don't know that it's exactly what we discussed — where we are today with it," Payton said. "In fact, I'm pretty sure it's not."

Houston Coach Bill O'Brien said it more directly last week. "I have no idea what pass interference is anymore."

Pass interference penalties and their enforcement were a mess Sunday,

No. 3 Saints had too many penalties

Beyond the pass interference calls, the Saints had way too many other penalties.

That has to stop if the Saints are going to make a deep playoff run.

No. 2 Jared Cook is becoming a threat

Sunday against the Panthers, Cook caught 6 passes for 99 yards and a touchdown.

His most productive game of the year. Mike Thomas still led the Saints in targets, and Alvin Kamara was still second — but Jared cook was a legitimate third option. That is a good sign.

No. 1 Drew Brees & Sean Payton were on in the final two-minute drive

After 58 often frustrating minutes, Drew Brees and Sean Payton were on in the final two-minute drive. With a 01:56 left in the game and one timeout, Brees used Kamara and Thomas to get Wil Lutz into range for a chip shot.

It was surgical and fun to watch.

As of Monday, the two best teams in the NFC were the Saints of the San Francisco 49ers. The 49ers have a great defense. It might be enough to get them to the Super Bowl, but in the playoffs in a close game in the 4th quarter — if I had to pick between Brees and 49ers quarterback Jimmy Garoppolo to deliver the kind of drive that won the game Sunday, I'd take number 9.

His continuing instinct to win is the number one takeaway from the ugly win over Carolina.