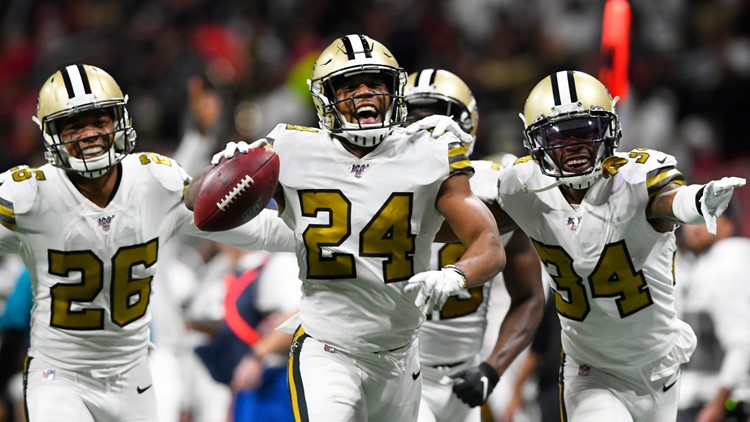 NEW ORLEANS — The South is not enough.

Anything short of a trip to the Super Bowl in Miami would be a disappointment for this uber-talented New Orleans Saints team, which got their first taste of NFC dominance this season thanks to the Seattle Seahawks.

Thanks to a win from the red-hot Baltimore Ravens over the 49ers on Sunday, the Seahawks took control of the NFC West from San Francisco with a win over the Vikings on Monday Night Football.

Since the Saints beat the Seahawks earlier this season, they would move up to the top spot in the NFC with the 49ers bumped down to a wild card spot.

Put simply, because the Seattle Seahawks won tonight, here's what the NFC looks like:

The Saints are in control of the NFC, with the biggest threat to dome-field advantage coming this Sunday as they play the 49ers.

If the Saints can beat the NFL's top defense in the Superdome Sunday, they'll have a nice cushion at the top of the league and a clear road to returning to Miami 10 years after their Super Bowl win.

RELATED: Saints defense could lead them to the Super Bowl