This Saints fan has 30+ signatures — all tattooed onto his back

You could say Brian Henry is carrying the team on his back. 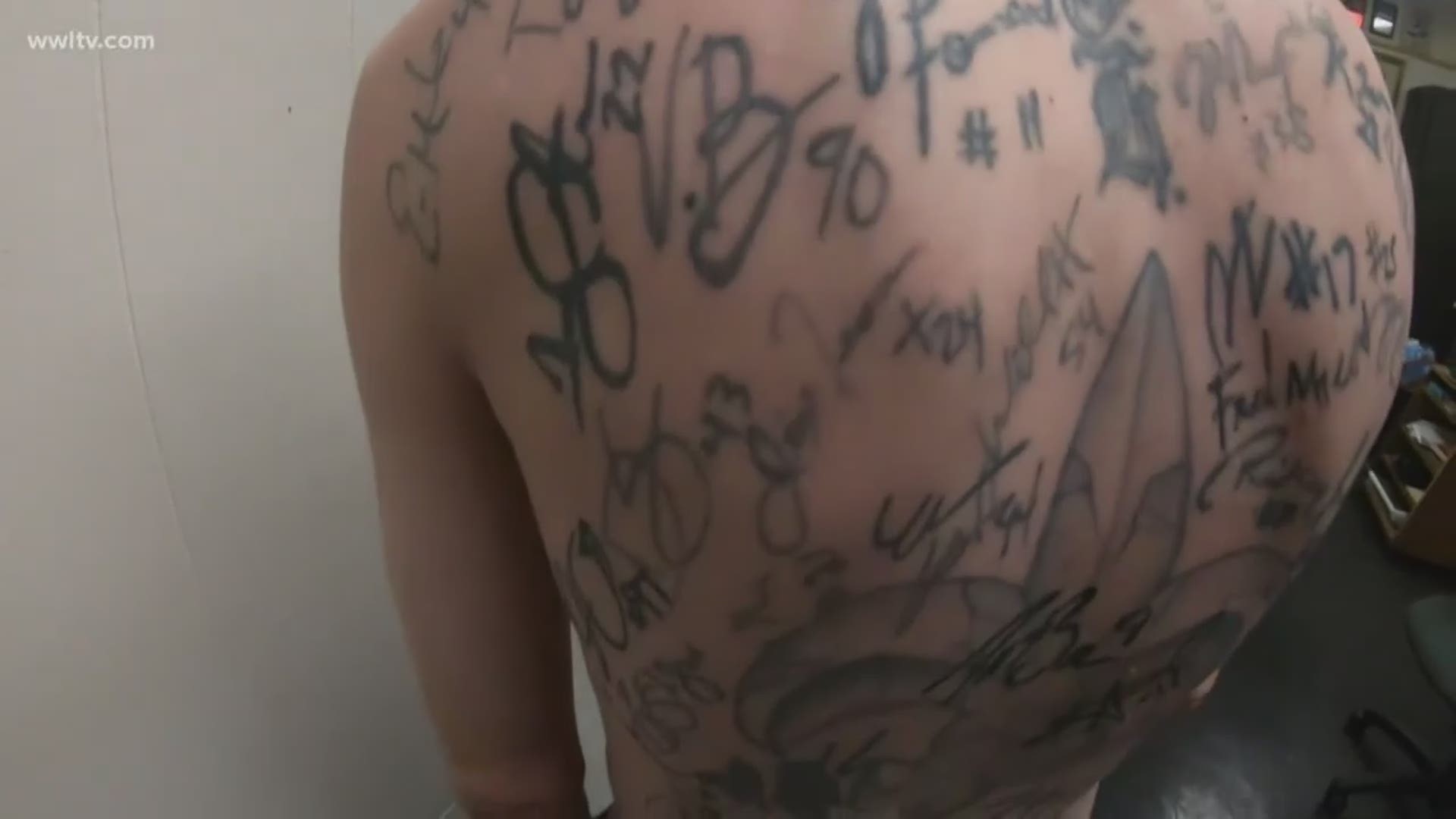 METAIRIE, La. — Saints fans have their own way of showing love for the Black and Gold. Some are more unique than others, including one man who you could say is carrying the team on his back.

Brain Henry's love for the team will be with him until the end.

“It’s different," said friend, Austin Jacob. "Very different. Not a lot of people would get signatures on their back, but if you’re a die-hard Saints fan that’s what you want.”

Henry started as a collector at a young age.

“Really my grandfather, growing up, would bring me to Tulane Stadium to watch the practices," said Henry. "I'd get the pamphlets signed by whoever and really I’ve never stopped.”

However, when everything was stolen from him in 2010, he and Robert Meachem came up with another idea, a little more permanent.

“It’s heartbreaking to know years and years of collecting is gone," Henry said. "He said 'dude, you know the only thing you take to the grave is a tattoo?'”

So far, 35 people, mostly players, have signed his back, which is then tattooed. Recent gets include Alvin Kamara and the one and only No. 9.

“My favorite of course would have to be Drew Brees because I’ve chased him since 2011," he said. "My friend called and told me Drew is at the Smoothie Center, and I said I can't go downtown to get it. But he told me Drew was at Smoothie King right by the training camp. So when I got that call I didn't even hang up, I said I got to go, ran over there, got the autograph and went over to Catahoula Tattoo and he tattooed it for me."

Brian is completely overwhelmed with the amount of response he’s gotten from his tattoos. He says a lot of it has been very positive, some has been bad but that negativity, he says, he’s not focusing on.

What he is focusing on is who he'd like to get next, including Deuce McAllister.

And, of course, Henry is looking toward the upcoming season when he and other fans get to see their favorite team take the field once again.