We've seen this before: Saints drive late for winning score

"It's exciting. It's butterflies. But also, it's confidence," said Brees. 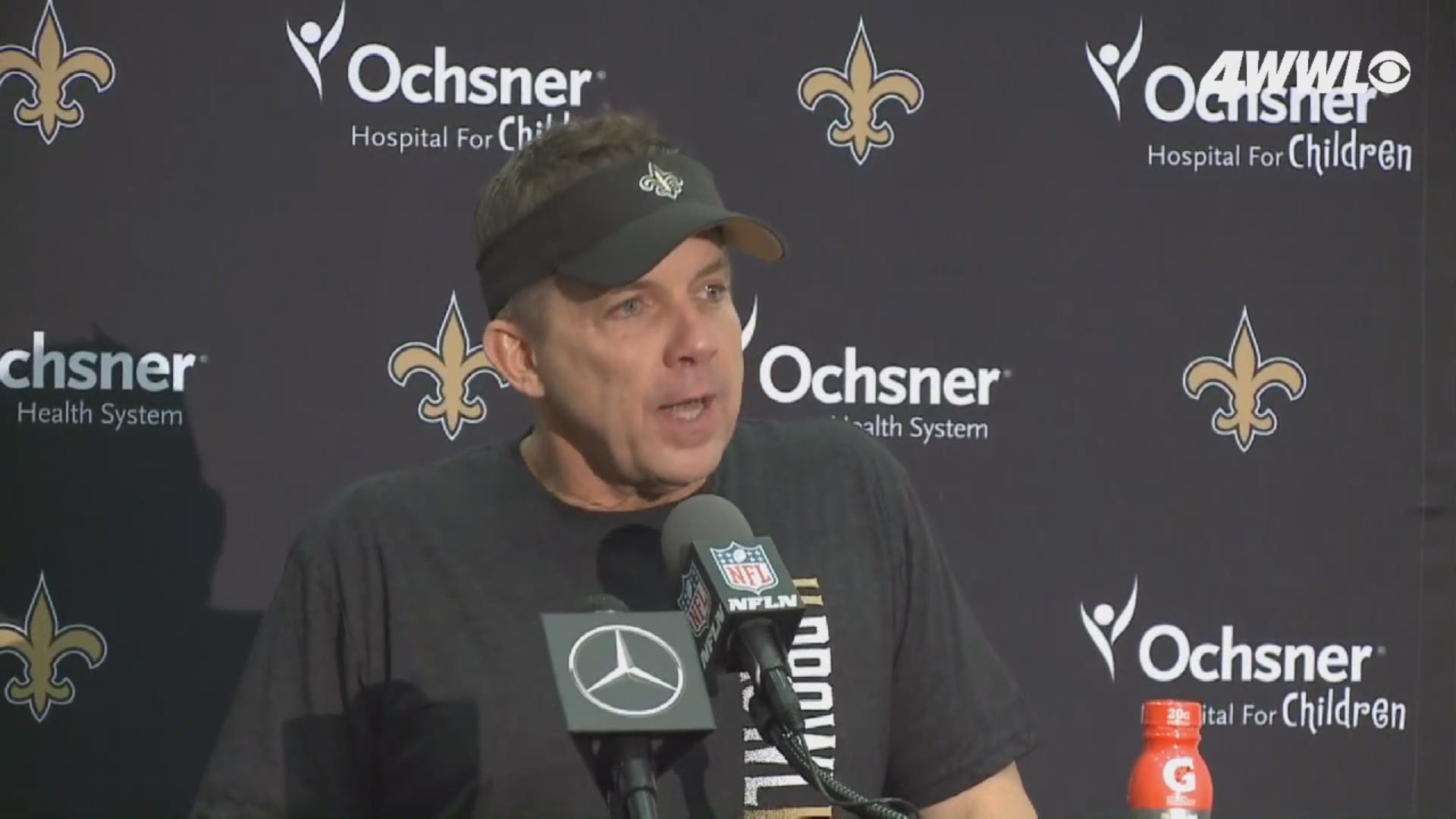 It was a last-minute drive that Saints fans have become accustomed to seeing from the Sean Payton-Drew Brees led team over the years.

The Carolina Panthers could only lament the first-and-goal they squandered just moments earlier in a third straight loss that has placed their playoff prospects in jeopardy.

Lutz kicked a 33-yard field goal as time expired, and New Orleans beat Carolina 34-31 on Sunday to take a four-game lead in the NFC South with five games left.

"It's exciting. It's butterflies. But also, it's confidence," said Brees, who led the Saints from their own 14-yard line with 1:51 left to the Carolina 15 with 3 seconds remaining. "It's unity. You feel like everybody knows the challenge ahead. Everybody knows what we need to do in order to accomplish whatever it is we need to accomplish to go win the game. Everybody just kind of locks in and goes."

Carolina trailed from early in the first quarter until 9:23 remained in the fourth quarter, when D.J. Moore reached up with his right hand to corral a fourth-and-goal pass in the back of the end zone to tie it at 31.

Soon after, Panthers safety Eric Reid stuffed Alvin Kamara on fourth-and-1 from the New Orleans 45. That set up a dramatic sequence in which Carolina coach Ron Rivera successfully challenged officials' decision not to call pass interference on a third-down incomplete pass, giving Carolina a first down on the 3 with 2:21 left.

Christian McCaffrey's run was stuffed, Kyle Allen threw incomplete on second down and Allen was sacked on third down by Marcus Davenport, setting the stage for the end of a difficult day for Slye, who'd also missed two extra-point kicks.

"I feel terrible," Slye said. "We needed this win."

Brees finished 30 of 39 for 311 yards and three touchdowns, but also was intercepted by Tre Boston, a play that helped Carolina come back in the fourth quarter. Michael Thomas had 10 catches for 101 yards and a touchdown for New Orleans (9-2), including receptions of 14 and 24 yards on the game-winning drive.

"We work that situation week in and week out and it always comes up to benefit us," Thomas said of the Saints' hurry-up offense. "I'm just grateful for not cheating the preparation."

Allen passed for 256 yards and three TDs for Carolina (5-6), which saw its playoff hopes pushed to the brink.

McCaffrey had 133 yards and two touchdowns from scrimmage on a balance of runs and receptions. Moore had six catches for 126 yards and two TDs, the first a 51-yarder.

Saints tight end Jared Cook had six catches for 99 yards, including a 20-yard touchdown, and running back Latavius Murray scored the game's first TD on a 26-yard run.

New Orleans' second touchdown, a 13-yard pass to Tre'Quan Smith, was set up by a muffed punt that was initially ruled to have been first touched by New Orleans. Saints coach Sean Payton challenged, and replay showed the ball hit Carolina's Rashaan Gaulden first, giving New Orleans the ball on the Panthers 27, where J.T. Gray had recovered it.

That was Payton's second challenge of the first 10 minutes after he'd lost a challenge of an offensive pass interference call against Cook.

Payton was among those lobbying for a 2019 rule change to allow review of pass interference after a missed call cost the Saints in last season's NFC title game.

"I don't know that it's exactly what we discussed where we are today with it. In fact, I'm pretty sure it's not," Payton said. "But we've got to be able to adjust."

Carolina's second TD capped a 17-play drive that appeared to have stalled on Davis' third-down sack, but defensive end Cameron Jordan was called for unnecessary roughness.

Jordan said he had not heard a whistle and was trying to punch the ball loose from Allen.

Carolina's game-tying TD in the fourth quarter came shortly after a pass interference call against safety Marcus Williams on a long pass in the back of the end zone.

Carolina got no extra points after its first three TDs. In addition to Slye's two misses, the Panthers attempted to pass for a 2-point conversion after their second TD, but it was broken up.

Saints: Left tackle Terron Armstead left in the first half with an apparent leg injury. The Saints already were without left guard Andrus Peat, who normally slides over to tackle when Armstead is out, so Patrick Omameh subbed in at tackle next to guard Nick Easton, who was filling in at left guard.

Panthers: Host Washington on Sunday as they try to snap a three-game skid.

Saints: Visit Atlanta on Thursday night with a chance to lock up the NFC South.