Will a 'video official' be at NFL games in the future? Saints 'no-call' could make it a reality

Pereira told the New York Post that the new official would be in an enclosed booth with a technician to look at the play on television and be able to correct bad calls. 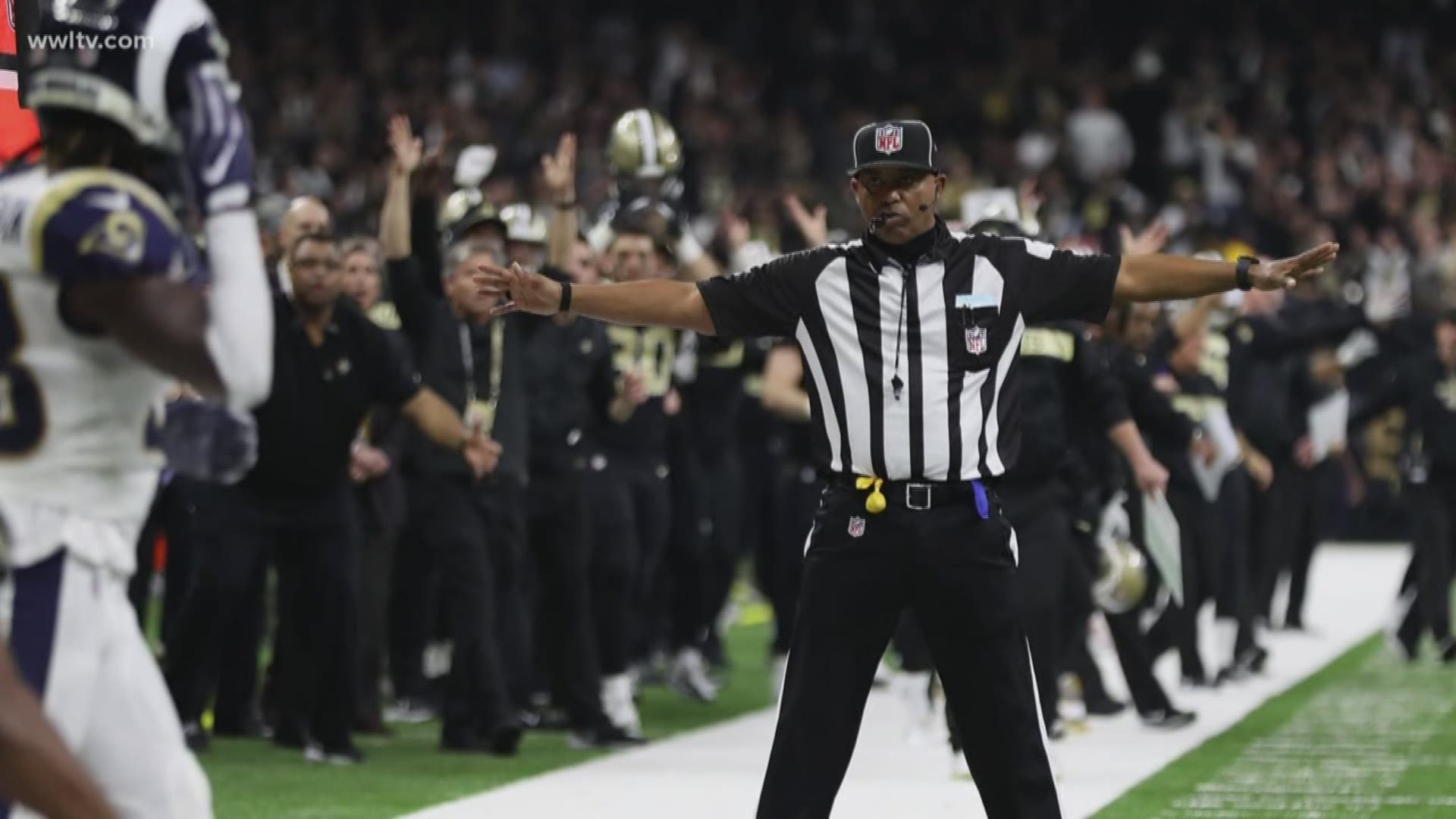 NEW ORLEANS — In a legal brief filed in federal court in New Orleans, attorneys for the NFL acknowledge that "one or more penalties for pass interference or illegal helmet-to-helmet were not called late in the NFC championship game."

The league also admitted in the filing, which seeks to dismiss a lawsuit by a pair of Saints season ticket holders, that errors will happen "because the officials on the field are humans, like the players and coaches."

Former Saints Executive Vice President Jim Miller said the furor raised following the obvious no-call has the league's attention -- and could lead to some changes.

"You need a system where obvious bad calls or bad non-calls can be reviewed," Miller said.

Former NFL Supervisor of Officiating Mike Pereira has proposed having a video official at every game.

Pereira told the New York Post that the new official would be in an enclosed booth with a technician to look at the play on television and be able to correct bad calls.

Miller prefers a similar system now in place in the Southeastern Conference where reviews are initiated by officials watching the game at the conference headquarters.

"Their people can actually call the replay official at a venue, at Baton Rouge, at Kentucky and tell them this has to be reviewed," Miller said. "I'm not sure you need another new player in the press box … to work with the officials."

"I think any system that removes egregious human error from the game could work," Feldman said.

But Feldman cautioned the league will have to decide what the replay official can review.

"Do they call a holding penalty every time they see one?" Feldman said. "I think they have to make it clear this is to meant to second guess every call or non-call, that this is only for those egregious decisions otherwise we're going to get a flag on every play and the game will take forever."

Any changes to the rules of the game would likely be taken up by the NFL's competition committee in March.