The Washington football team is 29th in total defense and 29th in passing defense. 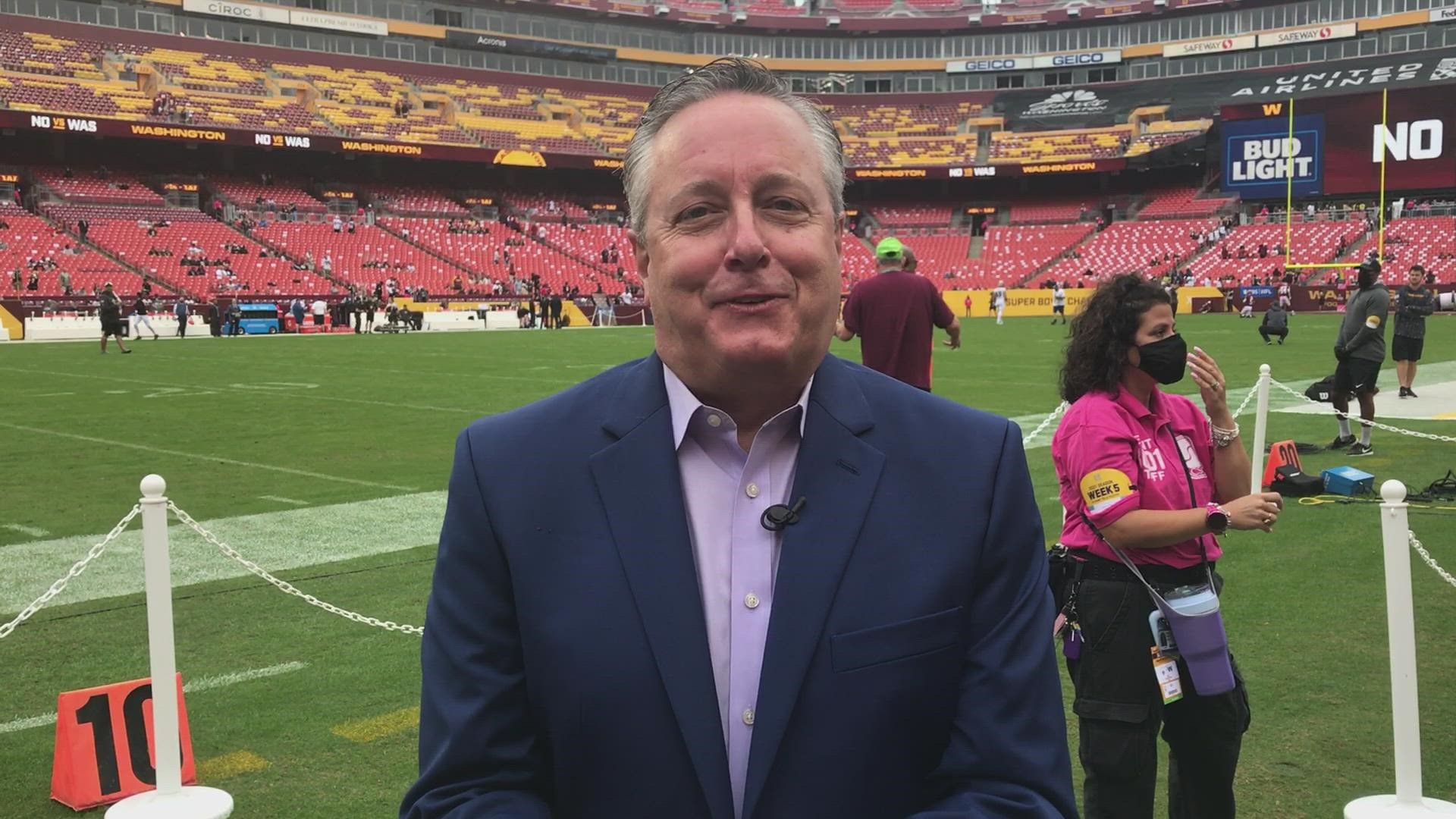 WASHINGTON D.C., DC — The inactive list is out and there are no surprises on the Saints side. Terron Armstead and Erik McCoy will not play today. On Washington's side, they are missing their four-time Pro Bowl right guard Brandon Scherff.

So both teams will be a little light in the offensive line.

The best news for the Saints is the weather it looks like the rain will hold off in Maryland.

This might be the game for Jameis Winston to let loose. The Washington football team is 29th in total defense and 29th in passing defense.

One thing that I thought was really interesting is that when Washington head coach Ron Rivera was asked what do you expect from a Sean Payton offense? He said he's expecting something they didn't prepare for.

Rivera coached against Payton for nine years in the same division. Rivera is used to getting the unusual we'll see what happens today.

So far, the saints  M.O. has been to run the ball a lot. We'll see if that changes they've been good at it so far. Kick-off is at noon.