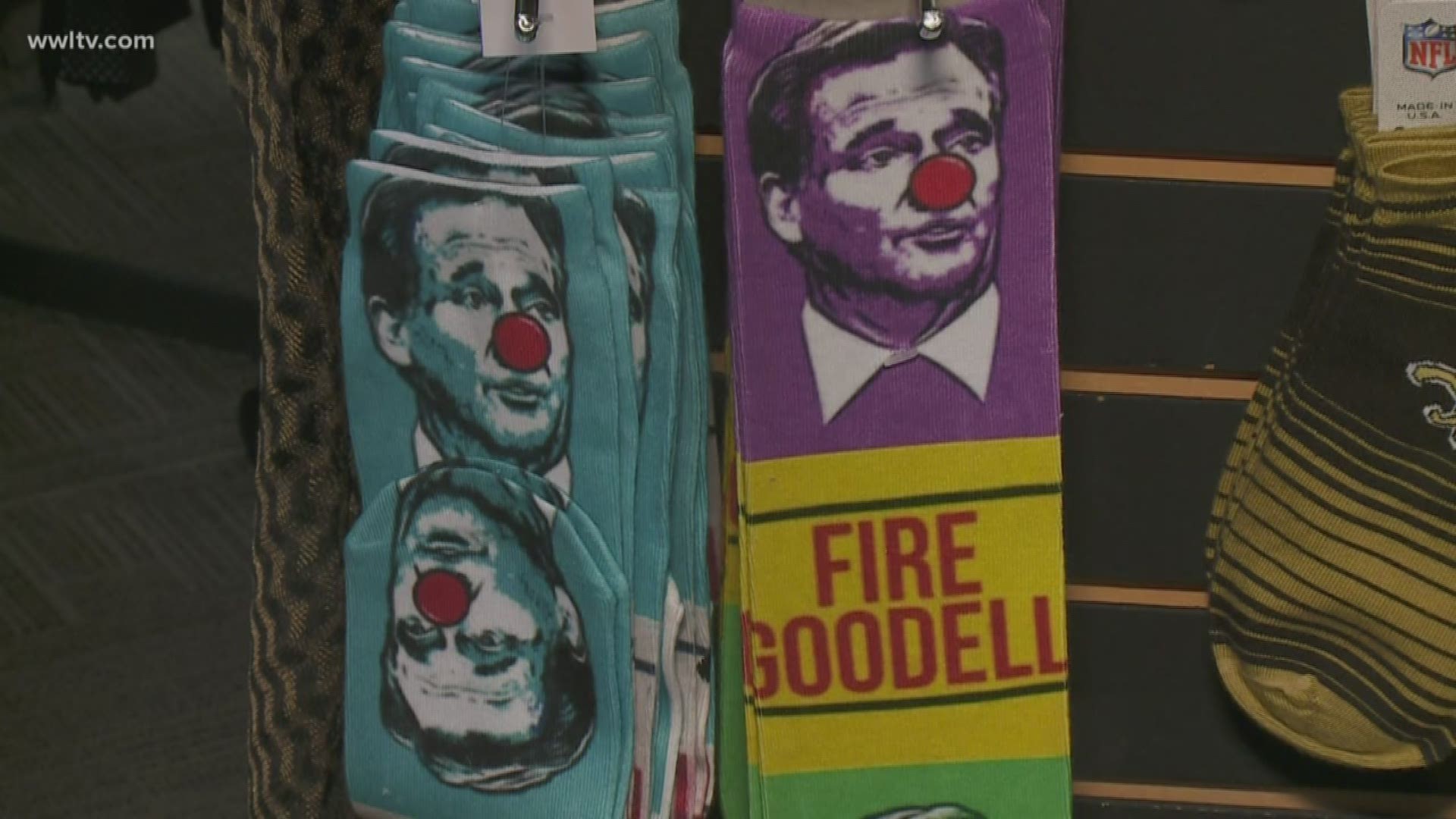 METAIRIE, La. — With the pre-season opener just a day away, some Saints fans are still not ready to forgive the NFL for the infamous NFC Championship No-Call.

"We still want an explanation, more explanation. Let us know really what happened," one fan said.

The Saints' lawyers are joining the NFL lawyers, saying they oppose the fan lawsuit over the no-call penalty.

The NFL wants the Louisiana Supreme Court to stop the suit from moving forward. The Saints agree, saying it would "open the door to countless legal claims."

But do players and fans agree?

Fan favorite Saints punter Thomas Morstead said “it’s time to move on.” He does not want the courts to decide contests played on the field. He wants the focus to be on the first pre-season game Friday night.

He also sent love back to the Who Dat Nation, adding "our fans are the best in the NFL."

But over at Fleurty Girl, ref flag earrings are still a hot seller, along with ref voodoo dolls and other no-call items.

"Oh no, still a bit bitter,” said a fan buying penalty flag earrings for the new season. “Looking forward to the energy in the Dome tomorrow night."

"It's hard to move on. It's hard to move on when you know you were robbed, and that's how everybody felt,” said a fan who was at that playoff game last season.  “And you know, time heals all wounds as they say, but it's going to take a long time."

A ride share driver with his car seats decked out in Saints gear says he wants a complete explanation about what happened.

RELATED: Forecast: What To Watch For In Saints Preseason Opener

“OK, yeah, they changed the rules. What about the fans? What you gonna do for the fans? That's what we lookin' for. Take care of the Who Dat fans," he laughed.

Since Saints camp opened, business at the Black and Gold Sports Shop has taken off. That's where we found a fan who gets where Morstead and the team are coming from.

"I'm ready to move on too. I think it would be best for the team to move on and just forget about it and concentrate on this year." When asked if he had moved on emotionally, he replied, "Yeah, pretty much. Took a while."

And a winning season could just be the therapy reluctant fans need to move on as well.

The Saints take on the Minnesota Vikings Friday night in the Dome for their pre-season opener. Channel 4 will have full coverage leading up to the game.