At 91-years-old, George Toma has never missed a Super Bowl. He's been in Tampa since Jan. 10 preparing Raymond James Stadium. 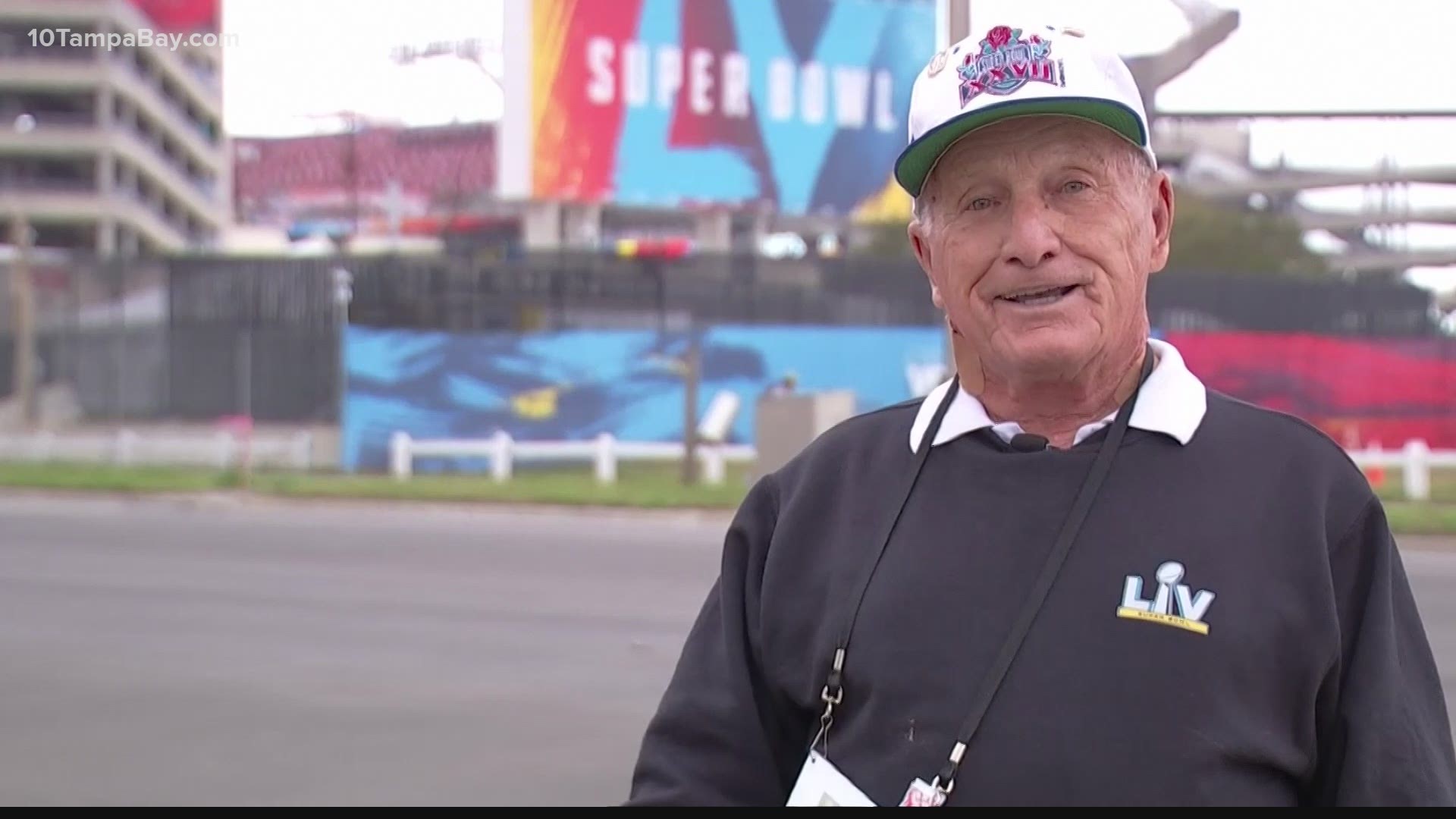 TAMPA, Fla. — When it comes to football greats, we're quick to think about legendary players and coaches or maybe epic games or franchise dynasties.

Lately, here in Tampa Bay, we talk a lot about the GOAT (greatest of all time) and what it's like to have Tom Brady as the Buccaneers quarterback. We don't often think about a groundskeeper as legendary but if you had to name the NFL's GOAT groundskeeper, it's definitely 91-year-old George Toma.

Nicknamed 'The Sodfather,' he's had a hand in the field prep of all 54 Super Bowls, and he made the trip to Tampa in mid-January ahead of the big game.

"It’s an honor to do everything. I love working sports. Being a groundskeeper, Super Bowls are great, World Series are great, the 1984, 1996 Olympics were great," Toma said.

Toma explained that on a natural grass field, the work starts more than 18-months before the game. The crew has been growing the sod in Georgia since 2019.

"He’s the guy that was at Super Bowl I. None of us were," he said, adding, "He’s just a walking history book. To have him around is just a treat."

There's a twist to this story.

Toma spent much of his career supervising the field at Arrowhead Stadium in Kansas City. He's a lifelong Chiefs employee known for the impeccable field there and at Kauffman Stadium, home of the Kansas City Royals.

He said NFL Commissioner Roger Goodell told him as a league employee, he has to be neutral.

"I’ll be neutral but in my heart they’ll know, the Chiefs want to win," Toma said.

However, Toma is very fond of Raymond James Stadium.

"Actually it’s a great stadium. We like it because their supply room or their workroom is close to the field where we can get on the field quick with our equipment," he said.