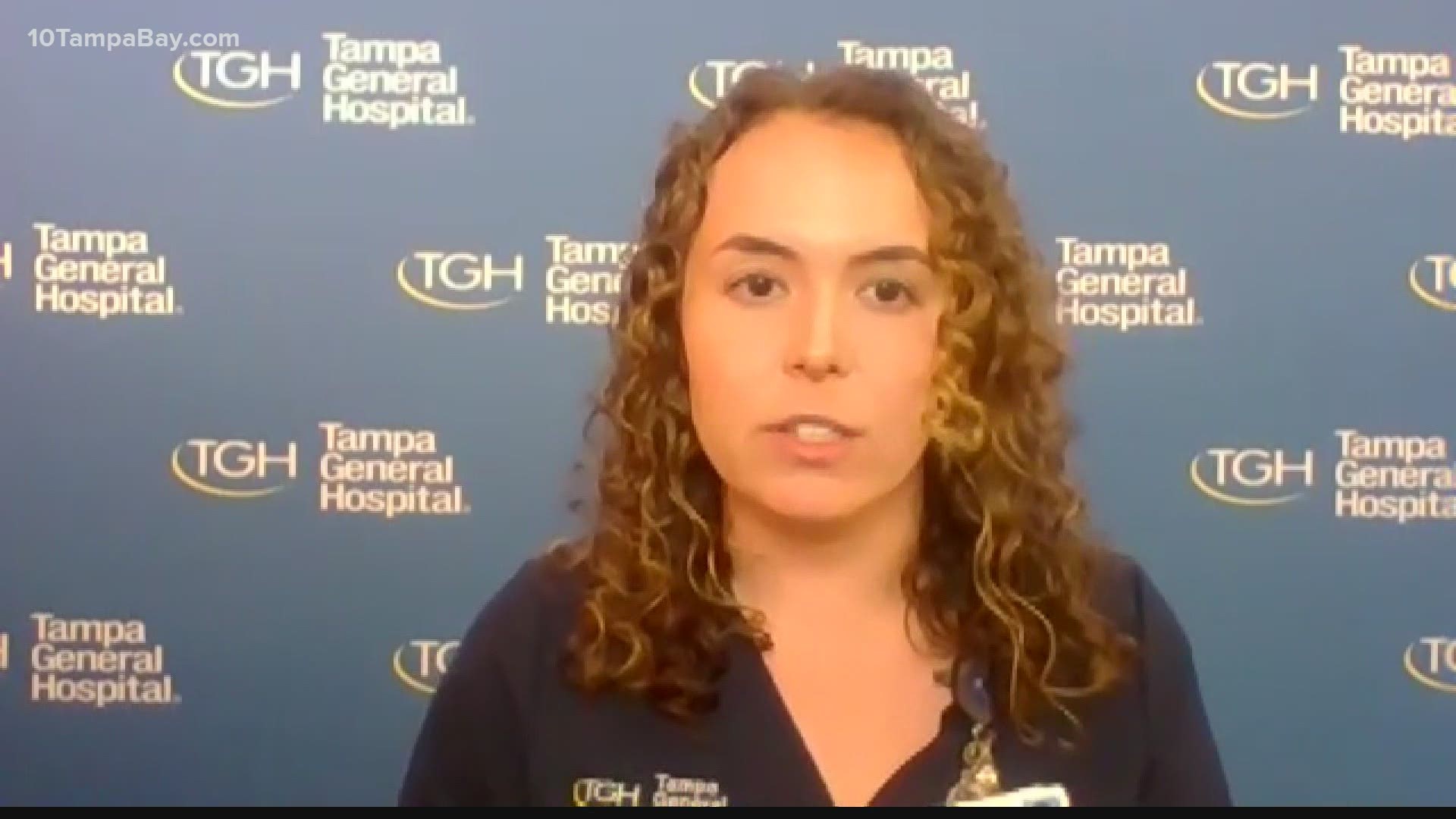 TAMPA, Fla. — The countdown continues to Super Bowl LV right here in Tampa Bay, and with less than two weeks until the big game, the NFL has made another big announcement.

The league has named three community leaders from around the country as honorary captains, who will preside over the coin flip. The NFL says these three heroes served as leaders in their regions during the ongoing COVID-19 pandemic.

The league also announced Presidential Inaugural Poet Amanda Gorman will recite an original poem about Dorner, Davis and Martin, recognizing them for their "tremendous impact during an unprecedented year." Her poem will be read on-air nationally on CBS and locally on 10 Tampa Bay.

“We are honored to recognize these three individuals who represent the best in all of us,” said NFL Commissioner Roger Goodell. “During this incredibly challenging time in our lives, Trimaine, Suzie, and James have exemplified the essence of leadership, each in their own way. We are grateful for their commitment and proud to share their stories and recognize them during this special moment on Super Bowl Sunday.”

Suzie Dorner had been a nurse manager at Tampa General Hospital for about 4 months when the pandemic hit. She says overnight her medical ICU turned into the COVID-19 ICU.

"That created a lot of you know, a little bit of panic and anxiety within my team. You know, we really had to change how we practice nursing," says Dorner.

She worked selflessly and tirelessly to help those battling COVID-19.

In the middle of it, Dorner lost two grandparents. One of them is the reason she became a nurse.

"She was a nurse in World War Two and she was very influential and a role model to me growing up and I always said I wanted to be just like her so losing her was was definitely hard," Dorner says. "And especially not being able to be to say my goodbyes to her was was very, very hard."

For her dedication through this challenging year, the NFL has named her an Honorary Captain at Super Bowl 55. Which comes with not just a thank you from Buccaneers legend, Derrick Brooks, but an important honor.

"You'll have an opportunity to come out on the field and participate in the coin toss!" said Brooks when he surprised her during a zoom call.

"So when I first found out, I was just an utter shock and disbelief, you know, I couldn't believe it, I was shaking. And now that it's had time to settle, I still can't believe it," says Dorner.

And while Dorner says she's honored and humbled, she's also nervous about tossing that coin.

"I read that the silver dollar is similar size to the actual Super Bowl coin so I've been practicing."

Before they take the field, Presidential Inaugural Poet Amanda Gorman will recite an original poem about them.

The Tampa Bay Buccaneers will take on the Kansas City Chiefs. The Bucs are the first team to ever play in a super bowl in their home stadium in NFL history.

Download the Tampa Bay 55 podcast for special coverage of the preparation for the Super Bowl.

RELATED: How Tampa's one-of-a-kind Super Bowl will try to avoid being a 'super-spreader' event