Texas' bull mascot caused a quick scare before the game 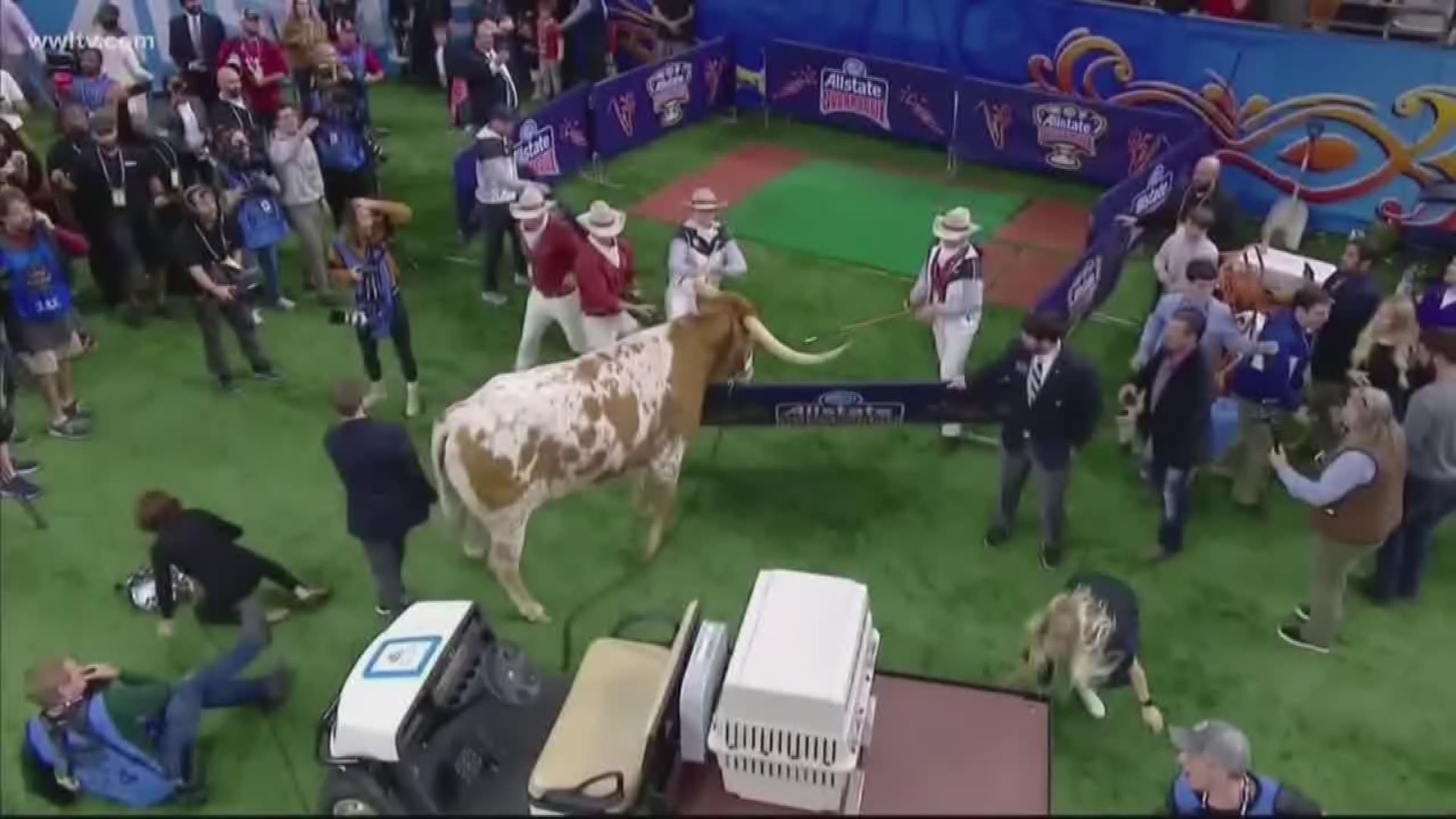 It's the play on the Sugar Bowl sidelines that's getting as much attention as those on the gridiron. The UT mascot, Bevo, a 1,600 pound longhorn steer, could have had a penalty flag thrown for unnecessary roughness and a personal foul, as he pushed out of bounds towards UGA, Georgia's bulldog. Now PETA wants change.

PETA says it's cruel and wants animals replaced with human performers who choose to be in front of huge crowds.

"It is indefensible to use animals in an environment like this, to subject them to the stress of being packed up, carted from state to state, and paraded in front of a stadium full of screaming fans," she added. 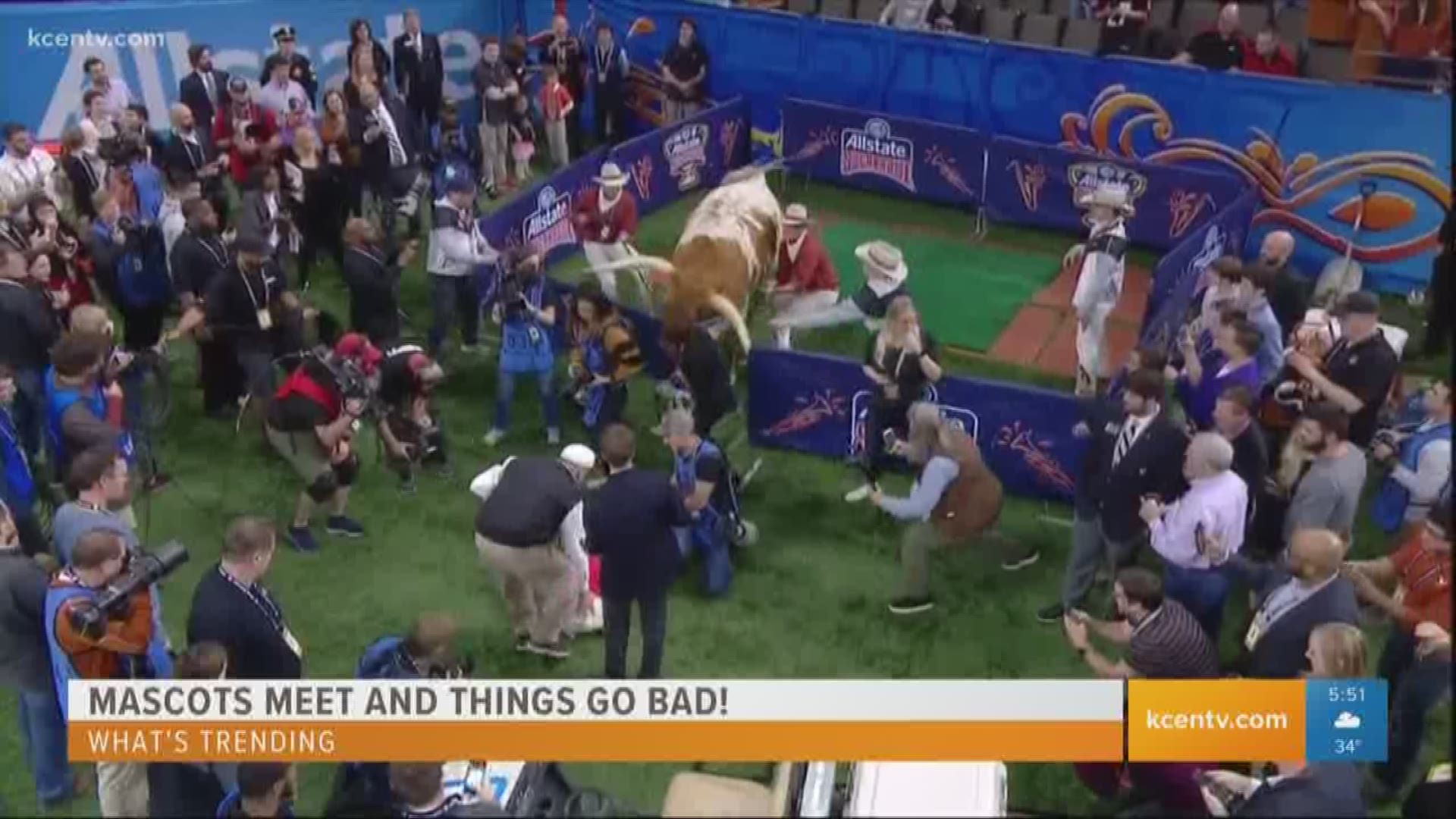 Texas athletics has said that "all established safety and security measures were in place for Bevo." The department say that includes two halters, two chains and six handlers to hold him. And while there were no injuries, there were a few moments of concern on New Year's Night.

NOPD posted on Instagram that they took good care of #BEVO while in town. "He did get a little feisty before the game with Georgia's mascot #UGA but we're happy to report no arrests were made!" Today NOPD, the Sugar Bowl and Dome had no comment, but some fans still in town did.

"I disagree. I think it's a tradition. Bevo's been around for many, many years and I think it would be a travesty if they got rid of the live animals," said a Longhorns fan.

"It's an unfortunate situation, but you can't keep UGA off the field. Maybe that steer's a little too big, but UGA certainly doesn't cause any damage," said a Georgia fan, who said the dog is better taken care of than many people.

"Honestly, I don't think they should have been allowed to bring an animal that big, but at the same time, it's tradition for sports teams to be able to have their mascots," said another Georgia fan.

Eyewitness News asked both Texas and Georgia's communications departments for comments and have not heard back.

PETA said today that there has so far been no response to its letters sent to the universities. 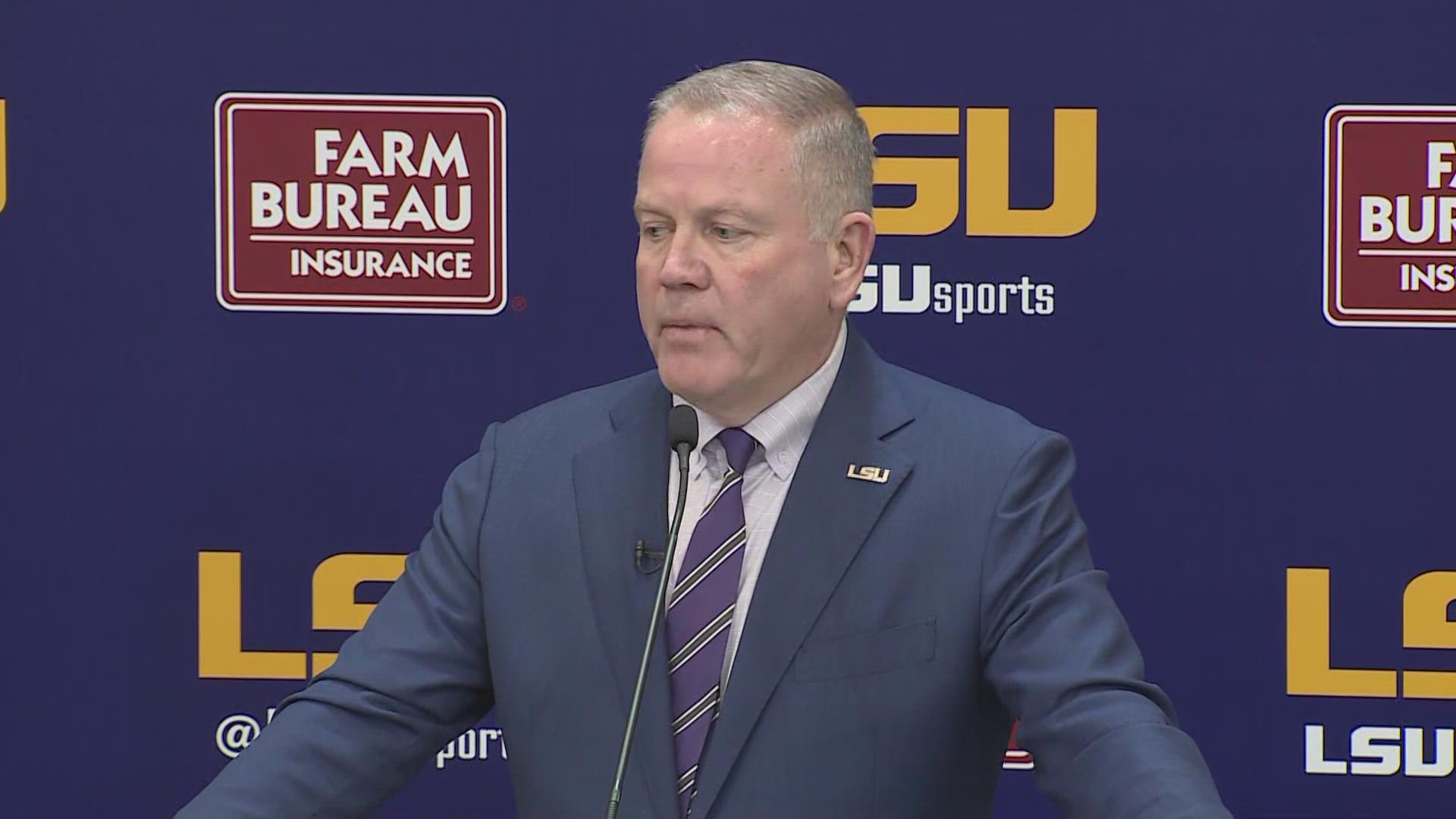