On a special night in the Pine High School gym, the whole community found hope. 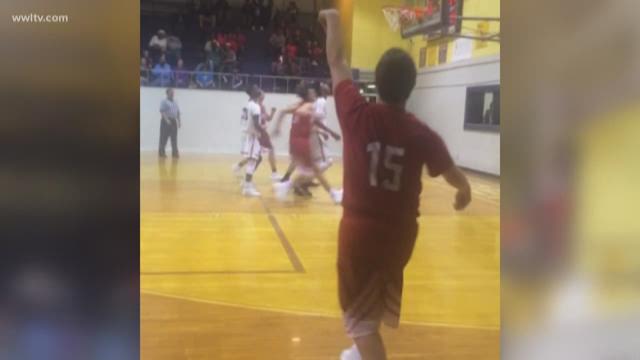 FRANKLINTON, La. -- Bryson Knight, a senior at Pine High School, has already overcome so much in his short life.

At the age of one, Bryson Knight was involved in a car accident that cause him to develop Cerebral Palsy.

One month ago, his father, Christopher Knight, lost his life in a car accident on the Lake Pontchartrain Causeway Bridge.

But it's what happened next that will live in Pine High School basketball legend for years to come.

The day Bryson buried his father, all he wanted to do was play basketball with his teammates.

It took some convincing for his family to let him play, but in the end, they were there in the stands watching him. It turned out to be a night they will never forget.

That night, against Independence High School, Bryson scored a career-high 14 points and poured in four three-pointers. Bryson said he wanted to play for his dad.

"I told my family after the game was over that I made the shots for my dad," he said.

How did he feel when he left the court?

"That my dad was proud of me."

It was more than just Bryson's family beaming with pride that night. His coach and teammates realized they were witnessing a moment bigger than basketball.

"We were losing the game by 20-plus points," Head Coach Drew Meyerchick said. "We had all the reason to be upset, but every player on the bench was pumped up ... one of his teammates that was on the bench at the time came up and hugged me and told me that this was the most fun he's had playing this year."

It's fascinating what sports can do in our darkest moments. They can inspire, give hope for the future and even change what we believe.

"I've always told my guts that I hate losing more than I love winning," Meyerchick said. "The other night changed my mind."

Bryson graduates this spring and said he wants to move on to be a diesel mechanic.