The 10 year veteran is in the last year of his contract with the club and wants to finish his career in the nation's capital. 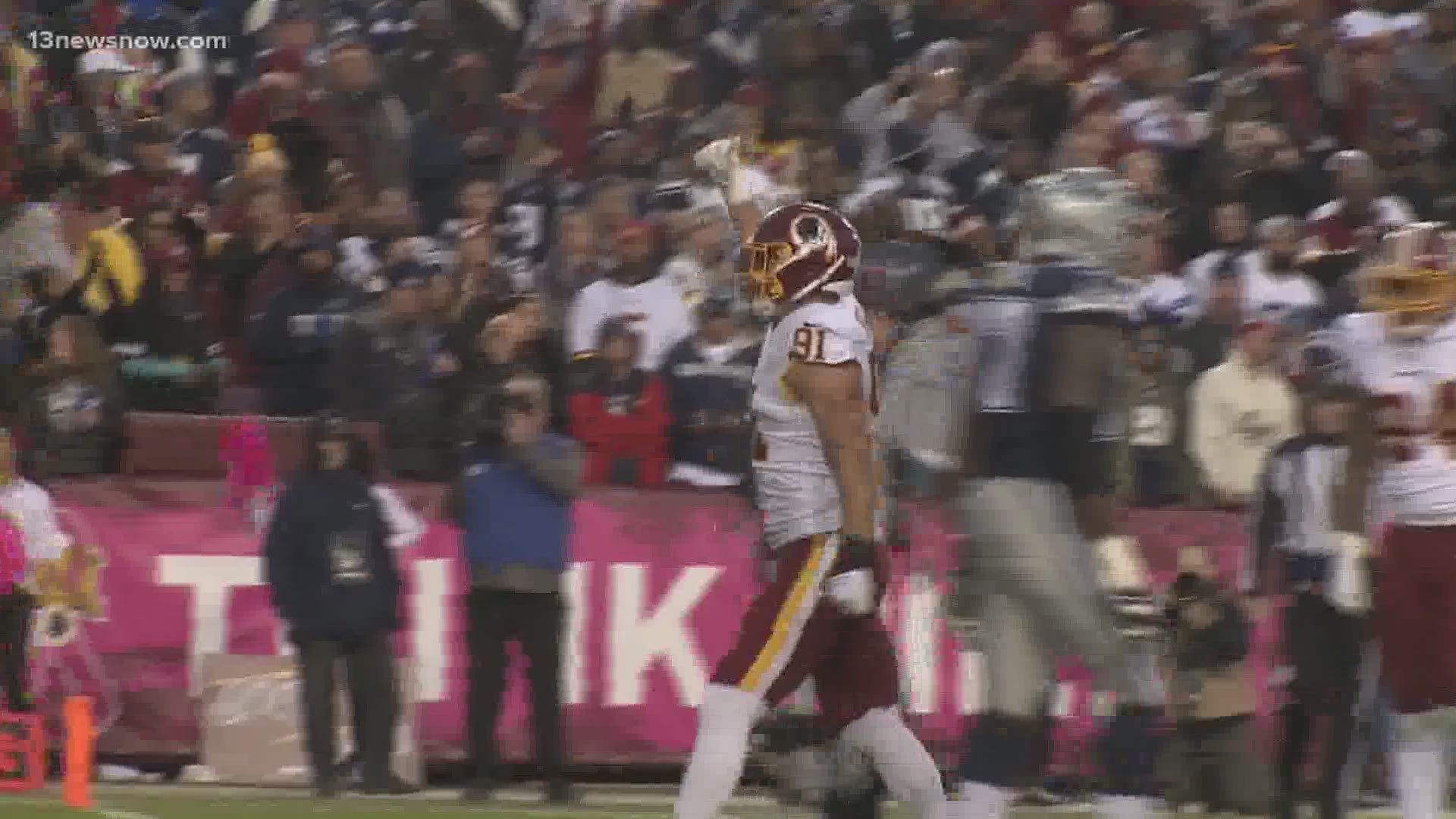 ASHBURN, Va. — It's hard to believe, but Redskins linebacker, Ryan Kerrigan is the 2nd longest tenured player on the team right now next to long snapper, Nick Sunberg. He's been a staple for Washington's defense ever since he got drafted in the first round back in 2011 out of Purdue. It appears he could be at a crossroads in his career. Kerrigan is in the final season of his contract and has expressed he wants to spend the remainder of his career in the nation's capital. "I’ve got to talk to [Head] Coach [Ron] Rivera a couple of times over the phone, haven’t really been able to meet him in person yet because of the whole lockdown and what not. Hopefully I’m here for the long haul. I want to be here. They know where I stand and I want to be here.”

Kerrigan gave his thoughts on being the face of what is now a young and potentially talented defense and usher a new era of leaders on that side of the ball. "I mean, that’s kind of the way the NFL works. You play a long time and your fortunate in that regard but people, especially when you’re as a team, not having the success you want to as a team, fans and people look for new reasons to get excited. Fans should be excited about guys like [DE] Chase [Young].

He like many of his teammates in this time of the coronavirus pandemic had to get creative when it came to working out. His wife , Jessica got video of him pushing their 5,500 pound SUV like a tackling sled. It seemed to work out.