Saturday during the run, there is a very special 66-year-old man you will want to cheer on. 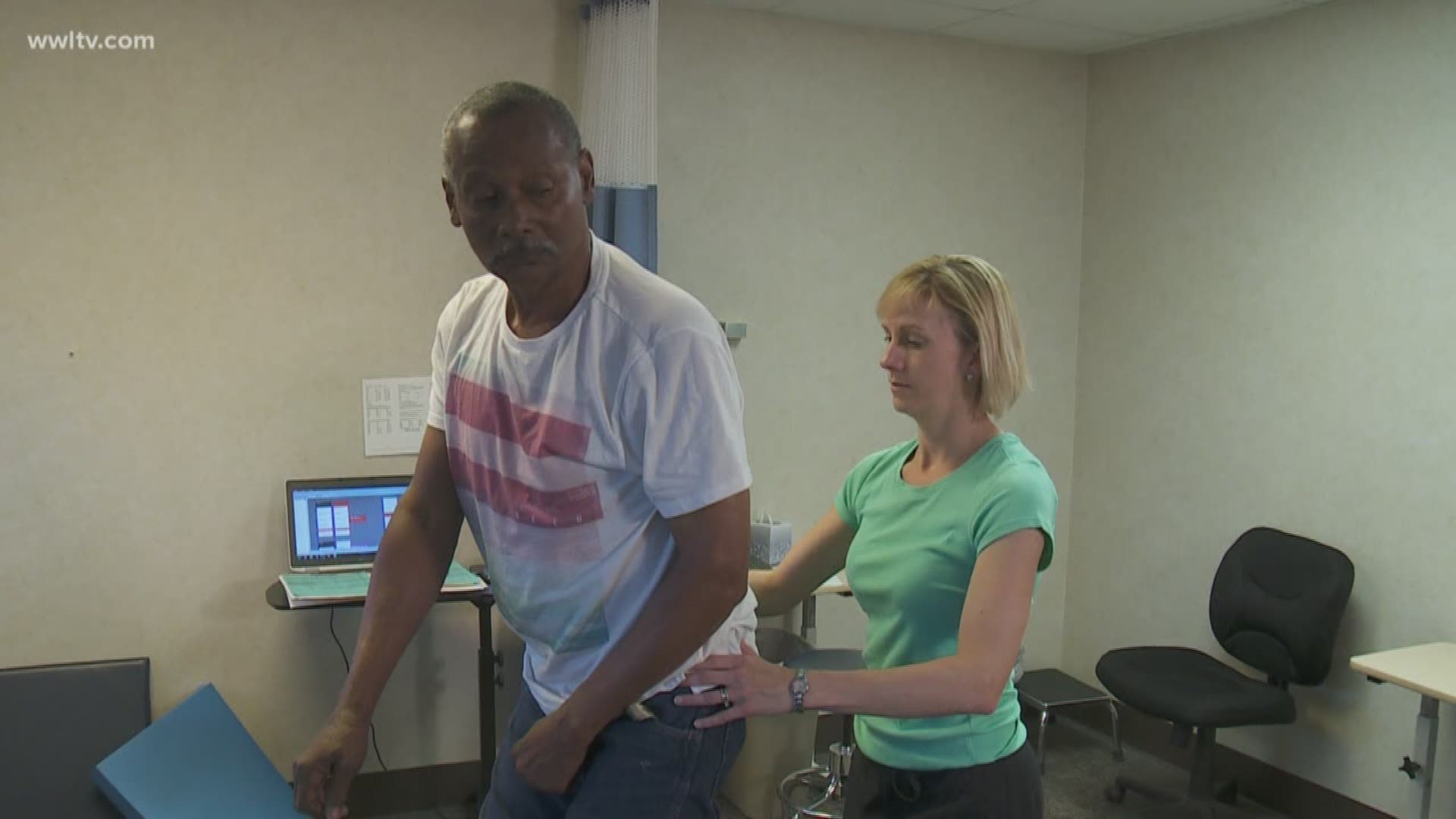 The 40th Anniversary of the Allstate Sugar Bowl Crescent City Classic is Saturday morning. The 6.2-mile race starts in front of the Mercedes-Benz Superdome, then through the French Quarter, up Esplanade Avenue, ending in City Park.

The Health & Fitness Expo at the Hyatt is free and open to everyone and has running clothes, shoes, exercise equipment, nutritional and wellness products, fitness services, speakers, cooking demonstrations and fitness classes Thursday until 8 pm and Friday 10 am to 8 pm at the Hyatt Regency downtown on Level 1.

Saturday during the run, there is a very special 66-year-old man you will want to cheer on.

We first met Gilmore Wheeler, Junior two years ago at an LSU Health physical therapy clinic. It was three years after he suffered from a stroke while at work in home construction.

"I had a piece of onyx on the wet saw to cut it. I went to take it off the saw with my left hand, it wouldn't even raise up. It did like this," Wheeler said sharply dropping his arm. "I know something was wrong."

Then, he was learning to walk and be independent. Now two years later, he has a new goal that many able-bodied people never attempt, Walking the 6.2-mile Crescent City Classic. He got the idea a month ago when he saw a TV commercial for the race.

"I set my heart to do it." When asked if he ever doubted himself, he responded, "Never will. Once I put my mind to doing something, I'm going to do it."

"So it helps everything to relax. So he still has weakness, but he doesn't have that uncontrolled muscle spasm, so he can move with a lot more fluidity," explained Dr. Andrea Toomer, a Physical Medicine and Rehabilitation specialist at Culicchia.

Wheeler also got Dysport injections into some shoulder and arm muscles. That's similar to Botox. And just like when used in the face, it relaxes tight muscles even more, allowing physical therapy to move forward. In the last month with his cane, he walks every day around the city, from Treme' to Canal Street and Carrollton Avenue. On race day, his medical team will walk the entire race with him across that finish line.

"It's going to make me feel like I accomplished a whole lot," said Wheeler.

Gilmore says he believes there's a reason this milestone in his life is on Easter weekend.

"You know, I look at it like this. What I'm going through is nothing compared to what Jesus went through. This ain't nothing. That's why I know I could do it."