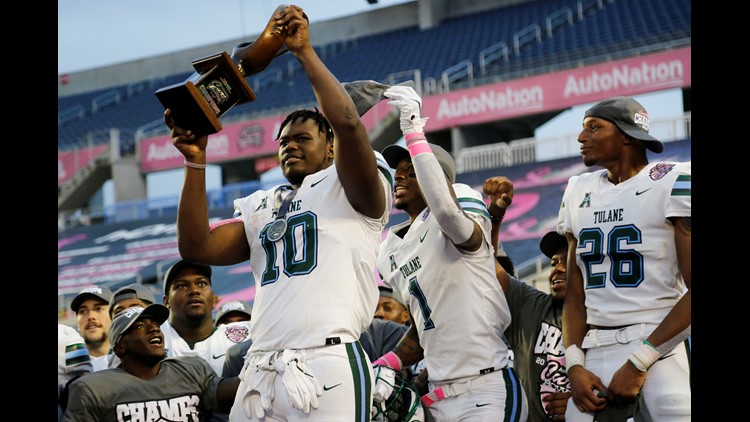 The Tulane Green Wave defeated the Louisiana-Lafayette Ragin' Cajuns 41-24 on Saturday in the Autonation Cure Bowl.

It's Tulane's first bowl game victory in 16 years, since their 2002 win in the Hawai'i Bowl against Hawai'i, The Advocate reports.

Following a big offensive start from Tulane in Orlando, the Ragin' Cajuns closed the gap leading into the fourth quarter.

However, it wasn't enough to mount the comeback, and the Green Wave got its revenge for their 2013 New Orleans Bowl loss against the Cajuns.