Washington NFL will be called 'Washington Football Team' for time being, still will wear burgundy and gold

The team will take on the new name as they wait for an official new logo and name, officials said. 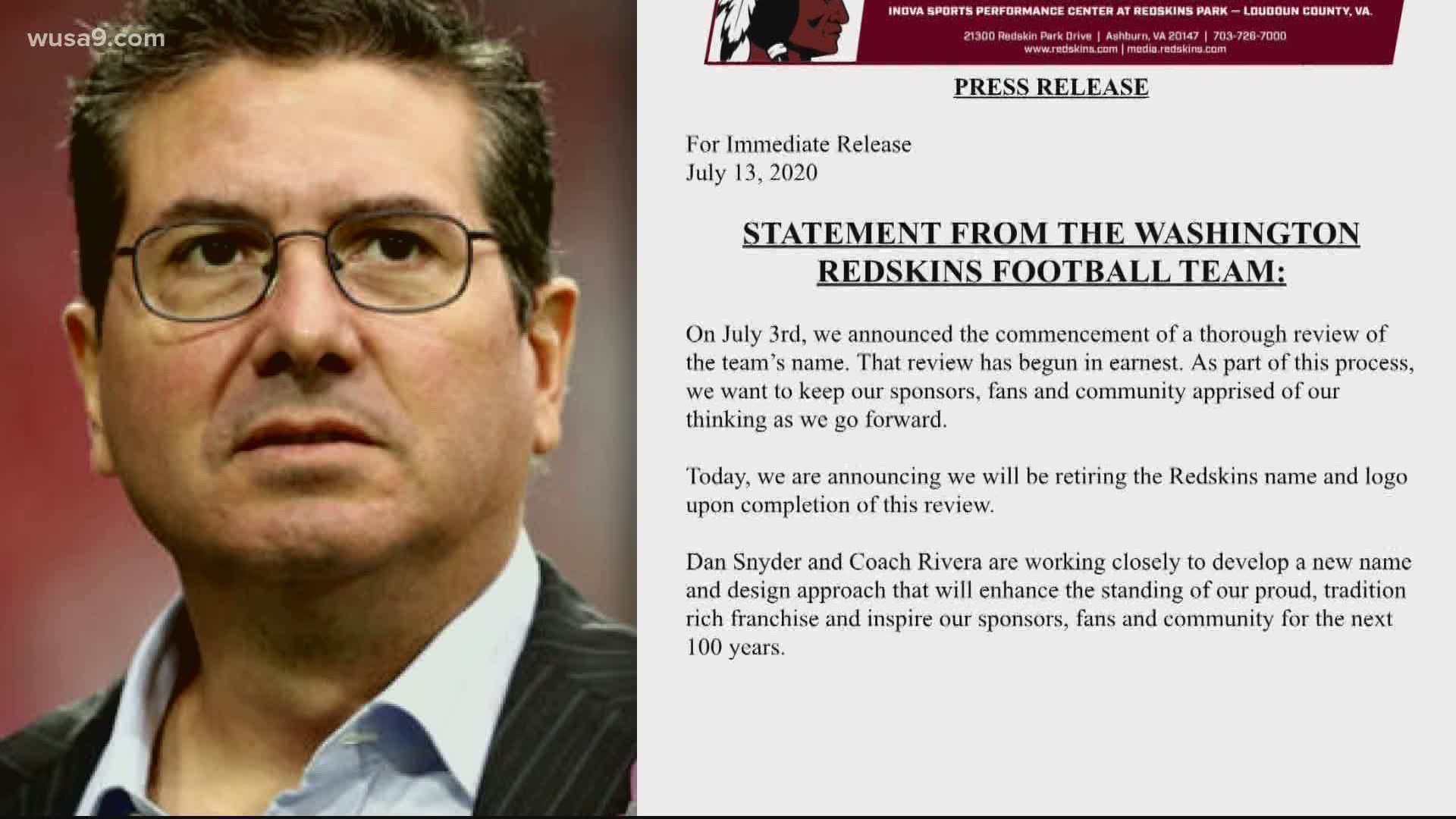 Effective immediately, the Washington NFL team will be called the Washington Football Team while an official name from the league is pending, the team  announced Thursday.

The team colors will remain burgundy and gold. The former logo will be replaced by player numbers, which will be displayed in gold. This isn't the final name for the team, but instead the name they will use until a final decision is made – hopefully before the September 13 season start.

According to the team, fans will be able to purchase Washington Football Team merchandise from the team's NFL Shop and Fanatics in the next couple of days. 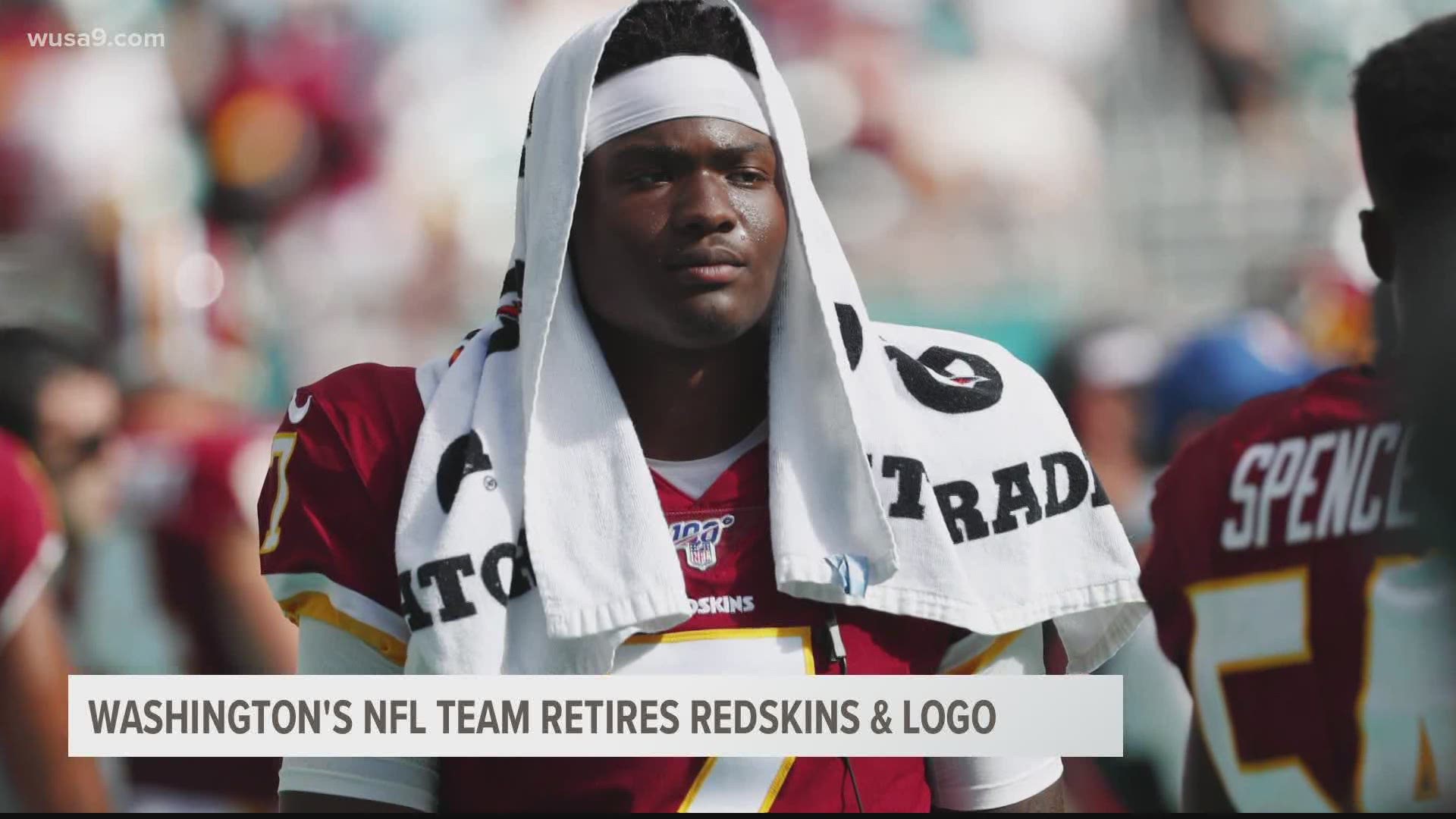 "The decision to use “Washington Football Team” for this season allows the franchise the ability to undertake an in-depth branding process to properly include player, alumni, fan, community, and sponsor input," the team said Thursday. "To date, we have been pleased to see so many people putting forward their vision of what the new name and design should be on their social media channels and we look forward to including their feedback as this process progresses."

The Washington Football Team's (@WashingtonNFL) twitter account is no longer @Redskins but it still has the same native american logo:

Team owner Dan Snyder, who once said he would never change the name, announced last week the team would officially rebrand.

Washington will not have any change to its color scheme. It will still use burgundy and gold. The Redskins logo on the helmet will be replaced by the player’s number in gold. The Washington Football Team will debut its home uniforms in week 1 against the Eagles. pic.twitter.com/8DpC6b0Tyj

To view mockups of the logo, uniform concepts and FedExField design, check out the team website.