Their 12-year-old has childhood 'Alzheimer's.' $3 million is their only hope for saving him.

Marisa DiChiacchio and Mike Dobbyn are desperately trying to fund a clinical trial that might help their son fight a genetic disorder called Sanfilippo syndrome. 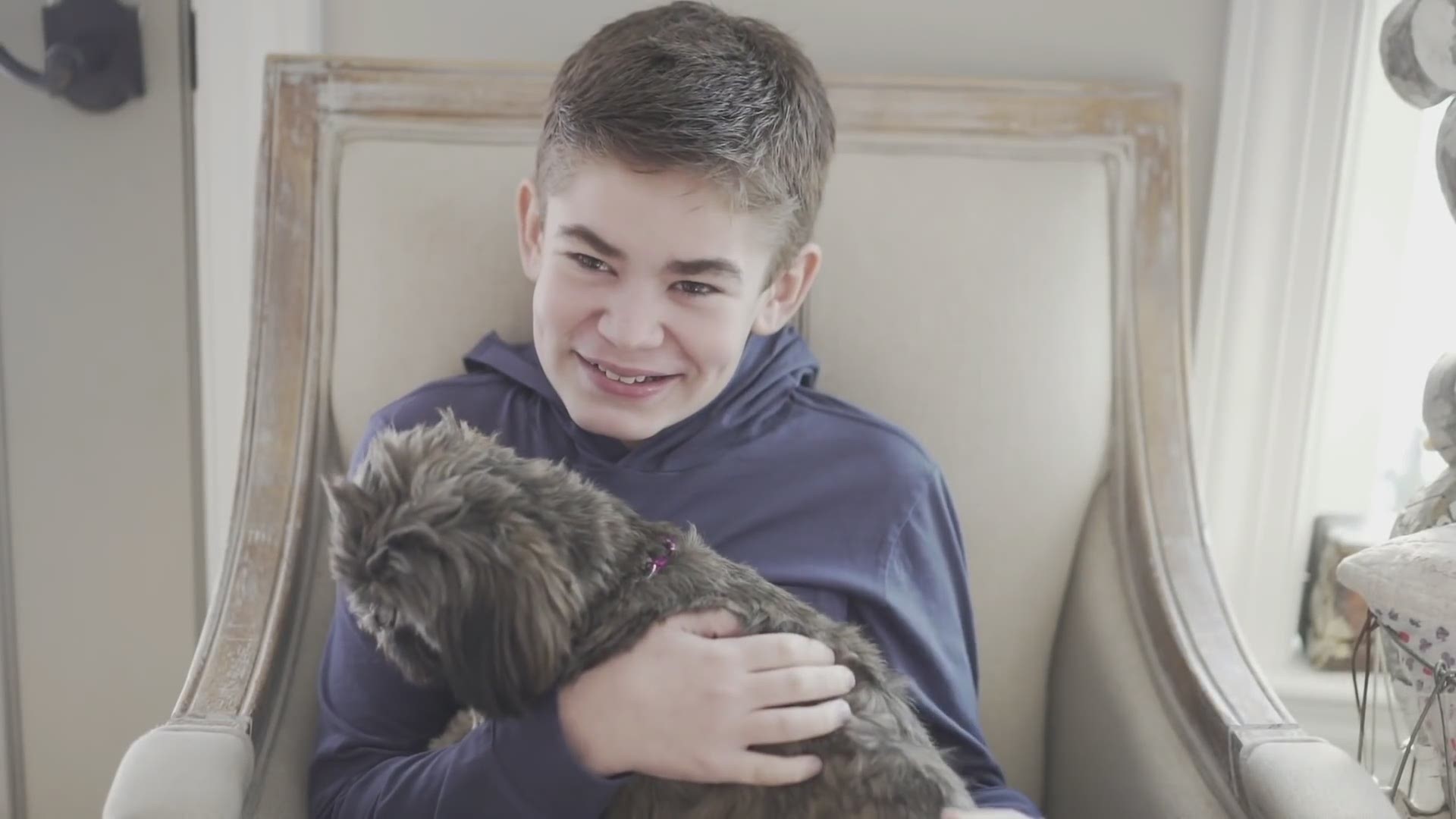 WEST CHESTER, Pa. — Editor's note: The attached video was provided by the family and the Cure Sanfilippo Foundation.

These days, Marisa DiChiacchio divides her time between her full-time job, caring for her two children and a nearly full-time fundraising mission.

It's a lot to juggle, but she doesn't have much of a choice. She needs $3 million before her son runs out of time.

Twelve-year-old Connor Dobbyn, described by his mom as a "little mayor," was born with a rare genetic condition called Sanfilippo Syndrome, a fatal disease which causes Alzheimer's-like symptoms. Most people with the condition die in their early teens and there is no known cure or treatment.

Until he was 10, doctors thought Connor had autism. His parents started noticing developmental delays at an early age that did not improve with intensive occupational and speech therapy.

The family eventually sought genetic testing to rule out other causes. That's when Marisa got a call from the doctor with a devastating diagnosis.

"She might as well have been Charlie Brown's teacher because I wasn't hearing a thing she was saying," Marisa recalled.

Connor is missing an enzyme in his brain, which causes damaging storage material to build up. According to his family, he will develop movement disorders, seizures and dementia as the illness progresses.

Currently, there are no treatments available for his variation of the disease, Type C. Marisa believes that's because it's not financially beneficial for pharmaceutical companies.

"There's no return on investment for large pharma," she said.

The only hope for children like Connor is to raise $3 million for a clinical trial, which is what the Cure Sanfilippo Foundation is hoping to do. The family is fundraising through GoFundMe and has a Facebook page chronicling their efforts.

Throughout the entire process, Connor has maintained his "heart of gold," according to his mom. Because his condition causes cognitive impairments, he doesn't understand the nature of Sanfilippo syndrome.

"He thinks its one ginormous party," Marisa said.

Assuming a clinical trial can be funded, there's no guarantee Connor would even be accepted. But for Connor's parents, there's nothing else they can do to save their son and other children suffering from the disease.

"This is not just for Connor," Marisa said.

You can donate to the Sanfilippo Foundation on their website or through GoFundMe.