Rare Comet NEOWISE will be visible in Louisiana night sky! 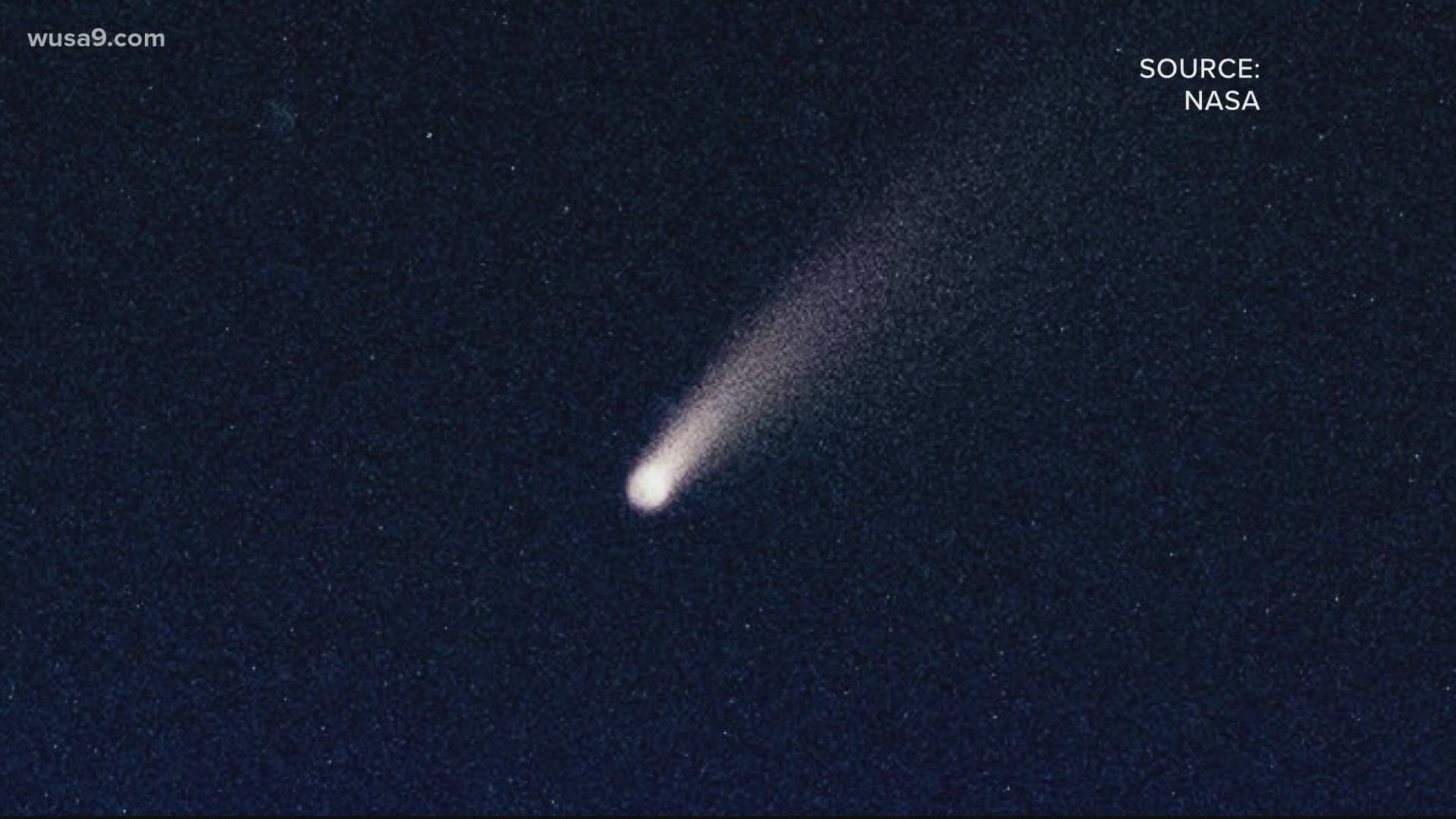 NEW ORLEANS — Wake up early to see a rare sight in the night sky during the month of July!

A comet that survived a recent trip past the Sun is now giving stargazers around the world a rare and surprise display in the early morning hours from July 14 - July 23.

How can you see it?

Comet NEOWISE (Near Earth Object Wide-field Infrared Survey Explorer) is bright enough to see from most of the Northern Hemisphere. Many have reported glimpsing the comet with the naked eye away from city lights, but the best views come with a pair of binoculars.

Comet NEOWISE is best viewed between 4 and 4:15 a.m. low in the northeastern sky. Venus is due East and should act as a reference point as the comet will be at about the same height. It was in the constellation Auriga, its brighter star Capella will also be in the northeast, above the location of the comet.

An easy way to locate the comet is to identify the Big Dipper constellation, then look below that, perhaps a little to the right. If you cannot spot the comet, trees or houses may be obstructing your view.

Credit: Sky and Telescjope
Comet NEOWISE will climb higher in the sky over the next week, but will also become dimmer.

Previously the comet was best viewed early in the morning, but now the comet has transitioned to the best views in the early overnight, about an hour after sunset. Look to the northwest near the horizon.

Comets are like giant snowballs of gas, dust, rock and ice. Comets in our solar system orbit the Sun just like anything else, but usually their orbits are highly elliptical.

They'll spend most of their lifetimes in the outer belts of the Solar System. But as they approach the Sun, the solar winds heat up the comet and cause some of the dust and debris to glow and become ejected from the comet itself. That's what causes the tail.

After July 15, Comet NEOWISE will get dimmer and climb higher in the sky. On July 23, the comet will be closest to Earth yet very difficult to spot without binoculars or a telescope.

If the storms clear out in time tonight, you should be able to see #cometNEOWISE! Look NW between 9:38 PM to 10:06 PM. If you miss it this evening, you will still be able to see it until at least July 19th. #lawx #BeOn4 @WWLTV pic.twitter.com/r5EdEX6RHB