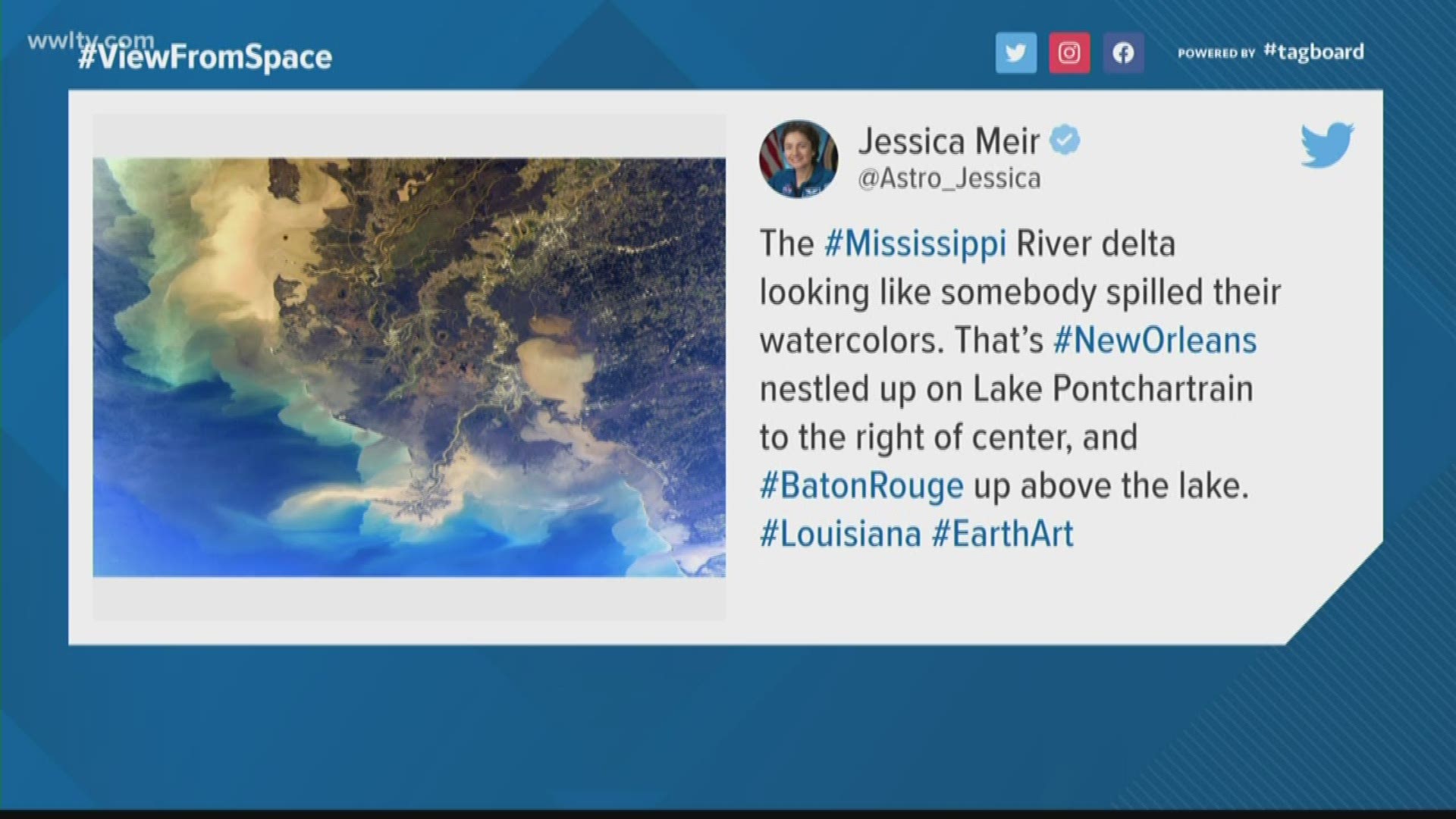 NEW ORLEANS — Can you see your house from here?

NASA astronaut Jessica Meir shared a stunning photo of south Louisiana from space Tuesday. The photo was taken from the International Space Station where Meir is currently working on her first spaceflight.

"The #Mississippi River delta looking like somebody spilled their watercolors," Meir wrote on Twitter, describing how the muddy waters from the Mississippi and Atchafalaya rivers mix with the blue Gulf of Mexico.

Meir has been in orbit around the Earth since Sept. 2019. She made history a month later by being a part of the world's first all-female spacewalking team that replaced a broken part on the space station's power grid.

South Louisiana and Mississippi have also been making headlines in regards to spaceflight. In December, NASA's Michoud Assembly Facility in New Orleans unveiled the "most powerful rocket in the world" which launch humans and cargo to the moon and beyond.

RELATED: NASA's path back to the moon runs through New Orleans