Opposing groups say yet another pipeline will make coastal erosion worse. Supporting groups say it's the safest option that will create millions for parishes. 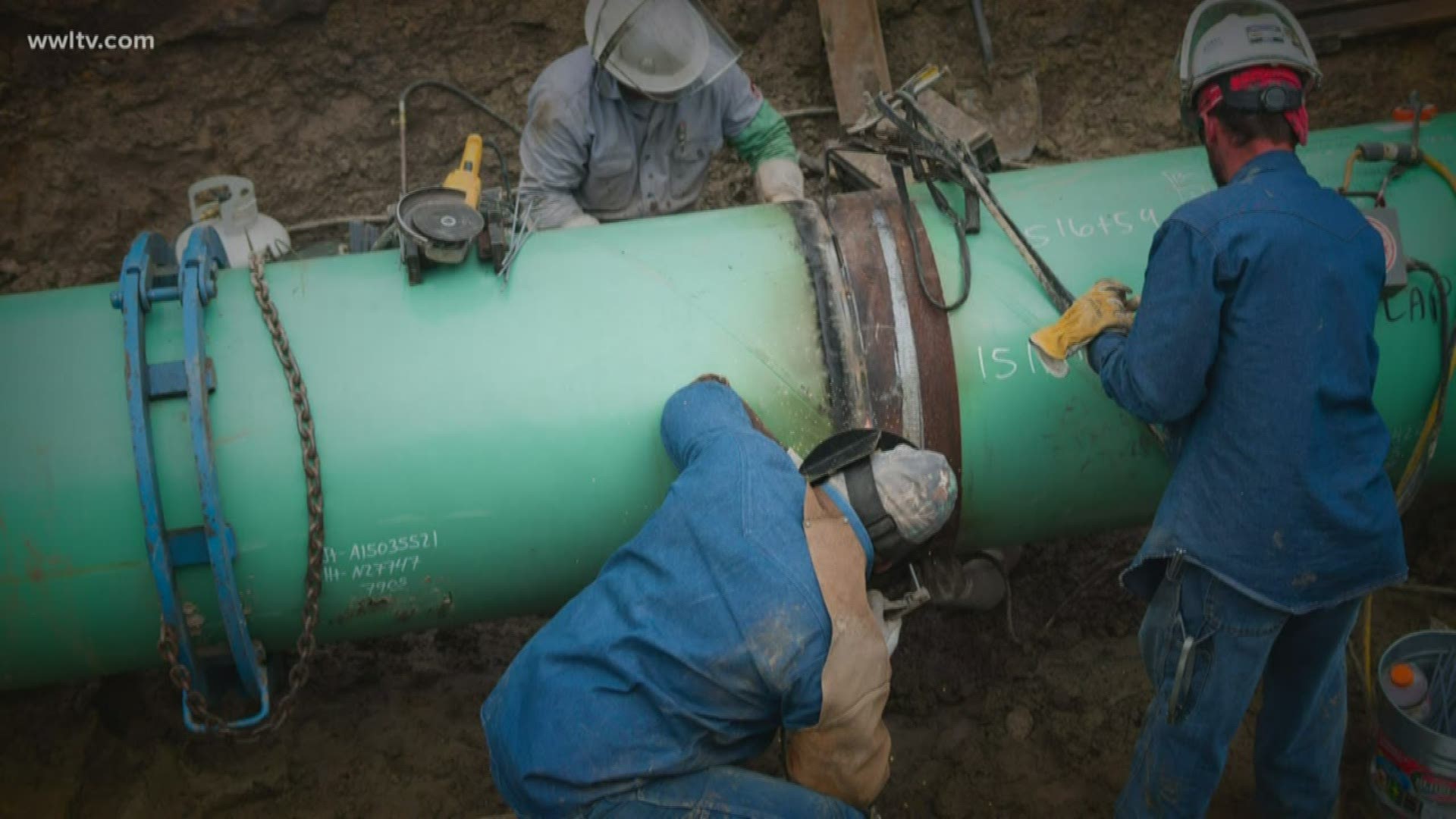 NEW ORLEANS — For two years, crews have been working on the Bayou Bridge Pipeline, the oil line created by Texas-based energy companies Energy Transfer and Phillips 66.

Now, the controversial pipeline is ready for service.

Those in support of the pipeline, like Randy Hayden with the grassroots group Louisianians for Energy, say it's the safest way to transport oil through the state.

"We do pipelines better than just about anyone in the world. We've got great expertise. A tremendous track record for safety. Its economically viable. It's the best, safest way to get oil from one place to the next," Hayden said.

Environmentalists disagree, like Anne Rolfes and the Louisiana Bucket Brigade, an environmental health and justice organization.

"The oil industry is acting like it's still the 1950s, when perhaps these pipelines were something that we needed. Everybody in Louisiana ought to know that we already have over 100,000 miles of pipeline. We don't need anymore. Our state is sinking and the coast has already been destroyed by the oil industry," Rolfes said.

Throughout the pipeline's construction, those in opposition held a number of protests aimed at stopping it.

According to officials with the Louisiana Bucket Brigade, more than 24,000 people wrote to them about their opposition.

Louisianians for Energy members, however, said the profits from the pipeline will create more opportunities for those in the state.

"There is about 1.8 million dollars in property taxes in those 11 parishes that are going to be paid in the first year in that pipeline, specifically. That's going to offer opportunities to pay for new roads and bridges, law enforcement, local police officers. That's just in that area," Hayden said.

Nevertheless, the pipeline is complete and will be in service next week. Protesters said they'll continue to stand against the pipeline.

"We said no, very clearly, to this pipeline and obviously, we still have work to do," Rolfes said.