Louisiana's first line of defense against hurricanes is disappearing

Time may be running out for Louisiana's barrier islands. 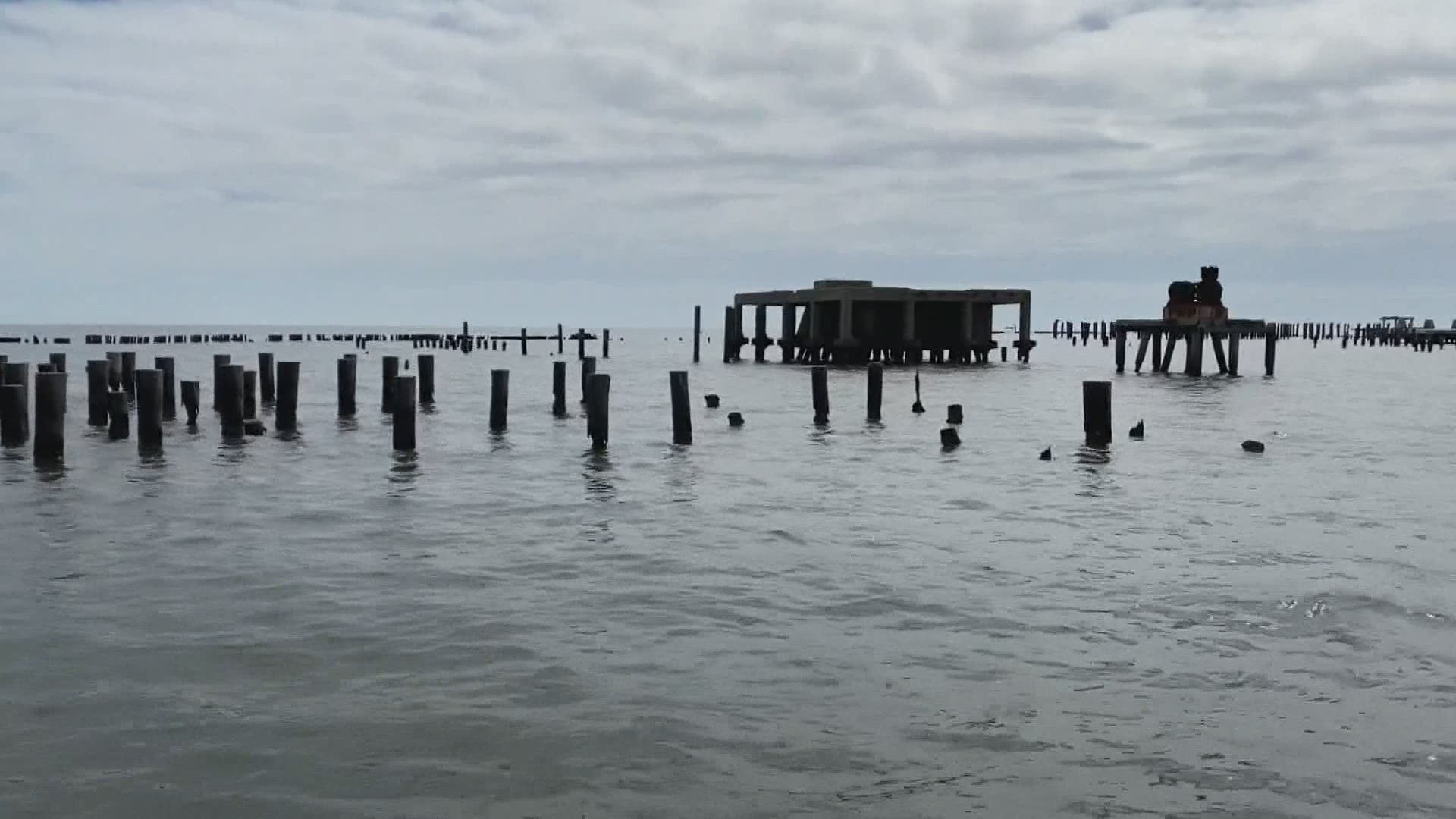 COCODRIE, La. — All around Cocodrie, Louisiana the land is disappearing and with it perhaps a way of life. Protecting this town and so many others inland are a series of barrier islands vanishing into the water.

There are a list of reasons why barrier islands are important. Most notably they serve as the first line of defense when a hurricane hits.

“When the storm comes in they are the thing that takes the first brunt,” said Alisha Renfro with the National Wildlife Federation during a tour of barrier islands last month.

These land masses also keep the waters of the Terrebonne Bay quiet. That in turn slows down the erosion of the wetlands closer to people, according to Alexander Kolker, coastal geologist and professor at the Louisiana Universities Marine Consortium.

The state has lost 2,000 square miles of land since the 1940s. Like the marshes, these islands are shrinking because the land is sinking and seas are rising. Hurricanes have also left the islands badly damaged.

On a blue-sky February day, Renfro along with a team of scientists and conservationists gave me a tour of the barrier islands, sitting about 10 miles by boat from Cocodrie. On our way, we come upon the Lake Pelto Sulphur Mine Island. A photo from 1988 shows a large building on it and satellite imagery from around the same time shows most of the Island still visible. Today, the island is submerged with a few feet of water. A handful of abandoned structures remain and only a small strip of land is peaking above the surface.

“We think a lot in New Orleans about “ain't dere no more” and this literally an island where there were buildings and people working and now there is hardly anything left of it,” said James Karst with the Coalition to Restore Coastal Louisiana.

It isn’t just this small island disappearing. Not far to the south of Lake Pelto Sulphur Mine Island you will find the barrier island chain serving as the last strip of land between the Gulf of Mexico. This chain is also deteriorating. Less than 200 years ago, Isles Dernieres or Last Island was one continuous island, roughly 25 miles long and a mile in width.

“Back in the 1850s, there was a big hotel here,” said Ken Gaines with Coastal Engineering Consultants. “It was a big resort for the rich and famous in the south. Around 1856, a hurricane came through here and blew this place away, destroying the hotel, killing most of the people that were at the hotel.”

Today, Last Island is made up of several uninhabited barrier islands; East, Trinity, Whiskey, Raccoon, and Wine Island. According to USGS, they are eroding so quickly that some estimates predict they will be gone by the end of this century. But Gaines along with other scientists at Coastal Engineering Consultants are working to slow down the destruction.

On Trinity Island, there is a restoration project paid for by BP after the spill. The funds are coming from the Natural Resource Damage Assessment or NRDA. Crews are rebuilding the land by dredging sand from about 10 miles offshore.

“These islands will serve to protect the inland areas from future hurricane damage,” Gaines said. “Another effect of this is habitat. By the time we are finished with this island will have created at least 1,000 acres of pristine fresh habitat.”

Trinity Island is one of three restoration projects by the company. The team just completed work restoring West Belle out of Port Fourchon. The next project, Timbalier Island, is in bad shape.

“One of the last projects in this project is Timbalier and you can really see a difference even looking at aerial imagery,” Gaines said. “You can look at that and you can see how badly damaged it’s been over the past several decades.”

While these projects are offering a bit of optimism, geologists say taking sand from the bottom of the ocean and dumping it somewhere else can have it’s own consequential impacts and another problem, the protection may not last very long at all.

“There is a relatively large restoration project on these barrier islands with the idea of maintaining these islands for 10, 20, 30 years, depending on the exact project,” Kolker said. “But the idea is to keep some level of buffer a few years in the future.”

While time may be running out for these barrier islands, scientists are hopeful that more new restoration projects, some closer to the mouth of the river, will serve as a life raft as land sinks and waters rise.

“We can build levees, but levees only go so far. You actually need a healthy natural environment in front of those levees to really protect people,” Renfro said. “And when it comes to preserving the culture of Louisiana as well as protecting people against things like storm surge coastal restoration is really key.”

RELATED: Key program for coastal restoration is spending millions on forests instead