Report looks how to move Louisianans from high-risk flood areas

The report was built around public input from people living in these areas. 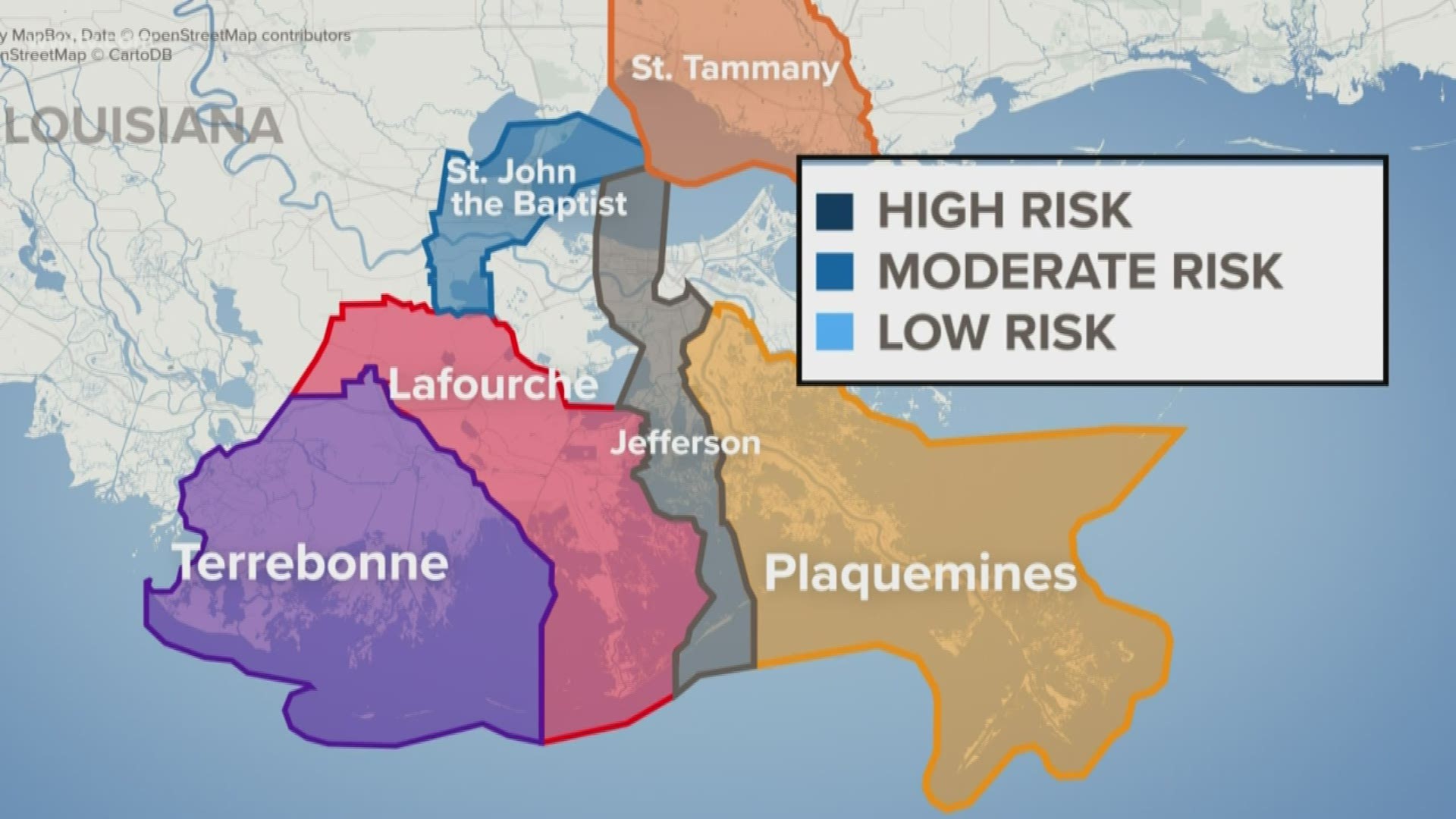 In Plaquemines Parish, the views can be breathtaking. But there is also a risk, one Jill Baumy knows about firsthand.

Plaquemines, where Baumy has lived for nearly 40 years, is one of six parishes included in new a state report that divides the areas into low, moderate and high risk zones.

"What this means is that people are really beginning to look at the risk, really begin to understand it so that people can participate and make informed choices going forward,” said Steve Cochran with Restore the Mississippi River Delta.

The blueprint also details steps to move people away from these areas, to higher ground in Jefferson, St. Tammany, St. John and upper regions in Plaquemines, Lafourche and Terrebonne parishes.

Cochran said the report was built around public input from people living in these areas.

“The result was almost 3,000 people all across those six parishes getting involved and coming out to public meetings.” Cochran said.

"You not only have to think about ways to help people leave, you have to figure out where they are going to go and communities are communities ready to receive them,” Cochran said.

Baumy said she has trouble thinking about having to leave  the place she's called home for so long.

“I would like to see them do more to protect us from storm surge and hurricanes and stuff instead of getting rid of everybody,” she said.

Cochran, however, said the blueprint is a balance of both improving flood prone areas but also preparing for what could be coming down the line.