The current 214-day flood fight on the lower Mississippi is historic and unprecedented. It is expected to surpass the 1973 event, which lasted 225 days. 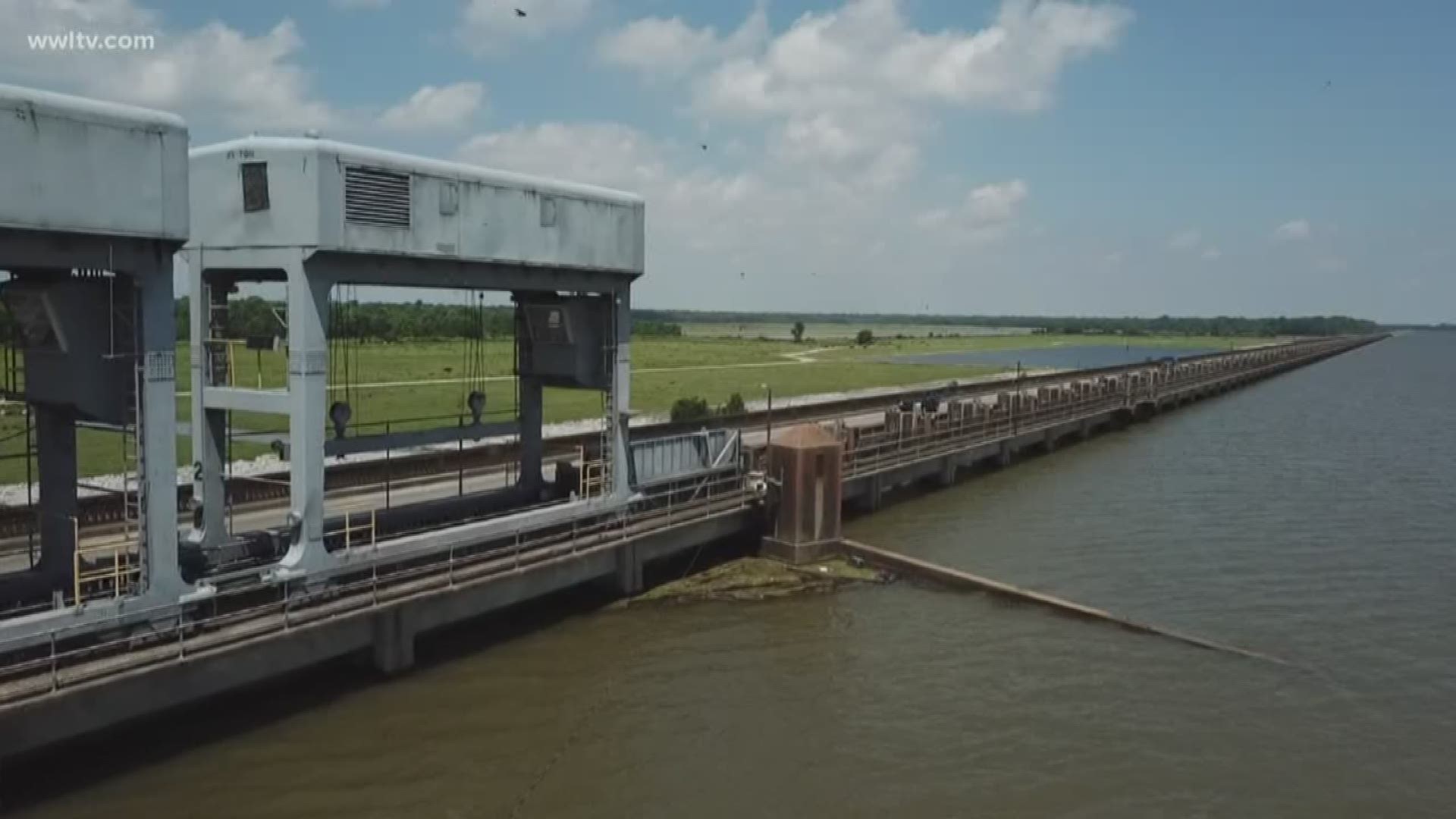 NEW ORLEANS — The Army Corps of Engineers now has approval to open the Morganza Control Structure and Floodway north of Baton Rouge. If rain in the Arkansas and Missouri river valleys meets current forecasts, the operation will begin on June 2.

The Mississippi River has set records for the number of days it's been at flood stage near Baton Rouge and near Natchez, Mississippi, according to National Weather Service hydrologist Kai Roth.

The Morganza in Pointe Coupee Parish would divert approximately 150,000 cubic feet per second (CFS) from the Mississippi River into the floodway to avoid water overtopping the structure.

"What that means is if the river flood continues to move as it is doing, we would be increasing the risk to communities below that structure because we're unable to use that structure as it's designed to do," Army Corps spokesman Ricky Boyett said.

RELATED: Morganza Spillway to open for 3rd time ever

The Bonnet Carré Spillway just upriver from New Orleans is also currently open. It has already been opened twice this year – the first time in its history that it has opened more than once in a calendar year.

"Much like Bonnet Carre is to New Orleans, Morganza is to Baton Rouge," Boyette said. "We use the Morganza control structure to divert water off the system and prevent it from exceeding design levels in the areas below the structure."

The Army Corps will implement a gradual opening of the Morganza floodway to minimize impacts to wildlife, particularly the black bear population, and allow federal and state resource agencies to coordinate and implement rescue efforts for various species.

"The reason why we're doing that is to help evacuate the wildlife that's in the floodway without undo duress," Boyett said. "So, for a three day period we will slowing increase the water in the floodway. That way, we'll be in position on June 5 to pass that amount of water needed to keep it from overtopping."

Impacts from this Morganza opening could exceed that of 2011, the last time the spillway opened. 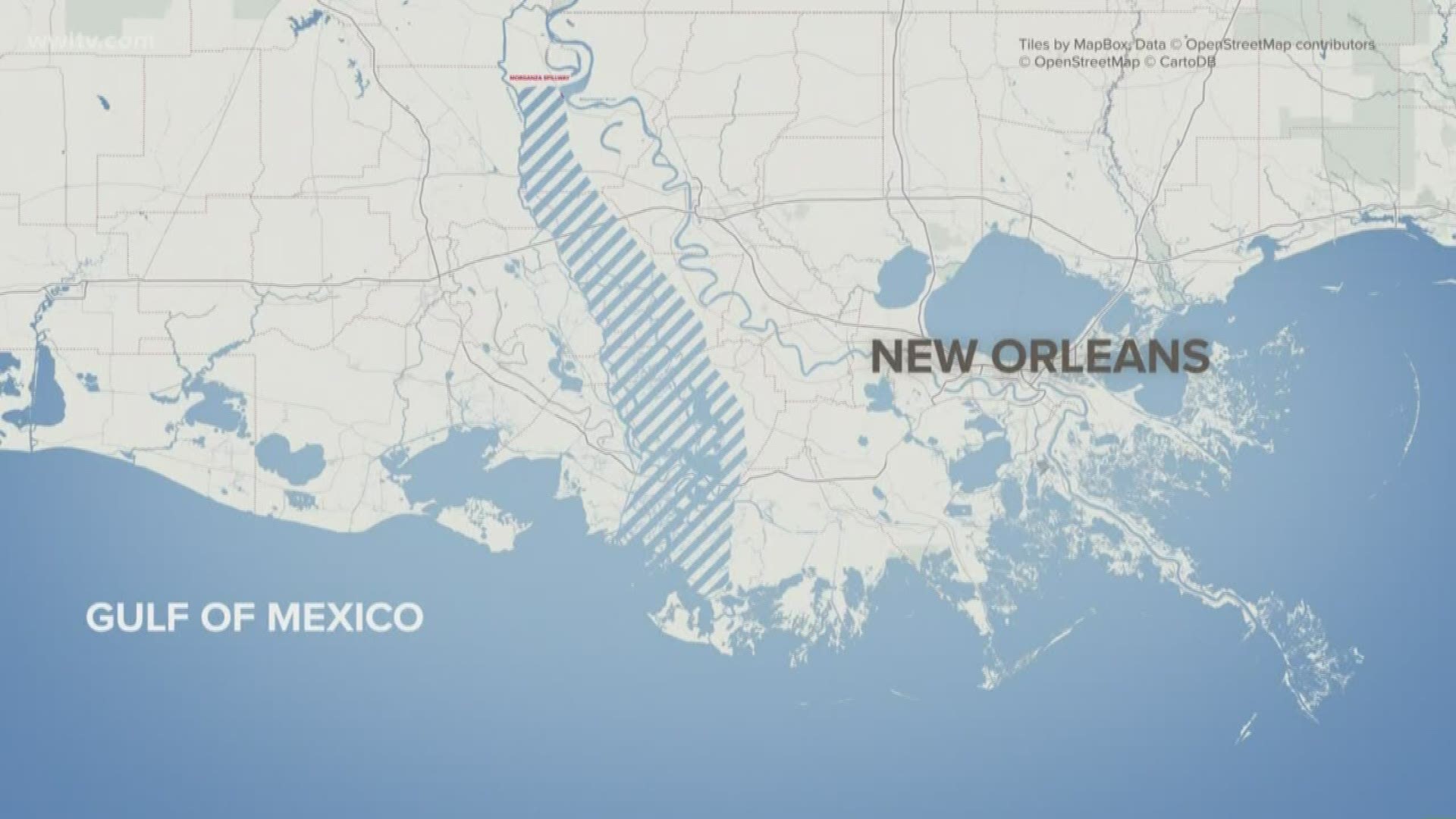 The Army Corps expects the spillway to fill up with water.

Opening the Morganza would inundate 25,000 acres of farmland in Louisiana's Atchafalaya Basin in the central part of the state, Agriculture Commissioner Mike Strain said during a news conference last week with Governor John Bel Edwards. He said he has advised farmers to move livestock, crawfish traps and other equipment out of the floodway, and asked the U.S. Department of Agriculture for a disaster declaration.

Monday, Governor Edwards echoed that statement on Twitter, "All potentially impacted residents, landowners and businesses are urged to heed the direction of their local officials and take necessary precautions in advance of the pending operation."

The current 214-day flood fight on the lower Mississippi is historic and unprecedented. It is expected to surpass the 1973 event, which lasted 225 days.

The Associated Press contributed to this report