Under the Artemis program, NASA hopes to land the first woman and next man on the moon by 2024. 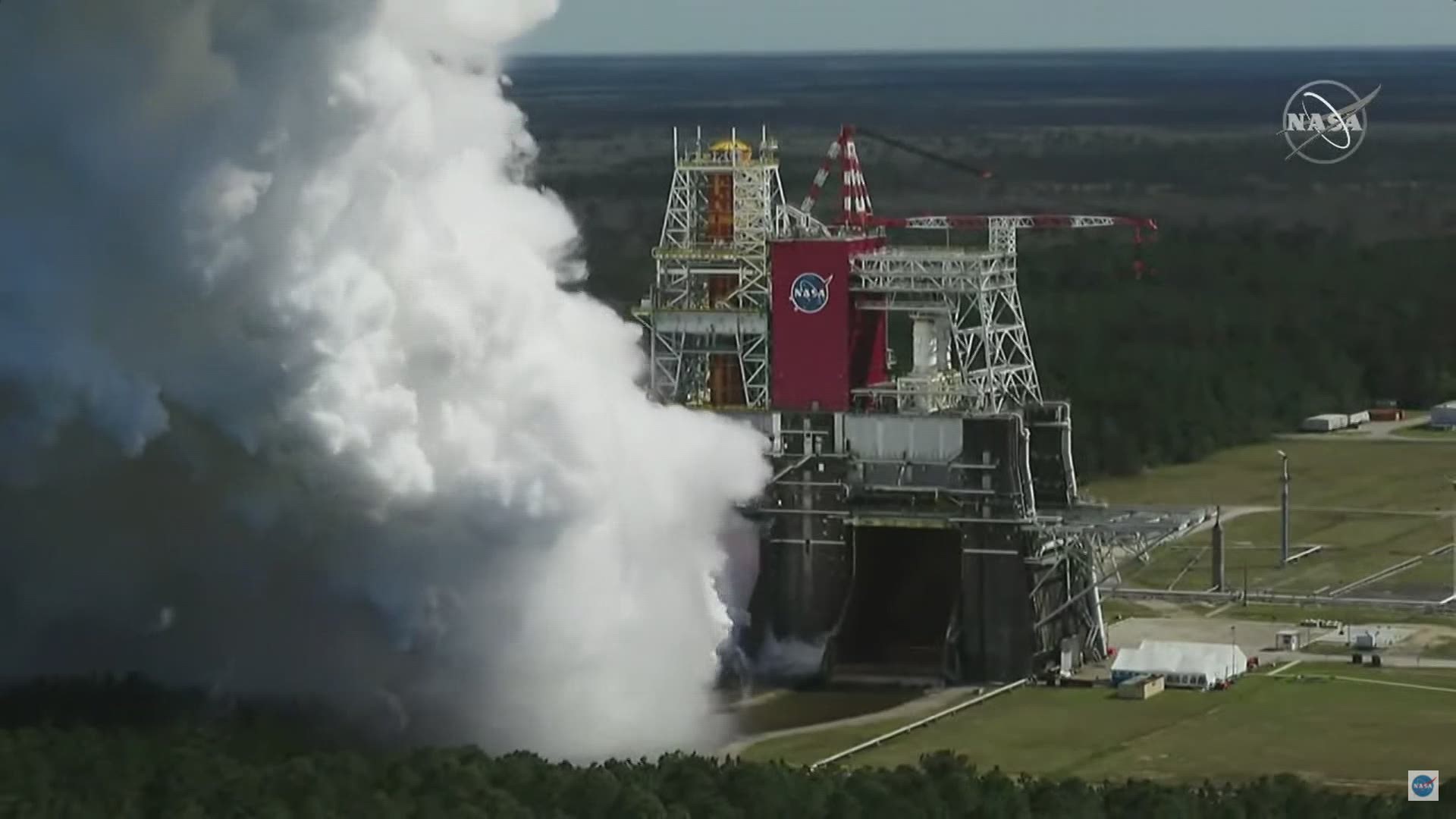 HANCOCK, Miss — NASA says its last series of tests on Thursday for the rocket that will be used to launch the next mission to the Moon was a success.

The space agency targeted a two-hour window starting at 3 p.m. on March 18 to perform a hot fire test of the core stage for the Space Launch System (SLS) rocket. Testing was completed at Stennis Space Center near Bay St. Louis, Mississippi.

The hot fire got underway around 4:40 p.m. EDT with all four RS-25 engines igniting successfully. The test ran for about eight minutes before reaching a completed cut-off. According to NASA, that's a good thing.

That’s how long today’s successful Green Run hot fire test of the @NASA_SLS core stage lasted — providing enough data to determine if the stage is ready to be delivered to @NASAKennedy ahead of the #Artemis I mission: https://t.co/4CvC8wHUln pic.twitter.com/NJo2RiwhIG

Thursday's test marked the final Green Run test to ensure the rocket is ready to launch future Artemis missions to the Moon. It also marked the final test before being shipped to the Kennedy Space Center in Cape Canaveral, according to NASA.

Once in the Sunshine State, the SLS will go through launch preparations and integration with the rest of the rocket.

The SLS rocket will be used to launch the agency's Artemis I mission. Under the Artemis program, NASA hopes to land the first woman and next man on the moon by 2024, paving the way for sustainable exploration and future missions to Mars.

You can watch a complete recap of the test-fire here: