One of two travel lanes is to be replaced by parking lane and bike lane in each direction. 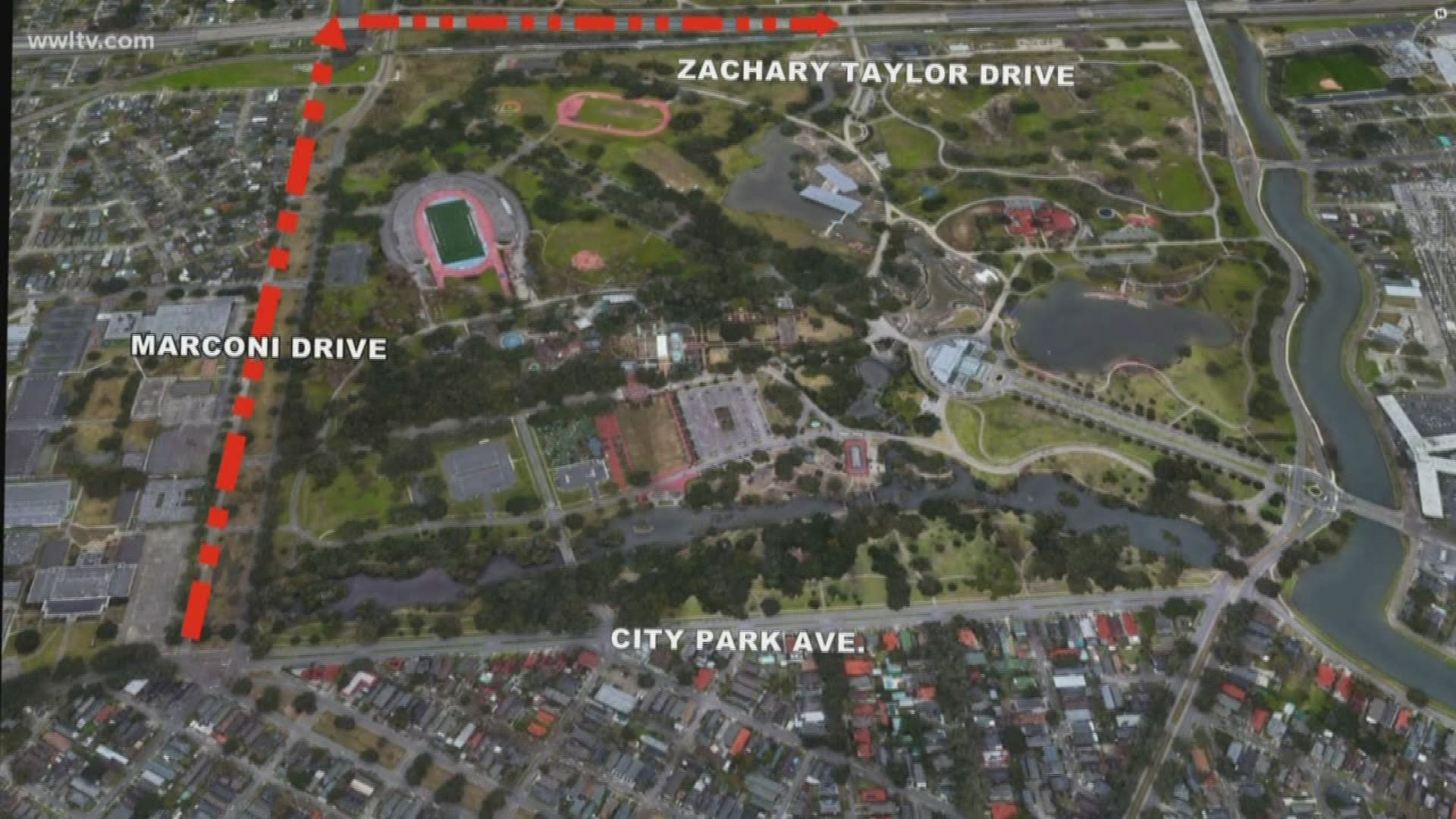 A $3 million project that begins next week is designed to make the trip to and from the park safer for bikes and vehicles.

"I'm all for more bike lanes in this city," one bike rider told WWL-TV. "My wife and I we ride our tandem all over the place. If you can make it safe for bicyclists, it's all the better.

The new bike lanes would extend from City Park Avenue to Zachary Taylor Drive near the I-610 overpass along Orleans Avenue and Marconi Drive.

The roadway would be reconfigured from the current two travel lanes, to one travel lane, one parking lane and a protected bike lane both river and lake bound.

Bottom line for drivers, during construction there will be one travel lane open in each direction.

"I just think it's necessary that there is a bike lane for the cyclist's safety," another cyclist said. "But, I do know it causes issues with the traffic."

If you're headed to see some high school football at Tad Gormley Stadium you need to know this...there will be no parking on both sides of Marconi and Orleans while the work goes on.

A city spokesman told us, "Throughout the planning and design phases of the project, the City has been closely coordinating with representatives from City Park and Delgado Community College about parking restrictions, as well as access to the campus and Tad Gormley Stadium during athletic events."

"You ride with traffic," he said. "You don't go into oncoming traffic. You actually yield to their turn. There's a million rules I think. If everybody followed the rules we could have lanes or not have lanes and everybody would be alright if we figure that out."

The project begins next Monday.

We're told the city will be canvassing the area on Tuesday to distribute information about the bike lane project.

The project is expected to take about 40 days to complete.