Cantrell on camera thresholds: 'I will not apologize'

New Orleans Mayor LaToya Cantrell defended her choice to not warn the public that the threshold for getting a traffic ticket in school zones would be reduced, a move which generated millions of dollars for the city. 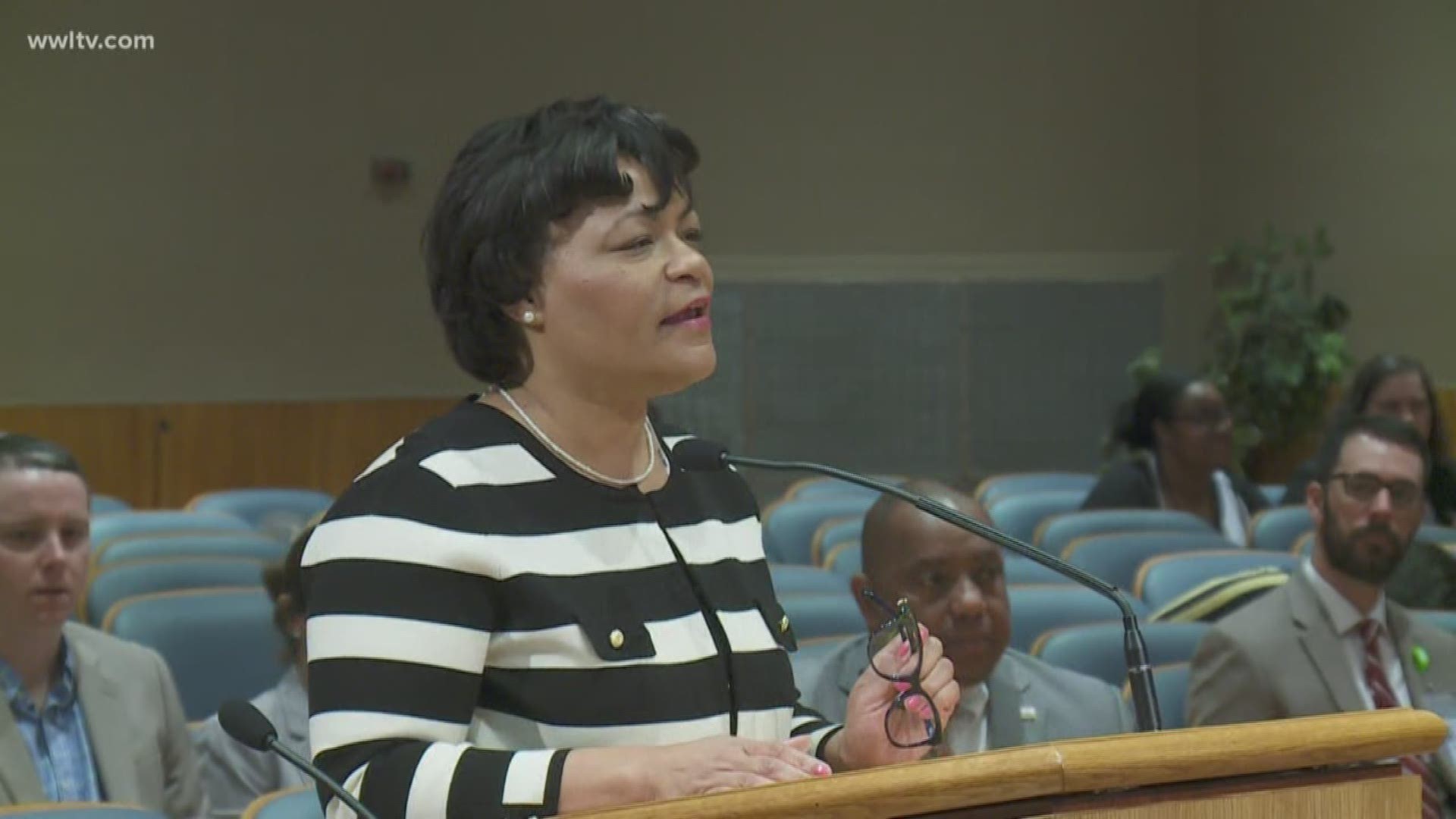 NEW ORLEANS — New Orleans Mayor LaToya Cantrell continued to double down on her controversial change to traffic camera thresholds Monday during a meeting of the New Orleans City Council to discuss the issue.

"One out of five vehicles every single day do not adhere to the laws that are on the books," Cantrell told the council. "If I could have gone to zero, I would have done so."

Cantrell pointed to the 2014 death of 6-year-old Shaud Wilson in a hit-and-run crash near his school bus stop in Gentilly as proof that stricter enforcement was needed.

"It is unacceptable to speed in school zones in the city of New Orleans," she said. "I will not in any way apologize for that."

Councilmembers expressed universal disapproval for Cantrell's administration's lack of warning to residents before the change, with many asking the city's chief administrative officer, Gilbert Montano, how the city reconciled changing the threshold -- allegedly to increase school safety by forcing drivers to slow down -- with not giving a warning to allow drivers to lower their speed.

"Potentially, I think the data does demonstrate that (a warning could have changed driving behaviors)," Montano said.

But he reiterated the mayor had the final say.

The city’s traffic cameras, largely found near school zones, have a cushion for a few miles over the speed limit before they take a photo of the car and send a ticket to the driver.

Since they were installed, that threshold has been 6 mph over the posted speed limit of 20 mph.

In February, the city cut that cushion down to 24 mph without announcing the change to the public. When the change was first reported in April, it prompted an outcry from residents who received tickets for going the same speed they had for years.

According to a report from the New Orleans Advocate, the city received a study ahead of the decision showing that they would take in millions of dollars in additional fines because of the lowered speed threshold.

"I've gotten those tickets in the mail. And it's just always been a surprise,” New Orleans resident Dana Walker said in a previous Eyewitness News report.

A public records request by Eyewitness News shows traffic tickets in February almost doubled the ones in January, and that number was higher than any month in 2018.

Budget Committee President Jared Brossett on Monday said that since the change wasn't publicly announced, he and the council want some form of amnesty -- something the Cantrell administration says isn't in the works.