The southbound lanes of the Causeway were closed Wednesday afternoon, minutes after the northbound lanes were reopened. 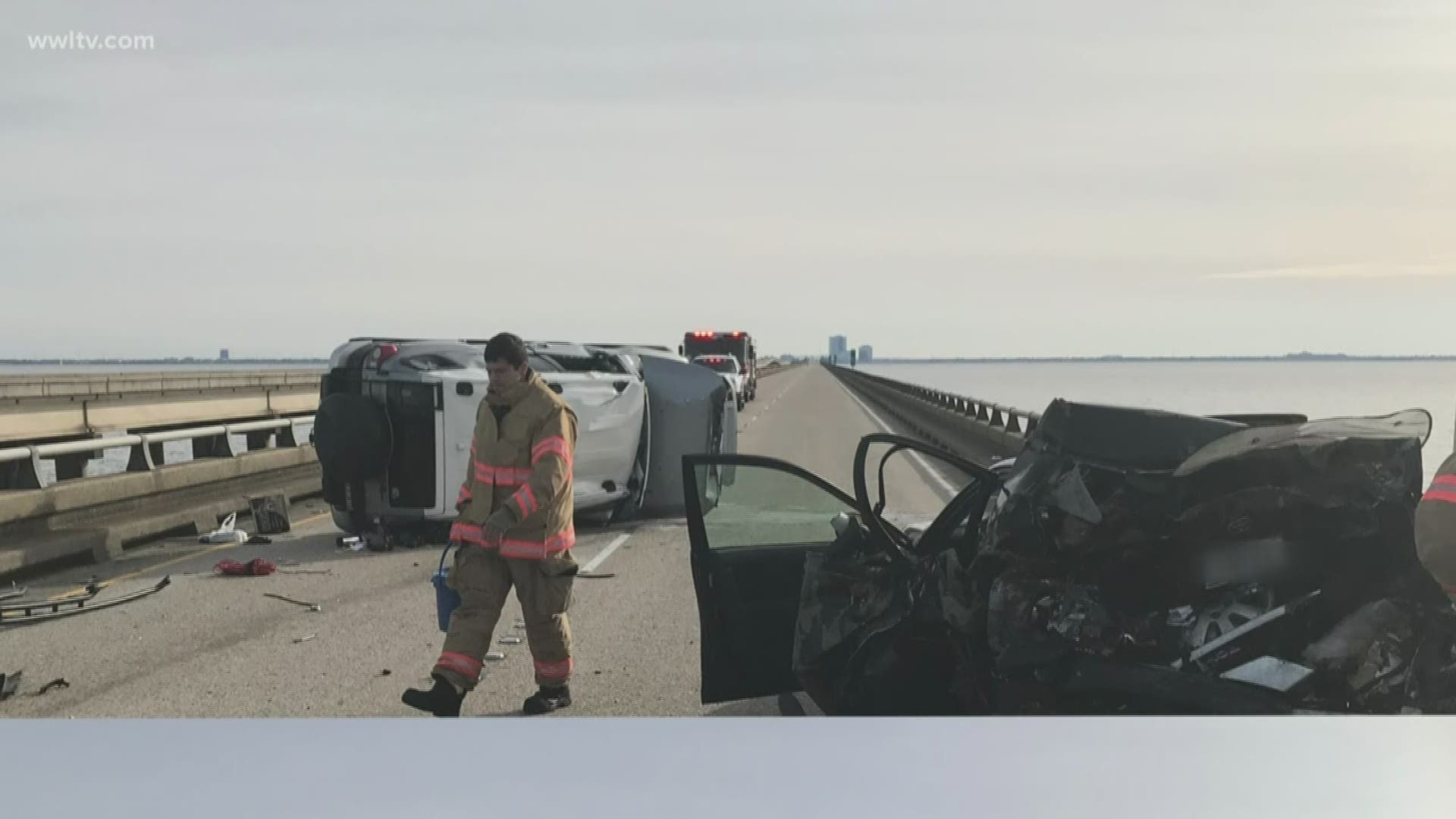 MANDEVILLE, La. — The southbound lanes of the Causeway were shut down by authorities for several hours Wednesday afternoon because of a fatal crash.

Authorities described the southbound crash as "severe" and closed down all traffic headed to New Orleans for around three hours.

The crash occurred at the 4.5 mile marker.

Causeway officials said around 3:30 p.m. that investigators were on their way to the scene, but that some preliminary information had been established.

A disabled car was rear-ended by an SUV, officials said. The SUV flipped in the crash.

Causeway General Manager Carlton Dufrechou said the woman driving the disabled vehicle called 911 when her car broke down. She was reportedly a half-mile from a pull-off, but was forced to stop in the lane.

Dufrechou said dispatchers heard the impact of the SUV rear-ending her. A doctor in another car helped & performed CPR on one of the victims.

The SUV driver was taken to the hospital but is expected to be okay. Dufrechou confirmed later Wednesday night that the woman in the stalled car was killed as a result of the crash.

She has not been officially identified as of 5:45 p.m. Wednesday, but is a Northshore resident.

The closure happened less than 15 minutes after the northbound lanes of the bridge were reopened.

Officials said the southbound lanes were closed just before 2:15 p.m. About ten minutes before, they had announced that traffic headed north was starting up after the initial crash, which was similar to the fatal one later.

In both crashes, a car struck a disabled vehicle. In the northbound crash, three people were hospitalized, but are expected to be okay, Dufrechou said.

Originally, the northbound lanes of the Causeway were closed for more than an hour Wednesday after a crash spilled over into both lanes, officials said.

The northbound crash happened around the 21.7 mile marker around 12:45 p.m. The wreckage from it wasn't cleared until about 2 p.m.