I-10 East reopens at spillway after several hours following crash

Drivers can now use I-10 between Baton Rouge and New Orleans after the scene of the crash was cleared. 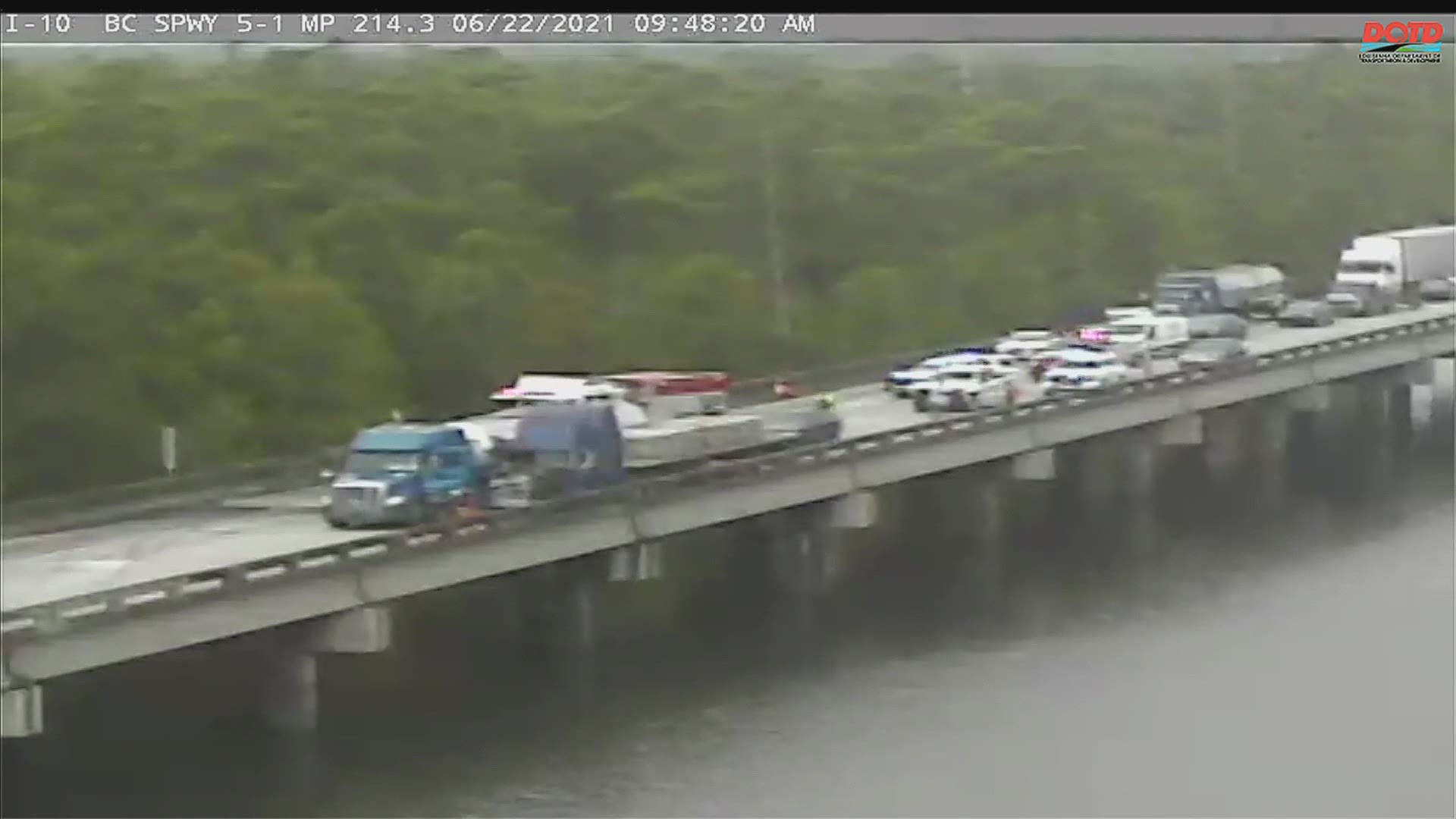 LAPLACE, La. — The eastbound lanes of Interstate 10 on the Bonnet Carre Spillway Bridge  have reopened after being closed for several hours following multiple 18-wheelers involved in a crash Tuesday morning.

Louisiana State Police say the crash, which happened after 9 a.m., caused a diesel spill. Eastbound traffic was detoured to the US Highway 51 to Airline Highway in LaPlace during the closure, which lasted approximately five hours. There were no initial reports of injuries.

The accident caused heavy traffic congestion nearby and drivers were encouraged to use alternate routes and to adjust their travel plans accordingly.

This is a developing story. For live traffic updates, visit the WWL-TV Traffic Center.